The Merrimack Police Department will host an open house this Saturday from ten to two and has a full day of interesting and fun activities planned for attendees.  There will be official ceremonies, of course and several cool demos, including of police and fire dogs, bomb robots and tasers.  Clydesdales from the nearby Anheuser-Busch Brewery will be on hand for photos and petting, too.  There will be several displays as well, including the department’s Dare Car and other mechanized equipment, the Merrimack High Robotics Team and the U. S. Marine Corps.  Manchester P D’s Mounted Unit and Bearcat SWAT vehicle will be there, too.  Balloons and face painting concession stands and more!  We’ve  posted the flier with complete details and the demonstration schedule with this newscast at Girard at Large dot com.

The Bow Police Department is warning of a phone scam involving Eversource, formerly P S N H.  The caller tells the intended victim their bill is overdue and an Eversource truck is down the street ready to shut off power if they don’t pay within 30 minutes.  Police say if you receive a phone call like this please do not make payment.  Eversource employees do not call customers to demand immediate payment or threaten shutoff.  The also they don’t go door-to-door, asking to see or discuss bills.  If someone does either, report it to your local police department immediately.  And for Pete’s sake, don’t give any personal information over the phone!

Balsams: About to get $28 million in state guaranteed bonds

Senate Bill Thirty, the so called Balsams Bailout Bill, sailed through the New Hampshire House of Representatives yesterday on a two ninety three to fifty seven Roll Call Vote.  Critics, who nicknamed the bill, complained it was twenty eight million dollar taxpayer giveaway to private sector developers.  Supporters, including Senate Finance Chair Jeanie Forrester, Republican from Meredith, said not so.  It is a needed change to state law that levels the playing field for rural areas of the state that are not incorporated as cities or towns.  By the way, those areas don’t pay property taxes.

Anyway, House Speaker Shawn Jasper issued a statement upon passage saying:  “By extending the local option for municipal economic development and revitalization districts to include our unincorporated towns, the door is now wide open for future development and job creation for the northern part of our state.  With the assistance of the State of New Hampshire, many of the economically challenged rural areas that have been battling to stave off economic hardship for years can now look forward to the prospect of economic prosperity.  The legislation that the House overwhelmingly passed today also creates a level playing field for the rural areas of the Granite State in attracting new business and creating jobs for their region.  By increasing the BFA’s bonding authority for the first time in over twenty years, this will also help the economic development for the entire state.”  So my question is this, will the properties in these areas now pay property taxes and if so, to whom?

While we’re under the State House Dome for news, Her Highness The Governess Margaret Wood Hassan blinked in her battle with the General Court, yesterday as she announced she would restore the seven million dollars she’d cut from the budget of New Hampshire’s county nursing homes.  Legislation to force her to follow the law she’d already violated by withholding the money would have put her in the awkward position of either having to admit she’d violated the law by signing it or refusing to follow the law by vetoing it.  Needless to say legislative leaders and the state G O P crowed in victory.

Analysis: Not a job creator

The Governor’s Shiny Choo Choo took a P R hit yesterday as the non-partisan Josiah Bartlett Center for Public Policy released a study showing that the Downeaster Commuter Rail that connects the Seacoast to Boston and Brunswick, ME has done absolutely nothing to create jobs. The Downeaster, which runs ten trains a day between Boston and Maine, makes stops in Exeter, Durham, and Dover.

The report cited several studies, including an extensive one done by the Federal Transit Authority itself, that show commuter rail isn’t a job creator.  Study authors shared interesting quote from the The St. Louis Federal Reserve regarding the idea that commuter rail creates jobs.  Quote:  “Rather than relying solely on rail to create economic development, city planners and officials should first address a key question:  Why is economic development not occurring in a given area in the first place?”  From there, the report stepped into its analysis, which we’ve linked to for your convenience.

That’s news from our own backyard Girard at Large hour ___ is next! 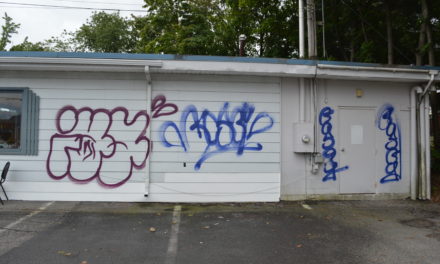