Approximately twenty people approached Attorney Brandon Ross to join the lawsuit he filed on behalf of former Ward Ten State Rep. Matthew Swank to invalidate the votes cast by three Manchester aldermen on the teachers’ union contract earlier this month.  Aldermen Ron Ludwig from Ward Two, Barbara Shaw from Ward nine and Normand Gamache from Ward Eleven voted on the contract  despite having immediate family members covered by it.

Ludwig: He was opposed to breaking the law before he broke it

The Manchester City Charter expressly prohibits elected officials from participating in any matter in which they or an immediate family member have a financial interest.  While the contract would have passed without their votes, the veto of Mayor Ted Gatsas could not have been overridden without them.  Both Ludwig and Shaw gave impassioned speeches in August about how they could not and would not break the law.  However, after intense lobbying, both of them reversed course in September and voted on the contract.  In doing so, both acknowledged they were acting in violation of the charter, especially Ludwig who said it was hard for him to go against the charter, but he was going to do it anyway.

Of the twenty people who came forward, Ross has selected eight of them and will file amendments with the court today.  He said it was up to the court whether or not to allow them to be added.  If they are, Robert Tarr and Michael Sigurd Olszta, who filed formal complaints over the vote with the city will be added to the list as will parent advocate Keith Katsikas, Tax Cap petitioner and Manchester City Republican Chairman Tammy Simmons, and plain ol’ residents Paul Chauvin, Mark Warden, James Gaudet and David Martinez.

The Manchester Board of School Committee rejected a move by Ward Two Committeewoman Debra Langton to eliminate the subsidy for board members who take the district’s health and dental benefits and use the savings to fund an algebra teacher for Hillside Middle School.  Both algebra classes at the school are maxed out at thirty.  Langton says she’s aware of at least a dozen kids who want to take the eighth grade class, but there’s no more room so they can’t.  She said it was wrong for students to be denied opportunities due to insufficient staffing.  After the board predictably shot the motion down, Langton expressed her dismay at how members could put their own wants and needs of student needs in the classroom.  Only Ward Seven’s Ross Terrio, Ward Nine’s Arthur Beaudry and Mayor Ted Gatsas supporter Langton’s motion.

The board also heard from it’s health insurance consultant who said he did not suggest the board project health insurance expenses would grow at just three and one half percent in light of plan changes.  While he did say that the combined experience of the city and school district over the past five years had averaged that rate of growth, he said such projections were very aggressive and he recommended using a projected four and one half percent growth rate.  He also said that the district was lowering the baseline upon which the growth rate was being calculated and wasn’t sure if the new plans would avoid the dreaded Obamacare Cadillac Tax.

Beaudry: Tell Hooksett to take it or leave it.

There was also a brouhaha over appointing a committee to continue negotiations with Hooksett for a high school tuition contract.  Beaudry, who was not present for the vote at the last meeting, said the district should stick to its last offer and live with whether or not Hooksett took it or left it.  Otherwise, he said, “we’re negotiating against ourselves.”

That discussion came not long after board Vice Chair Sarah Ambrogi announced she’d named at-Large member Kathy Staub chair of the new negotiations committee, along with Terrio, Ward Ten’s John Avard, Ward Five’s Ted Rokas and herself, which ought to make this an interesting committee to watch as both Staub and Ambrogi were on the last committee and voted, as members of the full board, against their own committee’s position after Terrio engineered a one year extension deal.

A vote to reconsider establishing the committee failed with Beaudry, Langton and Ward Twelve’s Connie Van Houten in favor.  Ambrogi said the two communities were very close to finalizing an arrangement and Avard said the city should try and salvage what it could and hope that enrollments will increase as the town sees what’s happening with STEAM Ahead program at West and the expansion of the School of Technology’s four year high school.

Investigators from the Bow, Pembroke, Allenstown, Hooksett, and Goffstown police departments are exchanging information regarding recent commercial burglaries in their towns.  Video of the burglaries indicates a strong possibility that the same suspect is responsible.  Just this past Friday night, the suspect in questione burglarized five Bow business located in the Dunklee Road area.   In all but one, nothing was taken.  The one thing taken, a 2 0 0 7 Bronze Acura T L was recovered last night in Manchester.  Anyone with information is asked to call their local police department or the Concord Regional Crimeline at 2 2 6 3 1 0 0.

The annual blood drive sponsored by the Bedford Fire Department and Professional Firefighters  is today from 12: 30 to 6:00 at the Bedford Safety Complex.  The Red Cross has an urgent need for donors.  Appointments in advance are encouraged, but not necessary.  We’ve linked to the online registration page if you’d like to schedule.  If you have questions about your eligibility to give, we’ve linked to that information from this news read at Girard at Large dot com as well.

The town of Bedford has also announced that Trick or Treat will be held on the evening of Saturday, October thirty first from six to eight.  The Bedford Police Department is asking motorists to use caution when driving through neighborhoods and be aware of children in the road.

The Manchester Public Works Department has announced the city’s next Household Hazardous Waste Day will be held on Saturday October tenth from nine to two at the city’s Drop Off Facility on Dunbarton Road.  This is an opportunity for Manchester residents to dispose of toxic household products safely, legally and free.  We’ve got the links you’ll need for more information to know what you can and can’t bring and how to bring it.  It happens only twice a year, so get ready to clean out the basement, garage, shed, sink cabinets, closets and where ever else you’re storing that stuff that can’t be tossed in the regular trash. 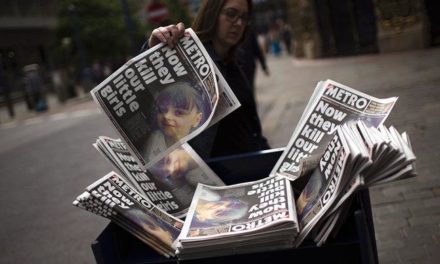