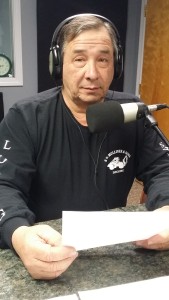 We were joined by Ed Naile, Chairman of the Coalition of NH Taxpayers, for A Question of Voter Fraud.  He started with sharing some news that he just found out about C. Robert Gibson.  He talked about his work with the Attorney General’s office and told us about the work that he has been doing in Kentucky, which is where Gibson’s parents live.  “If you can’t prosecute him persecute him,” Ed said.  He then gave us an update about an upcoming meeting with five detectives from Ukraine.