Local pollster Dick Bennett of American Research Group has entered the fray in the presidential primary.  Bennett released a poll yesterday showing billionaire businessman Donald Trump in the lead, but not by much.  The telephone poll interviewed six hundred randomly sampled likely voters, three hundred twenty nine Republicans and two hundred seventy one independents and has a margin of error of plus or minus four percent.  While Trump leads the field with twenty one percent, Florida Senator Marco Rubio has jumped to second place with fifteen.  Ohio Governor John Kasich is at thirteen, New Jersey Governor Chris Christie comes in fourth at twelve and Texas Senator Ted Cruz is fifth with ten percent.  The rest are in single digits, if they register in the poll at all.

Trump: On the verge of being fired?

Some surprising findings include only five percent saying they are undecided, fifty seven percent of those questioned said they would never consider voting for Trump while forty seven percent said they would never consider voting for former Florida Governor Jeb Bush.  Trump’s support broke down equally across age groups.  We’ve linked to the entire survey from this news read at Girard at Large dot com.

On the Democratic side, it would seem that Vermont Senator Bernie Sanders‘ lead in the state has evaporated as Hillary Clinton topped him forty six to forty three percent.  Clinton has a commanding lead among registered Democrats, which were three hundred eighty five of the six hundred people polled, fifty two to thirty seven percent.  Sanders has a bigger lead among the two hundred fifteen independents polled with fifty four percent to Clinton’s thirty six.  Sanders leads with men, who were only forty six percent of the poll, forty six to forty two and Clinton’s lead with women is only eight points, forty nine to fort one.

Former Maryland Governor Martin O’Malley received three percent of the vote.  Seven percent were undecided.  We’ve linked to the details from this news read at Girard at Large dot com.

The Goffstown Police Department issued a reminder remind residents of the existing town ordinance on alarm systems.  Alarm permits are valid from January 1st to December 31st each year and must be re-submitted for approval prior to December 31st of the year in which they expire.  There is NO FEE to obtain an alarm permit.  The ordinance states that no person shall install, maintain or operate an alarm system in the town of Goffstown without obtaining a permit.  Oh My HEAD!  Any person who operates an alarm system without first obtaining a permit as required by this ordinance, or who operates an alarm system when such permit has been revoked shall be guilty of a violation, and upon conviction thereof, shall be fined not less than one hundred dollars.

Upon application, the Chief of Police is authorized to issue a permit to any applicant to install, maintain and operate an alarm upon property within the town.  Residents and business owners, the press release warned, shall be accountable for violations of this ordinance.   We’ve published the link they gave us to the town’s Web site for your convenience.

Kane: Calling it a career

Just a quick news note for those who may be interested; Exeter Police Chief Richard Kane has announced his retirement.  On January eighth, Kane will retire after nearly thirty five years of distinguished service, which includes sixteen as Exeter’s chief.   Obviously, we wish him well.

The Most Reverend Peter Libasci, Bishop of Manchester has issued his annual Christmas message to the faithful.  In it, he says he directed the people of the Diocese to display the image of the Holy Infant Jesus in every one of our homes, churches, schools, institutions, rectories and convents.  He wrote he wanted people to have before them the image of the One whose holy birth we were preparing to celebrate; to see the One who will judge us as we stand before Him at the end of our life and at the end of the world.  Said Libasci quote:

By placing the image of the Holy Infant Jesus before us during Advent we were to remind ourselves of how fragile and precious the gift of life really is. Look at Him; His tender life was in the hands of people who could either welcome and care for Him together with Mary and Joseph, or tell them that there was “no room for them in the Inn.” 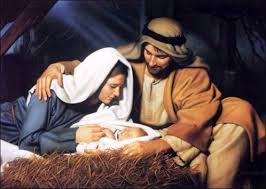 A prayer offered to the Holy Infant Jesus

Libasci’s message now instructs the faithful to quote “take the image of the Holy Infant Jesus from its place chosen for Advent to bring it, according to custom, to the manger.  I encourage you to say a silent prayer:

“As you made this humble shelter holy by your presence, grant me the Grace to confess my sins, amend my life and welcome you to reside in my soul so that I, too, may be made holy. Then, O Lord Jesus, let me share with you what your mercy can accomplish for the salvation of the world.  Amen.”