Good morning everyone it’s Christmas Day and we wish you a merry one, but that doesn’t mean the news comes to a halt.  As fortune would have it, we’ve got some exclusive stories this morning.

With temperatures topping sixty degrees, G O P presidential front runner Donald J. Trump held a press conference yesterday to claim he was the estranged son of the Heat Miser.  Skeptics went slack jawed as Trump, using a comb and a can of AquaNet hair spray, spiked his famed hairdo to reveal an uncanny resemblance.  Trump declined to answer questions about his mother, saying only he didn’t believe the rumors it was Mrs. Clause. 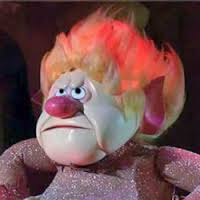 Miser: Gave son away to save the world

When contacted for comment, Heat Miser admitted paternity saying he gave his son up for adoption three months after birth.  He said after witnessing how he could raise temperatures by simply opening his mouth, he feared that the two of them together might be dangerous for the plane’s climate, though he disagreed with those who said that Trump’s presidential campaign was responsible for the unseasonably high temperatures that have been experienced in much of the country. 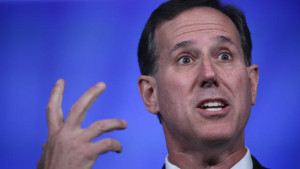 Santorum: A chip off the ol’ ice block

Not to be outdone, G O P presidential candidate, former Pennsylvania Senator Rick Santorum claimed to be the son on Heat Miser’s brother Snow Miser.  Santorum turned his profile to the crowd to show his hair and nose and held up his long, bony fingers to show he carried Snow Miser’s signature physical traits.   He claimed his ability to keep calm, despite passions that run pretty hot on a variety of issues, was a trait learned from observing his father’s work. 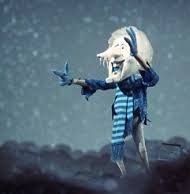 Miser: Hid son’s identity so he could make it on his own

Unlike Trump, Santorum wasn’t given up for adoption but, for reasons that may or may not be obvious, the family decided to keep his lineage out of public view.  Santorum was determined to be considered cool in his own right and didn’t want special treatment or consideration because of who his father was.  Snow miser said he respected his son’s decision to put the family identity on ice so he could make his own way and that now that he has, he’ll do whatever he can to drive temperatures down to support his son’s policies with respect to American energy production.

Claus: Attacked in mailer, vows to get last laugh

Santa Clause is wrong for America!  That’s what Right Voter dot com had to say in a mail piece that went across the state earlier in the week.  In the mailer, the group accuses Santa of shady labor practices, shipping jobs overseas, of being divisive and sanctimonious for keeping lists of the naughty and nice, conducting an illegal spy program, being in the pocket of Big Coal, cruelty to animals and of being a foreign born globalist in favor of one world government.  In responding to allegations that he had a shady record of exploitation and deceit, Clause told Girard at Large he planned to put his accusers on the naughty list, put a whole lot of coal in their stockings and transport them forever to the Island of Misfit Toys, after which he wished our audience a very merry Christmas! 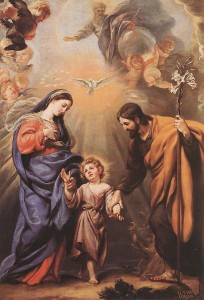 The Holy Family held a press conference in Jerusalem yesterday to decry efforts in America to equate their story to the plight of Syrian refugees whose welcome in foreign lands is contested.  Speaking for the family, St. Joseph said that equating their trip from Nazareth to Bethlehem as part of the Roman census with that of refugees fleeing war torn countries and whose ranks were infiltrated by those who wished to kill others was simply wrong.  In fleeing with his family to Egypt years later to avoid the murder of their son ordered by King Herod, they reminded everybody that they had neither declared war on, nor were in a fight with, nor were they or anybody around them a threat to anybody.  Moreover, said St. Joseph, they remained in territory where the language, religion, customs and traditions were familiar and they could earn their keep.

The Blessed Virgin Mary couldn’t help but notice the irony of those who, in her Son’s name, would endanger innocents by allowing those who cannot be known to enter their country, but who also so ardently support so called “abortion rights” in whose name so many innocents were killed, preventing their entry world in their country.

The Christ Child Himself reminded those in attendance that His Heavenly Father provided man with free will and that the exercise of that will required the exercise of good and responsible judgment in pursuing to His proscriptions for life.  Christ said he didn’t consider the needless endangerment of innocent life or the potential reckless upheaval that may arise from that endangerment something he would do.  He called on nations to provide safe haven in the afflicted region and pursue just policies that lead to enduring peace.  Finally, Christ urged those who would so endanger others to save some in the war torn region to apply the same passion and political premises to saving the unborn, who He said were the most threatened and vulnerable population in America and around the world.

That’s news from our own backyard, hour ___ of the pre-recorded Girard at Large special Christmas broadcast is next!