Will there be a budget or not?

The Manchester Board of Mayor and Aldermen, along with several of its committees, will meet in the Aldermanic Chambers at City Hall starting at four, when the Committee on Lands and Buildings will review sixteen properties taken by the city for failure to pay property taxes in the 2 0 1 0 tax year.  Hmm, seems the city’s taking its time to take properties that fail to pay.

At five o’clock, the Committee on Human Resources and Insurance will, among other things, review a summary of vacant positions and whether or not they were filled.

At six o’clock, the board itself will hold a public hearing on two proposed zoning changes.  The first is on Hooksett Road, that will impact residential properties on Day Street.  The second request would rezone three parcels comprising twenty four acres of low density single family areas on South Mammoth Road to high density multi-unit rental condos at the request of the very politically connected developer William Socha.  If approved, the number of dwellings built would go from twenty six single family homes under the current zoning to over two hundred condo units under the proposed zoning. 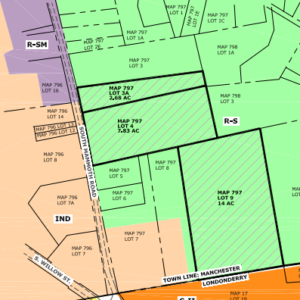 We’ve linked to all proposed changes from this news read at Girard at Large dot com.

Also, tonight, the Board of Mayor and Aldermen is expected to take action on the budget.  Under the city charter, the board has until a week from today to adopt a budget or the mayor’s proposed budget goes into effect as the city’s default budget, unless a budget passed by the aldermen is vetoed by the mayor, in which case the board would have until the end of June to pass a budget before the mayor’s budget was enacted as the default budget.

Long: Will he try again?

You may recall that at the last board meeting, Ward Three Alderman and Chairman of the Board Patrick Long attempted, with the still befuddling blessings of City Finance Officer Bill Sanders, to include additional state revenues for kindergarten funding in the school district’s budget to increase their funding and stay within the city’s tax cap.  The move fell one vote short of the eight vote majority needed to adopt the budget.  With that two million dollars no longer on the table in Concord, it remains to be seem what other revenue shenanigans the aldermen might play to increase spending on the schools or on the city side of the budget for that matter.

All eyes on them 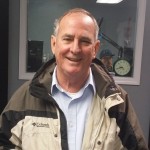 All eyes will be on Ward Eight Alderman Tom Katsiantonis and Ward Four Alderman Christopher Herbert tonight as well.  This will be the first meeting of the board since Katsiantonis was arrested on tax evasion charges and since Herbert declared there should be a government program to remove elderly citizens from their home so people who can pay more in taxes could live in those elderly persons houses.  Herbert said that the elderly being able to determine how schools were funded was, quote, “ridiculous.”

The aldermen are also expected to approve changes to the city’s agreement with the management of the McIntyre Ski Area, which adjusts their debt service payments on improvements funded through the city.  We’ve linked to the details in case your interested.

It’s Primary Election Day in State Senate District Sixteen today.  Voters will go to the polls in Manchester wards One, Two and Twelve and the towns of Hooksett, Candia, Dunbarton and Bow to pick their party’s nominee to succeed the late Scott McGilvary.  For the Republicans, the lone choice is former Senator David Boutin of Hooksett, who retired the last time out citing personal and family concerns.  Boutin has said those matters have come and gone and he’s now able to serve again.

For the Democrats, Manchester Ward One Alderman Kevin Cavanaugh will square off against Attorney Jim Normand, a state rep. in the seventies and one term executive councilor in the mid nineties.

The polls are open in the Queen City, Hooksett, and Candia from six this morning to seven tonight.  Polls in Bow are open from seven to seven and in Dunbarton, they’re open from eight to seven.  The winners will square off in a general election on July 25th. 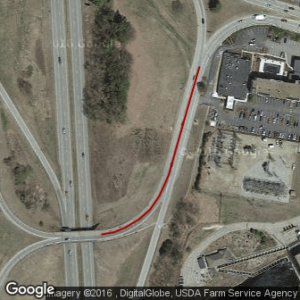 The New Hampshire Department of Transportation will hold a Public Informational Meeting on proposed changes to the Exit 6 and 7 interchanges off of Route 2 9 3.  The purpose of the meeting is to present citizens and public officials with information regarding the proposed project and solicit feedback to improve the plan.  Officials say the project may have an effect on historic properties and that owners of properties determined eligible for the National Register of Historic Places that abut the projects, of which I’d be surprised if there were any, may become consulting parties.

Anyway, the session is tomorrow night at Northwest Elementary School, starting at six thirty.  The public is invited and encouraged to attend.  We have all the particulars, including contact information for those who may need special accommodations, with this news read at Girard at Large dot com. 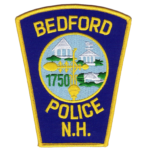 Bedford Police Chief John Bryfonski announced that the Bedford Police Department arrested two men in connection with the March tenth robbery of a local gas station on Route 1 0 1.  Twenty year old Joseph Rapaglia of Candia and eighteen year old Alex Toribio of Newmarket were charged with Unarmed Robbery.  The suspects turned themselves in after the Bedford Police Department secured warrants for their arrest.  The dynamic duo was ordered held on five thousand dollars bail and will be arraigned on July 27 in Merrimack District Court.