The New Hampshire Senate passed a bill with a thirty day voter residency requirement yesterday.  District Nineteen State Senator Regina Birdsell, Republican of Hampstead, Chair of the Public and Municipal Affairs Committee and a sponsor of the bill, said the senate vote quote “provides additional protections in our electoral system.”  In addition to the thirty day residency requirement, the bill clarifies the definition of domicile for voting purposes in an attempt to disqualify out of state campaign workers, among others, from quote unquote “drive by voting” in state elections.

Birdsell said if passed into law, New Hampshire would join twenty two other states who have imposed a thirty day residency requirement.  Quote:

We owe it to our citizens to ensure that those who are in the voting booth next to them have a vested interest in the communities they are impacting through elections,

said Birdsell, who urged the House to pass the bill, which is also supported by Secretary of State Bill Gardner.

In other news from Concord, Governor Margaret Wood Hassan signed S B 5 7 6 and S B 4 7 7  into law yesterday.  Both of these bills were recommended for expedited treatment by the Joint Task Force for the Response to the Heroin and Opioid Epidemic in New Hampshire.  S B 5 7 6 increases the penalties for possession and use of fentanyl-class drugs and requires insurance coverage for substance use disorders among several others provisions.  S B 4 7 7 establishes a commission to study Narcan.  We’ve linked to the bills from the today’s On Air News Read for your convenience.  The third bill recommended for expedited review, S B 3 6 9, was waylaid in the House where legislators removed the bill’s mandate requiring every school district in the state to provide annual drug and alcohol education beginning in Kindergarten.

For months there has been overly ambitious speculation about a large surplus coming out of FY 15 with numerous legislative proposals ready to spend the surplus balance. Today’s CAFR shows there is no surplus and we must continue to be careful stewards of New Hampshire taxpayer dollars.

The CAFR shortfall we are seeing is due primarily to overspending in the traditional Medicaid program. An unforeseen expense like this reinforces the need to be cautious when proposing new spending outside of the budget.

Forrester noted the senate was still waiting to see what savings were generated from the continuing resolution enacted after Gov. Hassan’s budget veto last June as legislators agreed to use those savings to fund the state employee pay raise.

It looks like set upon Hampstead Budget Committee Chairman Jorge Mesa-Tejada will be able to vote in the New Hampshire Primary after all.  Mesa-Tejada was banned from any school property by Superintendent Earl Metzler after questioning his claims that more than four and one half million dollars needed to be spent on an addition to the Hampstead Central School to improve student safety by eliminating portable classrooms.  Mesa-Tejada, a seventy nine year old retired Marine, suggested there were far greater liabilities for those who wanted to do harm than the ones claimed by administrators.  In October, Mesa-Tejada, also a former, longterm school board member, presented an analysis showing the school only had a sixty one point seven percent space utilization rate and could absorb the kids in the portable classrooms without an addition.

Mesa-Tejada: Gets permission to vote

Meanwhile in the Timberlane Regional School District, the other district which Metzler rules as superintendent, there was a bit of a dust up between school board Chair Nancy Steenson and board member Donna Green at last night’s meeting.  While Green was reading a letter she’d written to Steenson inquiring about the districts policies on the use of legal counsel by the superintendent and the authorization of lawsuits, citing one pending in federal court without board notification or approval, Steenson declared a recess and pulled the plug on the meetings audio and video to prevent Green’s questions from being heard by the public. 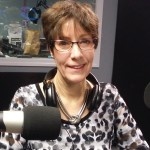 In a blog post after last night’s meeting, Green claimed this is the third time Steenson’s pulled the stunt, and charged the meetings weren’t actually recessed and that Steenson was simply acting to prevent the public from hearing what was going on.  Green will be our guest just moments from now, so we’ll ask her about it.