Metzler: You may vote…

This letter serves as my expressed written permission for you to enter onto Hampstead Middle School property on February 2, 2016 and March 8, 2016 for the sole purpose of exercising your right to vote and participate in the annual town election process. Please find attached school district policy KFA which outlines the expectations for your conduct while on school property.

That’s the latest invective from Superintendent Earl Metzler against Hampstead Budget Committee Chairman Jorge Mesa-Tejada, whose banning from any and all school property last week otherwise continues.  In the unsolicited letter sent yesterday, Metzler not only reiterated his no-trespass order stays in place quote “until such time as I provide written notification to rescind in full,” but he also asserts it is the second time Mesa-Tejada’s conduct has had to be addressed, claiming Hampstead’s Middle School principal quote “was compelled to issue you a letter of reprimand for the way in which you spoke so rudely to the students and staff members in the building.”

Of that incident, Timberlane Regional School Board Member Donna Green of Sandown writes in her blog quote

Mesa-Tejada: Part of a pattern?

The incident referred to was one in which Mesa-Tejada told a teacher to close an open door in the middle of winter. The teacher felt he was spoken to rudely and complained to the principal. Without contacting Mesa-Tejada, the principal wrote a letter asking (him) to be more respectful in the future. Upon receiving this letter, Mesa-Tejada spoke to the principal and put the interaction in context. It was a normal human interaction, that was blown out of proportion but which fed into the superintendent’s agenda to discredit a long-standing critic.

In the attached copy of the Hampstead School District’s Policy K F A:  Public Conduct on School Property, which listed behaviors Mesa-Tejada hasn’t engaged in at all, never mind on school property, the policy interestingly reads quote:

(T)he District reserves the right to issue “no trespass” letters to any person whose conduct violates this policy, acceptable standards of conduct, or creates a disruption to the school district’s educational purpose.

Green: Has felt the sting of false accusation

That’s interesting because, unless Metzler thinks he IS the district, which is entirely possible, it’s arguably up to the school board to issue no-trespass orders, not the superintendent, which might be why Metzler wrote in his letter that the Hampstead School Board quote “will review this No Trespass Order at one of their future meetings” (end quote) and let Mesa-Tejada know if there are any changes.

Meanwhile, Girard at Large has learned that Metzler tried to get the Hampstead Police Department to investigate Mesa-Tejada for Criminal Intent to Threaten.  Apparently, after Police Chief Joe Beaudoin declined, saying there was nothing criminal about Mesa-Tejada’s comments, Metzler demanded he do so.  To appease him, we’re told, Beaudoin queried the town’s prosecutor, the County Attorney’s Office and the state police, after which we’re told he told a reportedly unhappy Metzler there was nothing to investigate. 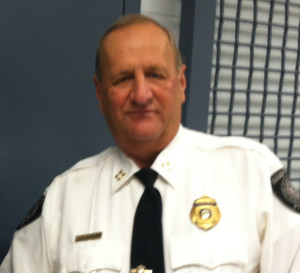 Beaudoin: Nothing to see here, really.

Fortunately for Mesa-Tejada, the Hampstead Police Department doesn’t have its own version of Lt. Bill Baldwin, the Metzler compatriot in the Plaistow Police Department that conspired with him to besmirch the aforementioned Donna Green by investigating her for threatening conduct after Metzler issued a no-trespass order against her.  That investigation was closed after Green hired an attorney who showed, in no uncertain terms, how Baldwin’s investigation violated investigative protocols and Green’s rights and forced them to cough up the security video that proved there was no confrontation between Green and district employees at all. 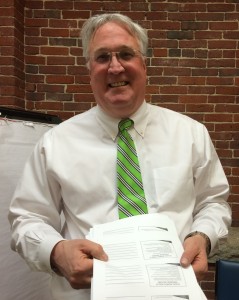 Upton: The dos and donts

The Manchester School Board met last night in their meeting room at school district headquarters in special session to discuss their legal roles in staff disciplinary and non-renewal processes.

The board received an hour and a half presentation from Attorney Mattew Upton on the do’s and don’ts of handling items ranging from employee grievances to misconduct to firings and criminal cases.  The meeting was originally supposed to be a “non-public non-meeting with counsel” until questioned by at-Large Member Rich Girard.  As a result, it was opened to the public, filmed by Manchester Public T V and covered by our very own Melanie Friese, who live blogged the meeting for those who would like to review the rules school board members are legally constrained follow in the event they are contacted about a district employee. 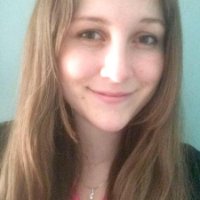 Because the board serves a quasi judicial function in personnel matters, board members are not allowed to investigate complaints about employees or discuss them with other board members or the public.  Any complaints are required to be turned over to the superintendent, whose office is tasked with personnel investigations.  Good luck making any of that information public, by the way.

A large concern that many members had before voting in these cases was the amount of time they’ve had to review the documents.  As Board Vice Chair Arthur Beaudry put it, quote:

“They drop a two inch thick report in front of us at the moment the hearing starts and don’t allow members time to read it before passing judgment.”

Upton acknowledged the concern, explaining they can only pass along the information in advance if the union representing the employee agrees, which they often don’t.  He said he would relay the board’s desire to have the information in advance of the hearing and let the unions know that if the reports don’t get to them by at least the Friday before a Monday hearing, they will stop the hearing once the information is received and or postpone making a decision, for the up to ten school days after the hearing allowed by contract, so board members have adequate time to review all materials pertaining to the case.

The meeting also clarified what the superintendent can and can’t say to update board members on the investigation.  In short, they can know procedurally what’s been done and what’s left to be done, but can’t know any of the details as it may prejudice and disqualify them from a hearing.  We’ve linked to Melanie’s live blog of the meeting from this newscast at Girard at Large dot com.  We also took an audio recording of the meeting, which did enter into a legitimate non-public session to confer with counsel, and will post it as soon as we figure out how to get it off the recorder.