Budgets were on the agenda of the Manchester Board of School Committee on Wednesday night.  Among the items shared by Superintendent Debra Livingston was that every principal in Manchester will have a budget for their building, that includes utilities, repairs and maintenance, supplies and salaries, and OOOHHH sooo much more by the end of the month.  Mayor Ted Gatsas has pushed for building level budget accountability as a way of understanding where and how money is spent in the district.  Currently, budgeting is done centrally, at the district level, making it difficult, if not impossible, to track expenses on a building level.  Gatsas believes understanding what’s spent at the building level will be helpful in changing how schools operate.

Livingston: Tough decisions to be made

In making her presentation, Livingston said she expected to be bringing a budget that met the city’s Tax Cap forward in March.  She also sought, and received, approval to bring forward a second budget that will show the board and the Board of Mayor and Aldermen what she believes the school district needs to operate.  She warned the budget will be very tight and that tough decisions will need to be made.  (Guess she should have thought about that before rallying behind the teachers contract last fall.)  Anyway, adding to the budget woes, the district is projecting it will lose one point six million dollars in revenue, mostly from a reduction in aid from the state, which will have to be offset before expenditures can actually be increased.  So, while the city’s Tax Cap will allow for tax revenues to go up by one percent this year, it’s not looking like expenditures will be able to increase past current levels, which ought to make things really interesting when the impact of the whopping raises granted to teachers in September has to be accounted for.

The board also approved a deal negotiated by Gatsas with Catholic Medical Center and Elliot Health Systems.  Under the one year agreement, the hospitals will provide the district and city with an additional three percent discount on services provided to those covered by city and district health insurance plans.  Gatsas has projected it will save about half a million dollars.

The board agreed to conduct an audit of its health and dental insurance programs as well.  The audit is designed to ensure that all dependents covered by the plan are eligible for coverage.  Early estimates suggest the move could save the district over two hundred thousand dollars. 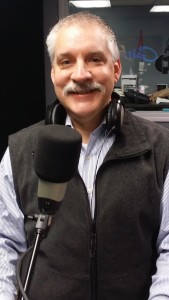 Manchester’s Police Chief Nick Willard and Health Department Director Tim Soucy announced that the city has been awarded a grant from C V S Pharmacy to install a Drug Collection Unit inside the lobby of the Manchester Police Department.  The unit will provide residents with a safe and environmentally responsible way to dispose of unwanted, unused or expired medication, including controlled substances.  It is intended to reduce the amount of unneeded medicine in residents’ homes and decrease prescription drug abuse, which has soared in recent years, especially among teenagers.  More than 70 percent of teenagers say it is easy to get prescription drugs from their parents’ medicine cabinets, according to a 2014 Partnership for Drug-Free Kids study.  The new unit will also help the city prevent the contamination of local landfills and water supplies from unused medication.  Drugs can be dropped off 24/7 at the site with no questions asked. 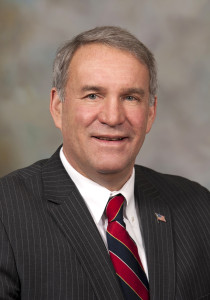 Little: Wage hike too much

“We’ve made great strides to boost New Hampshire’s economy with business tax cuts this past year and other changes that will continue to improve our state’s economic outlook and our state’s employers’ ability to be successful and establish their own competitive wages.  Requiring all employers to nearly double their minimum wages would hurt small businesses and would result in fewer jobs and hours available for hourly employees.”

The senate also approved S B 3 8 0, which establishes a trust fund to restore drinking and ground water contaminated by M T B E, a gasoline additive once upon a time mandated by the government to reduce pollution.  Turns out it polluted a whole lot of water.  Brilliant!  According to Senate President Chuck Morse, Republican from Salem, the bill quote “ensures every dime collected by the State of New Hampshire as a result of damages and settlements from MTBE contamination be used only to remediate affected ground and drinking water and provide preventative measures to limit ground water contamination in the future.”

Senator Bernie Sanders‘ commanding lead over Hillary Clinton continues.  While Bernie’s slipped three points and Clinton’s gained six, Sanders still leads fifty eight to thirty six percent.  Yesterday’s poll contains two day’s of post Iowa Caucus results for those of you who are looking to understand who got what if any kind of bounce from the caucus results.  Click here for the results, which include those published after we went on the air this morning.

While we’re on the topic of elections, Manchester’s Office of the City Clerk is scrambling to find poll workers for this Tuesday’s primary.  It’s a paying gig, so if you’re a registered voter in Manchester and you’d like to get paid to work at the polls on Election Day, which is actually interesting work, please call 6 2 4 6 4 5 5 immediately if not sooner and be an important part of the electoral process!

With the world descending on the Queen City for the next few days, be advised that the Manchester Police Department has announced a series of traffic pattern changes you’ll probably want to make note of.  We’ve published them at Girard at Large dot com and linked to them from this news read. 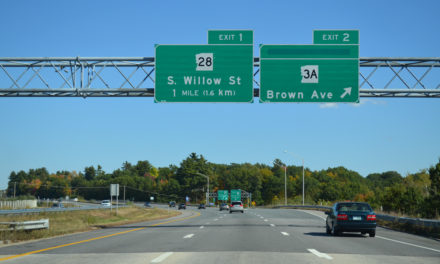