Mitchell: On the ballot today

It’s Election Day in the Queen City as voters go to the polls in Ward Five to elect a successor to the late Ed Osborne, the ward’s longtime alderman.  In the running today are:  Cheryl Mitchell, a neighbor and friend to Osborne for many years who founded the Eagle Eyes Neighborhood Watch, a registered non-profit organization; Richard H. Olson Jr., Executive Director of the Londonderry Fish and Game Club and President of the New Hampshire Wildlife Federation;  former Ward 5 State Rep. Tim O’Flaherty, a member of the Free State movement; Tony Sapienza a line worker with Eversource; and Ted Rokas, who currently represents the ward on the Board of School Committee and as a state representative.  The polls are located at the Beech Street School and will be open today from six this morning until tonight at seven.

Voters will also go to the polls today in Hooksett, where there’s pretty much a Soviet style ballot, with lots of gaps that need to be filled by write in candidates, like for the budget committee where there are four empty seats.  Not a whole lot of excitement there today.  Heck, I couldn’t even find a sample ballot on their Web site and had to do a Where’s Waldo search to find the polling hours, which are also from six this morning until seven tonight at the Cawley Middle School.

Two school buses ended up in a fender bender at the corner of Beech and Amherst streets. causing minor damage to the buses. One of the buses did have kids on board, but no injuries were reported.  We thought we’d share this story so that Dave in Hooksett, who has called frequently about traffic outside of Central High School, would experience a little vindication.

Coffee: To be served by Bedford’s cops

The Bedford Police Department’s monthly Coffee with a Cop was moved to today and to the Dunkin Donuts on Leavy Drive from eight to ten this morning.  All are welcome to pop on by.

Another marathon meeting of a governing board in Manchester took place last night.  This time it was the Board of School Committee and it got off to a rocky start as third graders from the award winning Parker Varney School presented the findings of their study on school lunches.  The kiddos noticed that there was a whole lot of food being thrown away, so they decided to investigate.  It was an impressive presentation entitled “Rethinking School Lunch” that surveyed all fourteen elementary schools and analyzed the results in a spreadsheet, researched alternative operations in Lowell, Mass and Finland and spoke with food service administrators before drawing conclusions and making recommendations. (I wonder if they can teach Superintendent Livingston how to conduct an investigation.)  Their recommendations included, which foods needed improvement, new foods the kids would like, and ditching Styrofoam trays.  They also recommended doing away with the current system that cooks food in one school and distributes it to all others in favor of on-site food preparation, like they do in Lowell.

That had Mayor Ted Gatsas looking for a motion to start a pilot program at Parker Varney to do just that in September.  He suggested Aramark, the city’s current janitorial services provider and Civic Center manager would install the equipment for free and operate the pilot to see how it worked.  That brought push back from Ward One’s Sara Ambrogi who thought it would be better to go through the bid process to see what others might offer and Ward Nine’s Arthur Beaudry who freaked out over the prospect that current city employees might lose their jobs.  The motion failed on an eight to seven vote.  The motion by Ward Ten’s John Avard to issue a Request for Proposal for the project passed on a vote of ten to five.

The board also has an animated discussion over a proposed settlement with the federal Department of Education’s Office of Civil Rights, which accused the district of failing to involve minority students in various educational opportunities, like A P Classes and criticized it for not having enough minority teachers.  We’ll discuss that this morning.  It heard why the Youth Risk Behavior Surveys are absolutely indispensable, got a revamped proposal on Adult Education that seemed to please everybody to some degree, tediously haggled over job descriptions for assistant superintendents and elected Ambrogi their new vice chair over Beaudry on a vote of eight to six with Gatsas abstaining.  Ambrogi replaces David Wihby who resigned after being arrested for soliciting a prostitute in Nashua.  Wihby entered a plea of not guilty in Nashua District Court yesterday, by the way.  And finally, Hallsville School parent Keith Katsikas came before the board to request an independent investigation into what happened in his son’s fourth grade classroom. 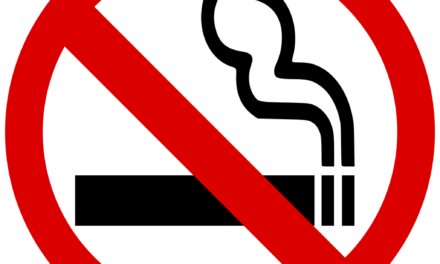