40 Days for Life will hold the opening rally of their Lenten Prayer Vigil tonight at Ste. Marie’s Parish on the West Side of Manchester.  The group is in the midst of a forty day prayer vigil, which started on Ash Wednesday and will end on Palm Sunday, outside of the Planned Parenthood clinic on Pennacook Street in Manchester.  They are looking for additional volunteers to help fill the twelve hours they planned to be there each day.  We’ve linked to their vigil calendar in case you’re interested. 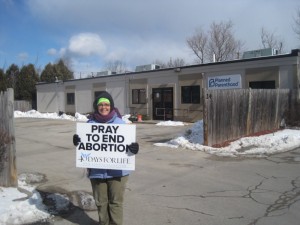 Vigil in need of volunteers

The group has also announced a donor has pledged one dollar for each vigil hour filled by a volunteer during the 40 Days for Life Vigil and that they will match any other pledges of any amount, up to a total of ten dollars per hour.  The money will be donated to the Pennacook Pregnancy Center which opened across the street from Planned Parenthood. 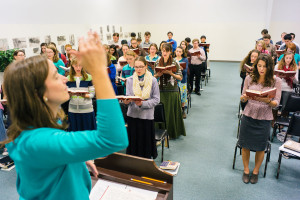 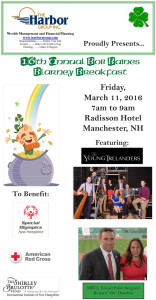 The date for the Sixteenth Annual Bob Baines Blarney Breakfast has been announced.  It will be held on Friday, March eleventh from seven to nine at the Center of New Hampshire Radisson in downtown Manchester.  This year’s special guest is M B T A police officer Dick Donahue.  Donahue was severely wounded in a shoot out with the Boston Marathon bombers.  He needed forty six units of blood and months of rehabilitation following the gun battle.  He is now retiring because of his injuries.  The Red Cross is one of the annual beneficiaries of the breakfast.  We’ve linked to a Boston Hearld story about Donahue from this newscast at Girard at Large dot com and linked to the Blarney Breakfast Web site with all the details and ticket information.

The town of Auburn has announced it will hold its town and school district elections on March eighth.  Polls will be open from seven to seven at the Auburn Village School.  Auburn has released sample ballots for voters to look at before they go to the polls and we have, of course, linked to it from this news read at Girard at Large dot com.  In addition to contested races for school board, selectman, police commission and planning board, there are multiple warrant articles on both ballots that are likely going to take some time to read and consider, so you might want to check out that sample ballot in advance.

Some members of the New Hampshire Senate have expressed concern over the state Department of Health and Human Services’ handling of the Developmental Disabilities Wait-list in wake of the Acquired Brain Disorders and Developmental Disabilities Audit Report, which was presented to the General Court’s Joint Fiscal Committee on Friday.  Senate President Chuck Morse, Republican from Salem, was un-amused with the report, issuing a statement saying the audit quote

“reported 109 individuals who, at that time, were still on the waitlist to receive services. In addition, $38.5 million went unspent within the department, which should have provided services for every individual, eliminating the waitlist altogether.

“We also heard, today that the waitlist has grown to 153 individuals in need of additional services, instead of decreasing like we intended it to.”

“The report itself cited serious mismanagement, a lack of steadfast policies and rules, and a poor use of resources. This system has underserved some of our neediest citizens and that is unacceptable to the legislature. I expect further explanation and prompt corrective action to be taken to address these issues.”

“… the State should be embarrassed by the withholding of funds and resources from those most in need in our community.  The number one responsibility of government is to help those most in need and beyond any measure, this report clearly shows the Governor and executive branch fundamentally failed in this regard.  This failure falls exclusively on the Governors’ desk and she has not protected those most vulnerable in New Hampshire, to the point where I question what her priorities are.”

Manchester:  No trash or recycling today, but kids are going to school.

The city of Manchester released an advisory over the weekend reminding residents that there will be no recycling or refuse collection today, in observance of President’s Day.  Manchester residents who would normally put their trash or recycling out today should put it out tomorrow.  All other Manchester residents should put their trash and recycling out as normal, though the city anticipates that some residents may experience a delay of up to twenty-four hours for trash and recycling pick up.  Please contact the Department of Public Works at 6 2 4 6 4 4 4 with any questions or concerns.  Note well that schools in Manchester are OPEN today.  So, be sure to get the cherubs up and off to school.