The state’s two largest chambers of commerce, representatives from the high-tech community and the New Hampshire Rail Transit Authority, among others, are asking the State Senate to access four million dollars in federal funding to move forward with the next phase of the N H Capital Corridor Rail Expansion Project.  They want the Senate Transportation Committee to reintroduce four million in state funding for the project through an amendment to the state’s Ten Year Transportation Improvement Plan.  The group says that state funding would come from tapping four million dollars in toll monies to leverage federal funding.  The committee will take up the issue at its meeting today.

Skelton: Chamber “all aboard”

deliver critical data regarding the financial implications of the project at zero cost to the state. Izbicki: Time to get with it.

Department of Transportation Commissioner Victoria Sheehan, argued that including the project in the Ten Year Plan and funding “Project Development” does not mean that rail expansion will necessarily occur.  She said the legislature is not being asked to commit to the construction of the project, but that being able to go through and answer the questions that have so far been unanswered will enable lawmakers to be adequately informed when making a decision on how to proceed in the future.

The so called Yankee Primary is today.  Voters go to the polls in Connecticut, Rhode Island, Pennsylvania, Delaware and Maryland.  Donald Trump is expected to have a big day, so much so that yesterday Senator Ted Cruz and Governor John Kasich announced an alliance to stop him.  Kasich is going to pull out of Indiana’s primary on May third, an odd thing to do in a state that neighbors your own and Cruz is going to pull out of Oregon on May seventeenth and New Mexico on June seventh.  Each is encouraging their supporters to vote for the other in the states they’re going to not compete in.  Good luck with stopping Trump after today.

The Building and Sites and Redistricting committees of the Manchester Board of School Committee will meet at City Hall tonight starting at five thirty.  What was looking like a routine meeting of Buildings and Sites was upset with an item of new business that was emailed to committee members late Friday, more than a day after the agenda was released to the public.  Superintendent Debra Livingston will ask the committee to accept a proposal to convert space at West High School for pre-school use.  She partnered with the Washington, D. C. based Save the Children Action Fund, the political action committee that spent nearly one hundred thousand dollars to influence the outcome of elections for school board and alderman last fall, to develop the proposal.  The Special Committee on Redistricting will review results of a survey sent to the district’s principals as well as building capacity information sent to board in an email just yesterday.

Hooksett is the school board of the year

The New Hampshire School Boards Association has named the 20 1 5 Hooksett School Board its  School Board of Excellence Award winner.  While the announcement did not include an explanation as to why the award was conveyed, the submission criterion soliciting nominees includes that quote:

“The board will have demonstrated excellence and best practices in areas such as: Governance, Fiscal Responsibility, Innovation, and Statewide Adaptability”.

There are criterion, of course.  Perhaps N H S B A Executive Director Barrett Christina will share the details of the award when he presents it to the board at its May seventh meeting.  We’ve linked to the award criterion in case your curious.  Our congrats to the Hooksett School Board.  http://www.nhsba.org/about_awards.asp

Parenting New Hampshire magazine won six awards at the 2015 Editorial and Design Awards for parenting publications at the Parenting Media Association’s Annual Meeting in Indianapolis.  Among the awards won by the magazine, which is edited by Melanie Hitchcock, were four gold awards for their Editor’s Note/Publisher’s Note, the Profile Story written by Pamme Boutselis, the Service Feature penned by Mary Ellen Hettinger, and the Humor Column written by Bill Burke.  The magazine also won a silver Award for Interior Photography shot by Kendal J. Bush and a bronze award for Special Section Design by Nancy Tichanuk.  The Parenting Media Association, a non-profit representing the family media market since 1 9 8 8, received 6 4 5 entries in 2 0 1 5 from magazine issues and digital publications.  For more information on Parenting New Hampshire, visit parenting n h dot com. 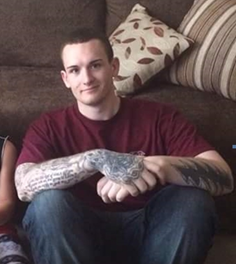