Save Our PRIVATE Schools From Common Core in NH

House Bill 1637, the school choice for small towns bill, was corrupted by the Senate with amendment #1736s which would require private schools to adopt Common Core and administer the aligned statewide assessments.

School Choice New Hampshire along with Cornerstone Action opposes HB1637 because this is a dangerous bill that seeks to put private schools under the control of the state and federal government.

According to Schoolchoicenh.com: “Because the two legislative bodies passed different versions of the bill, HB 1637 is now heading back to the House. The House Education Committee must make a recommendation whether or not to concur with the Senate version or request a Committee of Conference to reconcile them. It could go badly for our efforts to support Croydon and school choice — too much would depend on how those negotiations go and who is named to the committee. Therefore, our best and most assured option is to kill the bill and not concur with the senate version.”

In order to preserve real “choice” in education, it’s important that our private schools are not put under state and federal control. New Hampshire currently has a “school choice” program that does not require private or parochial schools to accept the terms that would require them to relinquish autonomy and control. That control resides with the parents and administrators. Any attempts to bring more choice to parents must never be done in this way.

Our private schools are now at serious risk of falling under state and in many ways, federal control since the New Hampshire Department of Education is now carrying out the federal education reform agenda.

We urge you to contact your state senator immediately. Tell them to vote NO on reconsideration of HB1637. You can find your senator here: http://gencourt.state.nh.us/Senate/members/wml.aspx

If you live in the towns of:
Newbury, Springfield, New London, Sunapee, Goshen, Grantham, Lempster, Washington, Marlow, Hillsborough, Langdon, Windsor, Bennington or Francistown, it’s even more important to contact Sen. Little who is a co-sponsor on this disastrous amendment.

If you live in the towns of:
Northwood, Pittsfield, Chichester, Pembroke, Allentown, Nottingham or Raymond, it’s even more important to contact Sen. Reagan who is a co-sponsor of this disastrous amendment.

If you live in the towns of:
Newton, S. Hampton, Kensington, Hampton Falls, Seabrook, Hampton, N. Hampton, Stratham, Greenland, Rye, or New Castle, it’s even more important to contact Sen. Stiles who is a co-sponsor of this disastrous amendment.

Please send a second e-mail to members of the House Education Committee (e-mail addresses are listed below) urging them to reject the Senate’s version of HB 1637 with a non-concur decision and kill the bill. 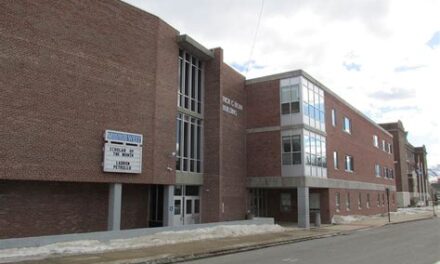 O’Connell to Dichard: Get ready, Manchester West is going to be closed.