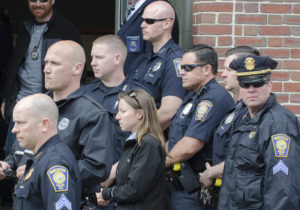 The Thin Blue Line was noticeably bunched up at the arraignment of Ian MacPherson in Manchester District Court yesterday as dozens of officers in uniform attended the hearing.  Among those present were members of MacPherson’s family who’ve said the thirty two year old Merrimack High School grad has suffered for years with mental illness.  The officers shot by MacPherson were both in the courtroom.  Officer Ryan Hardy was in uniform and wore a bandage on the right side of his face where he was shot.  Officer Matthew O’Connor, who was shot in the calf, entered the courtroom on crutches wearing plain clothes. 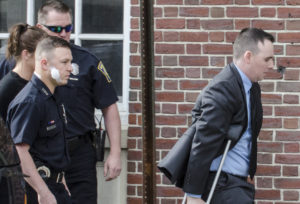 Judge Gregory Michael ordered MacPherson held without bail on the felony charges of Attempted Capital Murder pending a probable cause hearing scheduled for May twenty seventh.  Court rules did not permit MacPherson’s attorney to enter a plea on the felony charges.  That has to be done in Superior Court.  On the misdemeanor charge of resisting arrest, MacPherson’s attorney, Sarah Rothman, entered a plea of not guilty. 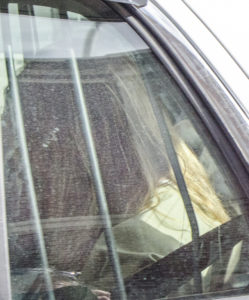 Judge Michael refused the prosecution’s request to keep the quote “Applications for Search Warrants and Arrest Warrant, the Affidavit in Support of the applications, the Returns, any result in Search Warrants or Arrest warrants that may issue, any additional Paperwork that may issue in this case, and the instant Motion to Seal” sealed.  That means we now know what the cops knew and when they knew it, which includes MacPherson emerging from the woods near 467 Bartlett Street, which is near the corner with Janell St., at about five AM, roughly two and a half hours after O’Connor was shot on Putnam Street near Rimmon Street.  Police also found the gun MacPherson used, his black ski mask and wallet in the area near where he was arrested.  His trench coat was found under a porch on nearby Valley West Way.

The Manchester Police Department continues to investigate and is asking for input from members of the public.  Anyone with information is asked to contact Detective Lucas Hobbs at 7 9 2 5 5 1 9.

We’ve uploaded the information prosecutors wanted to keep secret with this news read at Girard at Large dot com.

The decade long law suit the state of New Hampshire has waged against ExxonMobil came to an end yesterday when the United States Supreme Court refused to hear the company’s appeal of a two hundred thirty six million dollar verdict against it.  In refusing to hear the case, the supremes upheld the verdict, which was assessed for Exxon’s failure to warn of the dangers of the gasoline additive MTBE.  Governor Margaret Wood Hassan recently signed Senate Bill 3 8 0 into law, which states that the money from this case will only fund projects related to cleaning and protecting drinking water in the state.  Legislation enabling up to ten percent of judgments over one million dollars to be placed in the state’s Rainy Day Fund has been approved by the General Court and is awaiting the governor’s signature. 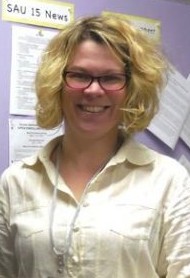 The Subcommittee on Finance of the Manchester Board of School Committee met last night.  Among the items on the agenda was a communication from Mayor Ted Gatsas regarding the results of the Request for Proposals district administrators issued to develop a school for special education students in need of outplacement services.  Gatsas, along with Special Services Director Nash Reddy and Business Administrator Karen DeFrancis recommended a contract with Life Share. 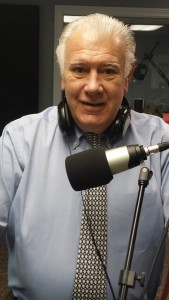 Gatsas said that while the district was on the hook to pay Life Share two point three million dollars for sixty seats no matter how many were occupied, the contract also enables the district to occupy an additional forty seats at no additional cost.  The attending students could either be from Manchester or other districts needing to place students in a specialized setting.  Reddy said that like Manchester, districts around the state were in need of a school like the one proposed and that she was confident the guarantee of sixty students could be met by a combination of students from inside and outside of the district.

Scenarios presented by Gatsas and DeFrancis showed a range of potential financial impacts from the program saving up to one point one million dollars to costing over half a million versus current costs.  Gatsas pointed out that for every seat filled over the sixty it had to guarantee, the revenues were free and clear of any additional costs.

While additional details still need to be worked out, like the terms for years two through five of the proposed contract, it appears as if Life Share, which has a proven track record having already built and operated schools in Arizona and Colorado, would have the facility up and running by October first.  Because only two of the five subcommittee members were present at the meeting, there was no quorum and the attending members, committee Chairman Rich Girard and Ward Six Committee Member Dan Bergeron, could take no action.

After convening the meeting and receiving informational presentations on virtually every item on the agenda, Girard recessed the meeting until six thirty on Thursday night, at which time the committee is expected to vote on recommending the proposal. 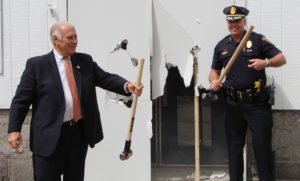 Building on Hope, the volunteer organization that renovates non-profit group facilities at no charge, began renovating the Manchester Police Athletic League’s Michael Briggs Community Center on Friday.  Groundbreaking ceremonies originally scheduled for Friday, but postponed because two Manchester police officers were shot that day, took place yesterday.  The million dollar project, funded by cash and in-kind contributions from the community, is expected to be completed by May twenty second.  The overhaul will transform the sixteen thousand five hundred square foot building built in 1 9 1 4 into a state-of-the-art facility with seventeen rooms dedicated to improving the lives of Manchester’s inner-city youth.