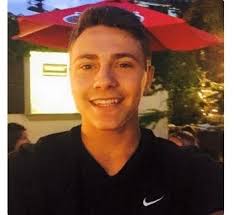 New Hampshire Attorney General Joseph A. Foster, State Police Colonel Robert L. Quinn and Derry Police Chief Edward B. Garone announced an investigation has been launched into a shooting death in Derry.  At approximately eleven nineteen on Wednesday night, officers from the Derry Police Department responded to a 9 1 1 call on North Shore Road near Island Pond Road.  Once there, officers discovered seventeen year old Cole Kinney of Lowell, MA dead of a gunshot wound.  Investigators have determined that multiple individuals were involved in the incident, which appears to have been a drug deal gone bad, but have determined that there is no ongoing threat to the community.  No one has yet been arrested in connection with the incident and the investigation is ongoing.  Anyone with any information  is urged to contact Sgt. Brian Strong of the New Hampshire State Police at 2 2 3 8 5 6 8 or at brian dot strong @ d o s dot n h dot gov.

The Candia Police Department issued a press release announcing it has obtained additional gun locks from Project ChildSafe to provide to residents free of charge.  If you live in Candia and would like to have a lock for your gun, the department invites you to stop by the station during normal business hours.  This is the second offering from the department in recent weeks. 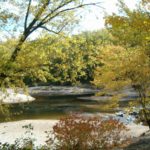 The Merrimack Police Department issued an advisory warning of high E coli levels in the Souhegan River at Watson Park.  The notice recommended folks not swim there until levels return to normal.  We assume they’ll issue notice when that happens.

The Queen City’s legendary Muchachos Drum and Bugle Corps is inviting the public to attend the Fiesta de Musica drum corps show featuring corps from around the country and Canada as they perform during their summer tour.  This year’s event, which will be held tomorrow at Manchester Memorial High School’s Clem Lemire Athletic Complex will also feature some of the best and most delicious food trucks from around New England!

Once again, the show will feature drumline “battles” where ensembles perform in head-to-head competition.

The box office opens at three tomorrow in the afternoon and the gates open at four thirty.  The competition kicks off at five thirty and will continue until about eight.  Tickets are available through Drum Corps International at D C I dot org or by calling the D C I Box Office at  3 1 7 2 7 5 1 2 1 2.  Tickets will be available at the gate.

I have joined the political arena so that the powerful can no longer beat up on people who cannot defend themselves.  Nobody knows the system better than me, which is why I, alone, can fix it.  I have seen firsthand how the system is rigged against our citizens just like it was rigged against Bernie Sanders.  He never had a chance.

So said G O P presidential candidate Donald J. Trump last night as he accepted the party’s nomination.  The speech, which ran more than an hour and fifteen minutes, was vintage Trump as he carried the fight directly to Hillary Clinton, in a rousing speech that brought the convention hall to its feet in applause on numerous occasions.  Trump indicted Clinton on issue after issue and reinforcing the themes highlighted over the previous three days of the convention.  While avoiding specifics, Trump presented the issue areas in which he planned to take action to Make American One Again, last night’s theme and Make America Great Again, his campaign theme.  Will will discuss!