New Hampshire Attorney General Joseph Foster issued a consumer warning regarding not one, but two I R S scams swirling around the state yesterday.  Foster said his office has received over twelve hundred complaints related to these scams since January and there’s no indication they’re beginning to fade.

Of the first scam, the A G said residents receive unsolicited calls from individuals fraudulently claiming to be from the I R S demanding payment for taxes allegedly past due.  The callers demand immediate payment via debit, credit or pre-paid money card, usually threatening arrest, wage garnishment or other forms of legal process to coerce payment.  Foster urged residents not to fall for it, saying the I R S will almost always notify a delinquent taxpayer via snail-mail.  Also, the I R S does not initiate contact with taxpayers by email to request personal or financial information and it never asks for credit, debit card or prepaid card information over the phone.  If you get this call, just hang up, said Foster, and report it.

The second scam is tax-related identity theft.  This happens when the perpetrator uses a stolen Social Security number to file a tax return to claim a fraudulent refund.  Often, the victim is unaware that the theft has happened until filing their return to find out a fraudulent one had already been filed with the refund having been sent to the thief.  If this happens to you, contact the proper authorities.

We’ve published the alert, complete with all details and contact information you’ll need to notify the correct authorities at Girard at Large dot com and linked to it from this news read for your convenience. 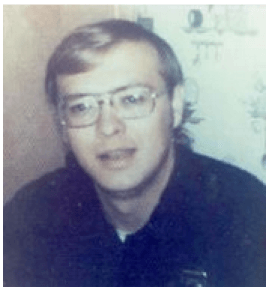 Fifty five year old convicted cop killer Cleo Roy, who murdered Manchester Police Officer Ralph Miller in nineteen seventy six, will be paroled thanks to the state’s Parole Board, which voted to release him yesterday.  Roy shot and killed Miller who’d been dispatched for reports of a loud party.  Manchester Police Chief Nick Willard advised the Board of Mayor and Aldermen of the decision at its meeting last night.  An emotional Willard said that while he had no problem with the release, inasmuch as he’s paid his dues to society, he urged everybody to remember Miller and all those who’ve  fallen that won’t get a second chance at life.  Roy, served forty years of his sentence, which was fifty years to life.  At the time, Miller was just twenty five years old, married with a three year old daughter and a little one he didn’t know about on the way.

Gile: Gets her way

The city of Manchester is one step closer to providing medical treatment to trans-gendered people covered by its health plan.  On a three to two vote, the Board of Mayor and Aldermen’s Committee on Human Resources and Insurance voted to approve Human Resource Director Jane Gile’s recommendation that exclusions barring the city from paying for the medical treatments and procedures needed to transition from one sex to the other be removed.

Committee Chair Keith Hirschmann asked the committee to table the item until Gile could provide the committee with specifics about the quote “other federal rules” that may apply if the city exercised its options as a self insured entity to maintain the exclusions.  He also argued that the deadline for the city to act was several months away, so there was no need to rush.  His motion to table failed to get a second.  Ward Seven Alderman Bill Shea opposed the motion to approve removing the exclusions along side Hirschmann, who took the unusual step of calling the roll for the recorded vote himself.  Aldermen Ron Ludwig of Ward Two, Pat Long of Ward Three and Tom Katsiantonis of Ward Eight voted in favor.  The matter now goes to the next meeting of the board for final approval.

Also last night, the aldermen gave final approval to a new contract with the Police Patrolman’s Association, despite being told it was projected to blow a nearly seven hundred thousand dollar deficit in the police department’s operating budget which is already facing a shortfall of two hundred thousand dollars.  City Finance Officer Bill Sanders said that if the rest of the city’s unions were to get the same one percent cost of living increase, retro-active to July first, along with their annual step and longevity increases, it would cost the city one point nine million dollars just this year.  He said the city would be very hard pressed to offset that kind of spending increase.  In fact, he wasn’t optimistic at all that it could.  Given that the aldermen also gave initial approval to contracts for the city’s library workers, health department workers, school nurses, and workers in the fleet, facilities, sewer, parks and rec and highway operations, to the tune of almost another half a million dollars, it would seem the financial impacts are falling on deaf ears and blind eyes.

Merrimack Fire Rescue will hold its annual Open House tonight from 4 to 8 at the Central Fire Station.  There will be health and safety information, auto extrication and live fire demonstrations.  All department apparatus will be on display and information about car seat safety and their new junior firefighter combat course will be available.  This is a great opportunity to meet and interact with the personnel of Merrimack Fire Rescue! 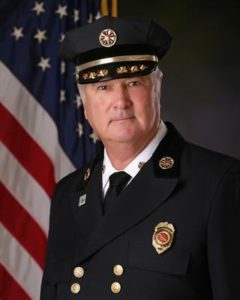 Calling hours for former Manchester Fire Chief Joe Kane are this Friday from 4 to 8 at the Connor-Healy Funeral Home at the corner of Union and Concord streets.  The funeral Mass will be celebrated in St. Joe’s Cathedral on Saturday morning at ten.  Memorial donations may be made to the Manchester Firemen’s Relief Association, 100 Merrimack Street, Manchester, NH 03103.  Kane, who died suddenly on Monday, was sixty seven years old.  He will be missed.