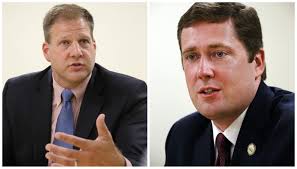 Rich started the show by talking about the struggles that he experienced this morning, before talking about a friend of the show who will be co-hosting with him over the next couple of days.  He then tackled last night’s Gubernatorial debate and took a call from Dave in Bedford.

(Hour 1b) Rich continued in his analysis about last night’s debate, commenting on a big exchange that took place over education.  He then wondered why Bedford is requiring substantial funding for education and tackled the issues of commuter rail and abortion.