Governor Margaret Wood Hassan is taking a lot of credit for spending more money on the heroin and opioid epidemic as she campaigns around the state for the U. S. Senate.  Problem is, the money she’s bragged about spending isn’t being spent.  As preliminary budget requests are being made, it’s come to light that Governor’s Commission on Alcohol and Drug Abuse Treatment and Recovery has only spent about one third of the money that was appropriated to it in the budget.

shocked to learn that only $1 million of the $3 million that was appropriated in the current budget for funding efforts to curb the heroin crisis in our state has been distributed.

She said it was inexcusable that two thirds of the commission’s funding has yet to reach communities and accused Hassan of being more interested in grabbing headlines than actually leading to resolve the opioid crisis.

N H House Majority Leader Dick Hinch was none too pleased with the news, either.  Hinch, who served as Vice Chairman of the Joint Legislative Task Force on the Heroin and Opioid Epidemic said quote:

This is yet another delay for resources and services our communities desperately needs.  Governor Hassan needs to get a handle on where drug crisis dollars are going or not going.

The commission’s initial request for the coming fiscal year is nine million dollars.  Might as well give it to them as apparently they won’t spend it. 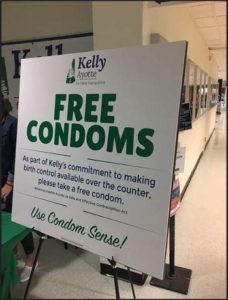 Cornerstone is not amused

Looks like Senator Kelly Ayotte’s evolution from Comprehensive Kelly to Condom Sense Kelly isn’t playing well with Cornerstone Action, the state’s largest conservative, non-partisan political action group.  On the heels of Ayotte’s relection campaign opening a booth at U N H to dispense free condoms to students as a way of drawing attention to her support of legislation that would make birth control pills available over the counter, Cornerstone Action’s Executive Director Rico McCahon issued a blistering statement, saying quote: 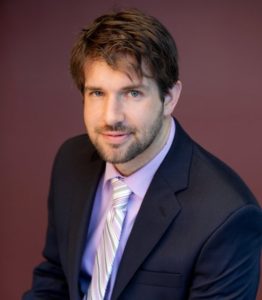 This ‘condom sense’ program is a cheap trick that defies common sense and deeply disappoints Cornerstone Action, an organization that has supported the Senator in the past.  It sends the worst possible message on the purpose of sex and does nothing to promote Sen. Ayotte’s re-election chances.  She may in fact lose supporters who feel she has betrayed the institution of the family and the conservative principles to which she’s paid lip service…By giving condoms to college students, Ayotte is encouraging wanton, meaningless sex, which degrades the dignity of both women and men and the ultimate marriage relationship that sex should ideally be reserved for.

The Goffstown Police Department is notifying the public that its officers will soon be wearing body cameras.  In a statement issued yesterday, the department said officers will notify all parties whenever possible that they are being recorded during a police interaction.  Quote:

We want to make the community aware that they will be seeing officers with these cameras by the end of the week.

Meanwhile, in Candia, someone just might want to demand body cameras be used.  The police department in this bedroom community which has been in the midst of a mind-blowing crime wave that has spanned our time on the air, released the crime stats from last month.  They would have us believe that they only issued thirty two motor vehicle warnings and four motor vehicle summonses.  And, they expect us to believe there were only four arrests, including for D W I and conduct after an accident, driving after suspension, violation of a protective order, and, get this, shoplifting.  The crime crushed Candia community can’t communicate its concern over these quizzical, questionable, confounding stats.  Time for body cameras to see if the cops are snoozing in their cruisers!

Hooksett: Supervisors of the Checklist to meet

The Hooksett Supervisors of the Checklist will hold a mandatory meeting on Saturday, October 29th from 11:00 to 11:30 in the Council Chambers at the Town Municipal Building on Main St.  The purpose of the meeting is to review voter registrations and make changes to the Hooksett Voter Checklist before the November 8th General Election.  No corrections or additions will be made to the voter checklist after this meeting, same day registration of new voters notwithstanding.  This is a public meeting, at which Hooksett residents currently not registered to vote or who have name, address, or party changes are encouraged to attend.  Of course, you can always register or make any changes to your voter registration at the Town Clerk’s Office until the twenty eighth. 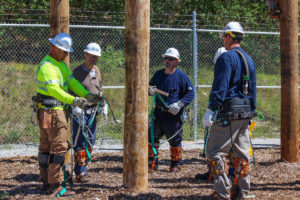 Eversource announced a partnership with Manchester Community College, the National Electrical Contractors Association and the International Brotherhood of Electrical Workers locals 1 0 4 and 1 8 3 7 to offer a certification program that will help prepare the next generation of electrical line workers in New Hampshire.  The line-worker certificate program will offer a limited number of candidates valuable training and the opportunity to progress into Eversource’s paid apprenticeship program.  An open house is scheduled for Oct. 20th at Manchester Community College to offer prospective students more information about the program and the enrollment requirements.  Additional information sessions will be held on Oct. 11th at Eversource’s Legends Drive facility in Hooksett, and on Oct. 18 at the company’s Tilton Area Work Center. 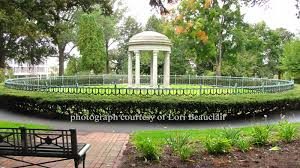 The Friends of Wagner Park, a. k. a Pretty Park, and the Manchester Young Professionals Network invite you to join them on October fifteenth from one to four to help clean up the park.  Tasks include weeding, trash pickup, and possibly removing vandalism.  Equipment, rakes, trash bags, etc., will be provided, along with bottled water.  Volunteers should bring their own gloves and sunscreen, should they be desired.  We’ve linked to their Facebook Page for those interested in gathering additional information.