Corruption in Media: The Threat of Voter Fraud 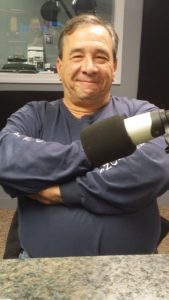 Ed Naile, Chairman of the Coalition of New Hampshire Taxpayers, spoke to Rich about one of Concord Monitor’s articles, which attacks Gubernatorial candidate Chris Sununu for mentioning that there is potentially a voter fraud issue within the Granite State.  They then commented on the Concord Monitor’s denial to testify in a voter fraud case.  Tune in to hear more.

(Hour 1b) As Rich and Ed continued they discussed James O’Keefe’s Project Veritas videos, which deal with voter fraud.  They talked about the organized effort to rally college students to vote and the voter suppression of local voters.

Click here for the archive with the mentioned video.

The Concord Monitor must be running its editorials past the Clinton campaign, like the rest of the left-wing media, for reporting there is little evidence of voter fraud in NH’s elections. Here is an editorial aimed right at Chris Sununu and his attempt at making voters aware of how loose our election laws are in NH.

It is no surprise the Concord Monitor would take the standard Sargent Schultz stand on what they know is a problem. The Concord Monitor knows full well about voter fraud in NH and had the chance to do something about it. Story here at the CNHT web site:

All the Concord Monitor reporter, who has direct evidence in the pending criminal case against vote thief and criminal dirty trickster Carl Robert Gibson, must do is testify against him in his upcoming criminal case. They choose not to.

A real criminal case, held in public, with a jury, using all the evidence we know exists against Democrat dirty trickster Gibson would expose several problems with NH election law enforcement.

Gibson was registered to vote in at least four states at once and voting alternately in several states depending on where he was carrying out his political sabotage on behalf of a left-wing PAC from California. His car was registered in Ct. and his driver’s license was registered in Kentucky while he voted back and forth in Wisconsin and NH.

But when he was arrested here in NH the Concord Monitor refused to have their reporter, who interviewed Gibson right after his arrest, testify as to what they knew from the interview – like he was some sort of anonymous source.

Strange behavior from a “news outlet.” That is unless they have an interest in seeing a known vote thief and Democrat dirty trickster get away with it.

Nothing to see here people just move along – it’s only the Concord Monitor.

Manchester Taking the Lead on Education