Colin VanOstern has been campaigning for implementing full-day kindergarten throughout New Hampshire, but is that good for young children?  Several studies would say : NO.

Not only would this impose an additional burden on taxpayers, it could potentially harm young children.

States have to submit their “education plans” to the U. S. Secretary of Education now. That is part of the new federal law, Every Student Succeeds Act. (ESSA) States and schools now have to work to please a political bureaucracy versus listen to what parents and local community members want.

ESSA language is heavy on pushing early childhood education.  This has become a political agenda that utilizes a top-down approach to running our schools.  It looks like VanOstern has become a tool for the feds in the same way Governor Hassan was when she facilitated all of the federal education reforms in Common Core.

Many education reformers are saying we need to rely upon data and statistics when choosing curriculum and teaching methods.  At the same time, these people ignore damning evidence early education does nothing to help the students academically long-term and  it can harm children too.

As more toddlers today attend pre-school and as more schools rush to add full day kindergarten, the number of cases of students with ADHD has been increasing too.

Stanford researchers found that children who were held back from kindergarten by just one year, showed a 73 percent reduction in inattentiveness and hyperactivity compared to children sent the year earlier.  The new study is published in the National Bureau of Economic Research titled, The Gift of Time? School Starting Age and Mental Health.

“We found that delaying kindergarten for one year reduced inattention and hyperactivity by 73% for an average child at age 11,” Thomas Dee, one of the co-authors and a Stanford Graduate School of Education professor.

There are proven benefits by delaying kindergarten. If this discussion is going to center around “supporting children” then we need to look at the facts. We also need to start asking politicians and bureaucrats why they continue to push this political agenda when the data shows this has the potential to harm our children?

In addition to these findings, the Common Core Standards have been heavily criticized for being developmentally inappropriate for young children. In, 6 reasons to reject Common Core K-3 standards — and 6 rules to guide policy, Valerie Strauss said, “The Common Core State Standards for students in kindergarten through Grade 3 have come under severe criticism by early childhood education experts who say that they are not developmentally appropriate.”

Strauss also reports, “American Federation of Teachers President Randi Weingarten, have called for a revamping of these early education standards. Weingarten made her call in conjunction with early childhood expert Nancy Carlsson-Paige of Lesley University in Cambridge, a senior advisor to Defending the Early Years, a non-profit project of the Survival Education Fund, Inc. — a 501(c) 3 educational organization — that is dedicated to rally educators to take action on policies that affect the education of young children.”

Instead of addressing this problem created by Governor Hassan, VanOstern doubles down and promotes a policy that will potentially put more children in harms way. Compare this to his opponent Chris Sununu who has called for “scrapping Common Core.”

Not only does this political agenda have the potential to harm children emotionally, there’s no evidence it helps them academically, long-term.  A multi-year study by Vanderbilt University concluded that “economically disadvantaged children who attended [state pre-K programs] did worse by the third grade on most academic and behavioral measures than those who did not.”

Maybe politicians should speak to experts in child development.
“The capabilities of a child’s brain increase at a rapid pace; the difference between five-year-olds and six-year-olds is far greater than between twenty-five-year-olds and twenty-six-year-olds. An extra year can allow a child to excel relative to the younger students in the class. Especially for boys, ……,” said Friedman. Harvard sociologist.

Parents have the capability to decide whether full day kindergarten is appropriate for their children.  We do not need politicians ignoring facts in order to push a political agenda from the Feds.

I suspect with this push for early education and the developmentally inappropriate Common Core curriculum in grades K-3, we will see more studies showing the negative impacts on young children.  Unfortunately, there will be more children harmed by then.
I have to ask:
1) How many more children will be placed on prescription medication to deal with the outbursts and frustration that will come from this?
2)When will Colin VanOstern explain to parents exactly why he’s pushing this political agenda in New Hampshire?
3) Why wont he just let kids be kids? 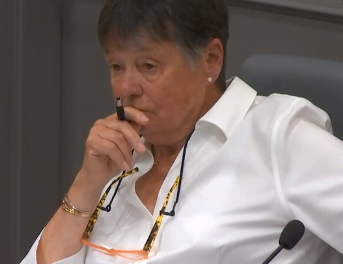