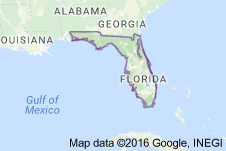 We now know why voters in Florida are reporting they’ve not received their absentee ballots.  On Friday, news broke that a group of election employees in Broward County were caught filling them out. Chelsey Smith provided an affidavit detailing the voter fraud.  Smith said she was employed through a temporary employment agency, working full time at the Broward County Supervisor of Elections office in Lauderhill.  As part of her duties, she was required to handle absentee ballots.   She said on Monday, October 31st, she was asked by her supervisor, Charlotte Shipman-Smith, to carry a stack of absentee ballot request forms to a room in the building that she had never been to before.  The door was locked and required a security number to enter, which she was not provided. 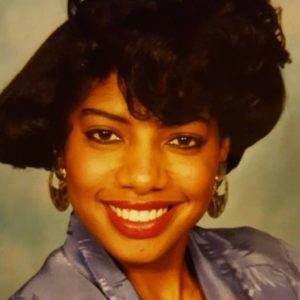 Through the window in the door, Smith said she could see four S O E employees sitting at a table with stacks of documents, writing something.  Eventually one person came to the door, took the ballots and closed the door.  Later in the day, she delivered another stack of absentee ballot request forms to the room where the same four people were still working.  This time she was allowed inside and saw that the employees were filling in the bubbles on the ballots.  She said she witnessed this happening for over a minute before being told to leave the room.

The next day, when she returned from her lunch break, she was met at the entrance by a uniformed security guard who told her she had been terminated with no explanation.

We’ve linked to the story that contains her sworn affidavit from this newscast at Girard at Large dot com.

The Derry Economic Development Committee is looking for resident input.  It has created a short survey which we’ve linked to from this news read at Girard at Large dot com.  The committee thanks you in advance for taking the time to complete it!

Coffee with a cop changed

The Bedford Police Department invites you to attend its monthly Coffee with a Cop event.  Normally, it would be today, however, due to the election, it will be next Tuesday, November 15th at The Inside Scoop at 260 Wallace Road.  Join Sgt. Thrasher and meet some new folks for a cup of coffee. They hope to see you there!

At two twenty on the morning of November 5th, Manchester police officers were called to 1 3 1 Amory Street, which is across from the Engine 6 Fire Station, for a report of shots fired.  Once there, they found firefighters treating thirty six year old Jarrod Ean Dixon of Concord, who had multiple gunshot wounds. 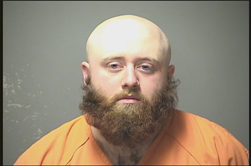 Sirois: Opened fire over a flag

Officers located a vehicle that matched the description of the one used by the shooters and found twenty two year old Michael Sirois of Chester, twenty one year old Jason Gerry of Sandown, and twenty year old Kasondra Williams of Raymond, who had been shot in the leg.

Police say that Sirois, Gerry, Williams had been socializing an argument arose between Sirois, Gerry and Ean-Dixon over a porcupine flag that was at the residence.  Sirois found it offensive and subsequently left with Gerry and Williams.  However, because of car trouble, they returned to residence where Sirois and Gerry then got into a physical altercation with Ean-Dixon, which end up in his being shot by Sirois. 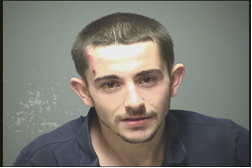 Gerry: Drunk driving the get away car

Police say that while the investigation is continuing, there is no ongoing threat to public safety.

Just a reminder.  Today is Election Day.  Polls open in the Queen City at six this morning and close at seven this evening.  In many the towns in our listening area, they’ll open at seven and close at seven.  Be advised that times vary from town to town, so be sure to check your town Web site for details.

At stake, of course, is nothing less than the presidency.  Also up for grabs is the U S Senate seat held by incumbent Kelly Ayotte, the governor’s chair, being vacated by Margaret Wood Hassan, both congressional seats, the Executive Council, and every member of the General Court, that’s the state House of Representatives and Senate, for those of you in Suncook.  Every county office is up for election as well.  We’ve been receiving reports all morning of long lines forming at polling places in Manchester, as early s 5 30, with a Ward 8 voter saying the place was quote “mobbed.”  So, plan accordingly.