It looks like New Hampshire House Speaker Shawn Jasper will wield the speaker’s gavel for another term.  Jasper prevailed in a very hard fought battle over Bedford/Amherst State Rep. Laurie Sanborn for the nomination to be speaker in the Republican Caucus yesterday.  With the two hundred fourteen members of the caucus present, one hundred eight votes were required to gain a majority.  Jasper received one hundred nine votes to Sanborn’s one hundred four on the second ballot.

Reacting to the news, Governor-Elect Chris Sununu issued a statement applauding the vote, calling Jasper quote  “A strong, principled Republican,” and saying he looked forward to working with him quote “as we strive to deliver for the people of New Hampshire.”

We made great progress last session and I look forward to continuing to work together to address the most challenging issues facing the State in order to better the lives of our citizens and improve our communities. 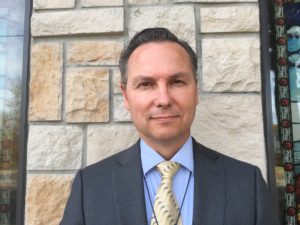 The Most Reverend Peter A. Libasci, Bishop of Manchester, announced the appointment of Rolla McFall Bryant to serve as the Diocese of Manchester Finance Officer and Cabinet Secretary for Temporalities.  “Mac,” as he is apparently known, will join the diocesan staff on Thursday, December 15th.  He comes to the diocese from Colorado, where he served as the Director of Internal Audit and Director of Parish Review and Advisory Services for the Archdiocese of Denver since two thousand five.  He is certified by the Diocesan Fiscal Management Conference as a Diocesan Fiscal Manager, and licensed as a C P A in the state of Colorado.

As Finance Officer, Bryant will be responsible for the overall financial operations and strategy for the diocese and for fostering the diocesan mission as a professional, honest, and prudent temporal resource in accordance with the Code of Canon Law.  As Cabinet Secretary for Temporalities, he will be responsible for managing the temporal resources of the diocese, which includes the management of all finances, real estate, and buildings owned by the Roman Catholic Bishop of Manchester. 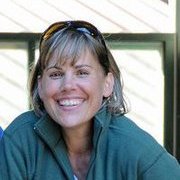 Mischievous things are afoot in the town of Candia.  Girard at Large has learned that School Board Chair Nicole LaFlamme has stonewalled requests made by Candia Budget Committee member Dana Buckley to produce the legal fees incurred in the dispute they created with the Manchester School District.  Listeners of this show may recall that after Manchester settled its tuition agreement dispute with Hooksett, Candia decided it didn’t need to honor its capital cost obligations to the city.  Well that touched off a multiyear legal dispute, the cost of which Buckley and other budget committee members want to know.  After initially refusing the request, LaFlamme released the fees for this year, but not the prior years.  Sitting in for the school board’s normal representative on the Budget Committee last night, LaFlamme refused to provide the prior years’ legal bills after being asked again to do so by Buckley.  More to come on this.

Girard at Large has also learned that a citizen’s warrant petition to overturn the policy on transgendered students will soon be coming forward. 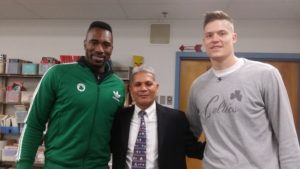 Power, Vargas and Jerebko at Parkside

Boston Celtics forward Jonas Jerebko and Celtics legend Leon Powe were at the Middle School at Parkside on Tuesday, along with Southern New Hampshire University Executive Director Dr. Gwen Britton, to unveil thirty thousand dollars worth of renovations done to a room in the school’s library to establish a state of the art computer lab.  The Celts and assembled guests presented to a group of students assembled to demonstrate how the new technology room will be used.  They also shared some of their personal story with the kids, offering inspirational messages about shutting out negative voices and persisting through adversity.  We’ve linked to the photo album we published on our Facebook page so you can take a look and a listen as we caught some video, too.

Members of the Manchester Police Department’s Community Policing Division will help the Caregivers, Inc., a local not for profit hand out food and presents this afternoon.  The charity’s is to help elderly and disabled citizens in Greater Manchester and Nashua stay in their homes for as long as possible.  The officers will arrive at Caregivers, Inc., headquarters on Harvey Road in Bedford at three thirty where they will take part in a brief training session before they deliver groceries and presents to the preselected Queen City residents.  This is the first year Manchester Police Department had participated in this worthwhile cause.