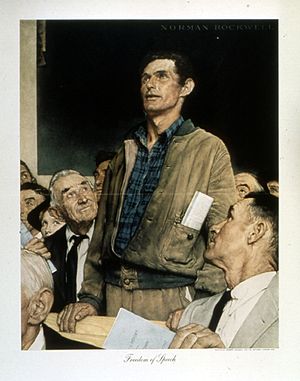 The Manchester Fire Department released the latest statistics on the opioid epidemic in the Queen City.  According to the stats released by Emergency Medical Services Officer Christopher Hickey, it would appear as if things continue to trend in a better direction.  Safe Station visits continue to draw people from all over New Hampshire, New England and beyond.  Of the approximately two hundred fifty visitors to Manchester fire stations since January first, seventy nine, or approximately one third, have been Queen City residents.  The rest have come from sixty three other Granite State cities and towns and thirteen communities in the states of Maine, Vermont, Massachusetts, Nevada and Oregon.  Since the program started on May fourth of last year, there have been a total of thirteen hundred forty eight safe station visits made by eleven hundred sixty eight people. 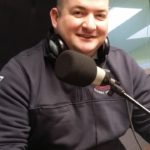 The Manchester Board of School Committee will hold a public hearing on the budget proposed by Superintendent Dr. Bolgen Vargas.  The hearing will start at six thirty and be held in the Aldermanic Chambers at City Hall.  In presenting what he termed a “worst case scenario budget,” Vargas’ recommendations were based upon receiving level funding from the Board of Mayor and Aldermen.  Using that assumption, Vargas’ budget anticipates there will be approximately forty four fewer teaching positions next year and three fewer positions in the district offices.  As many as eighteen teachers could be let go.  Vargas also proposed selling the district’s office and relocating the operation to West High School, where there is plenty of space.

Following the hearing, the Board of School Committee will hold its regularly scheduled meeting, during which, Vargas is expected to give an update on the budget.  Also on the agenda, Board Vice Chair Arthur Beaudry will give an update on the board’s efforts to put together a retreat of sorts that will be facilitated by a third party in an attempt to get the board to develop some goals that could occupy its time.  The retreat is tentatively scheduled for Friday, March thirty first from Noon to two in the offices of the Greater Manchester Chamber of Commerce.

Governor Christopher Sununu has sent the E P A’s new administrator, Scott Pruitt a letter protesting the most recent dictate imposed on the Granite State.  As we have raised on this show, there’s a particularly nasty permit known as the M S 4.  It deals with storm water discharge.  On January nineteenth, the day before the former occupant of the White House left, what was thirty pages of regulation under the old proposed permit, became two hundred fifty pages of regulation affecting forty four communities in the Southern Tier.  Sununu said the cost to just Rochester alone would exceed twenty five million dollars.

Singing the praises of our state’s proud efforts to preserve and protect its environment and warning of the harm this overly burdensome dictate could inflict on the affected communities, businesses and the state’s economy, Sununu invited Pruitt to the state for a discussion with state and local leaders.  Said Sununu quote:

I know that by listening to those on the front-lines, we can illustrate our desire to balance sensible regulation with local freedoms and responsibility.

We’ll upload the letter for your review.

The town of Derry has announced three different polling locations for the town and school district elections, which will be held tomorrow across the state.  Derry will open the Gilbert H. Hood Middle School for residents in districts One and Four, the Calvary Bible Church for residents in District Two, and the West Running Brook Middle School for voters in District Three.  For those who are uncertain of what district they live in, we’ve linked to the list of districts by street provided in the town’s news release.

The town of Amherst is alerting voters to an error in the Voter Guide it published in the recent edition of the Amherst Citizen.  Warrant Article 29 which asks whether or not the twon should raise and appropriate the sum of two hundred thousand dollars to be added to the Fire Rescue Vehicle and Equipment Purchase and Repair Capital Reserve Fund, saying it would add seven cents to the tax rate.  In fact, it will add twelve.  We’ve uploaded the revised summary from voters guide with the impacts of all the warrant articles with this news read at Girard at Large dot com. 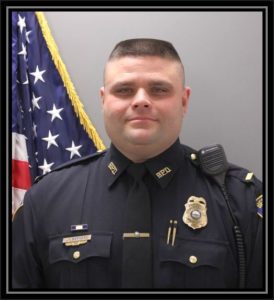 Lt. Michael Bernard, President of the Bedford Police Association, announced that the Friends of Bedford First Responders is hosting two fund raising events to benefit the Bedford Police and Fire associations.  The nonprofit organization will put on a family fun day, dinner and comedy show on June 3rd.  All proceeds raised from the events will go toward police officers, firefighters and E M Ts in need.

The family fun day will include a variety of food, exhibitions and safety demonstrations from both the police and fire departments, outside of Kohl’s at the Bedford Mall from 10 a.m. to 2 p.m.  Later in the day, residents will have the opportunity to attend a dinner and comedy show at the Executive Court Banquet Facility in Manchester from 6-11 p.m. The event will be feature comedians, a live auction and raffles. Tickets are forty five bucks and guests must to be twenty one or older to attend.