What does the NH State Board of Education have against Nurses, Engineers and Scientists? It looks like a lot! 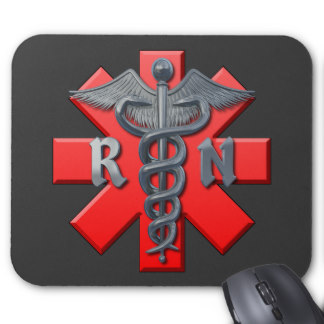 On April 6th, 2017 the New Hampshire State Board of Education voted to prevent the new Commissioner of Education, Frank Edelblut, from working to improve the science standards used in many of our public schools. One has to wonder why the board members would object to the Commissioner working to improve upon the science standards for children attending a public school in New Hampshire.

If you go here: https://www.education.nh.gov/state_board/ Click on meetings & minutes, then click on the link to the videos.
Click on: NH SB Video and scroll down to 2017 then April 6, 2017
You will find the video on that page from the last board meeting.
The Next Generation Science Standards  (NGSS) that were adopted in November of 2016 have come under a great deal of scrutiny by experts in the field of science.  Similar to Common Core, these are new national standards in the field of science. The NGSS have actually received harsher criticism then the Common Core Standards in Math and English, but that doesn’t seem to phase the board members who voted to adopt them.After Governor Sununu was elected on a platform to scrap Common Core, it only makes sense to review the new national science standards too.  The Commissioner, under state statute has the duty and authority to review academic standards so why would the board members vote to prevent this important review from going forward?  The law is clear that the Commissioner has an “ongoing” duty to develop state standards, RSA 21-N:4 X, “the commissioner shall review, on an ongoing basis, the development and administration of standards.”

The NGSS have serious flaws that were not identified or dicussed when the Board voted to adopt them back in November.  The new Commissioner should be thanked for going back to review the science standards, and NOT prevented from doing his job.

If you want the best public education for your children, it’s important to contact the State Board of Education members in New Hampshire and ask them to reverse their vote.  It’s not only a bad decision, it appears to violate state statute.

Children in public schools deserve the same quality science education as children attending elite private schools.  It’s unfair to lower the standards for public school children and deny them the same opportunities to become nurses, doctors, engineers and scientists.  This is the worst example of political posturing and it directly impacts our public schools and our children.

1) pre-Kindergarten to Grade 8 and introductory high school courses, have signi cant, unacceptable gaps in science content, as well as some notable errors and inaccuracies.

2) They are stunningly devoid of Mendelian genetics and large parts of cellular biology. This is an astonishing oversight for a state that has notable institutions of higher education and a thriving biotechnology industry.

3) The principles of evolutionary biology are also incomplete and sometimes incorrectly stated.

4) The standards are largely unintelligible because of abuses of the language, and sometimes grammatically incorrect.

5) They do not support the stated purpose of standards, to indicate what students should know and be able to do.  6) These draft standards do not include any high school exposure to the nucleus, mitochondria, or chloroplasts.

7) Nearly complete absence of Mendelian genetics at the high school level, despite the promising language on p.51 (titled p. 49) of the draft.

Dr. Metzenberg concluded, “I recommend that the draft be withdrawn from further consideration.”

Dr. Stan Metzenberg is Professor of Biology at California State University, Northridge. He has 20 years’ experience teaching biological science at the university level. He was a senior science consultant for the Academic Standards Commission in California (1998) and a state Board of Education appointee to the California Science Project (1999-2003), the California Curriculum Development and Supplemental Materials Commission (2003- 2006) and a content review panelist for development of the California Standards Tests (1999-2010). He has recently assisted the ministries of education of Saudi Arabia (2010) and Qatar (2015) in training teacher leaders to use newly adopted science instructional materials.
Please read the entire report here: http://pioneerinstitute.org/education/study-draft-science-technologyengineering-standards-should-be-withdrawn/

3) There are engineering standards in NGSS, but beginning level physics (missing from  NGSS) is needed to learn true engineering standards. Higher level math is also required (pre-calculus, calculus) but common core has pushed this math up into higher grade levels (or out entirely) rather than where it needs to be as a pre-requisite for engineering.

5) The human body is missing; other essential life science concepts are absent, such as  “bacteria” and “virus”; cytology (design and function of cells) is woefully lacking (no mention of protein structure and functions, cellular feedback mechanisms, cell and tissue types, etc)

9) >50% of the standards have a “assessment boundary” which specifically state what will not or should not be tested. This creates a teach-to-the-test mentality. Teachers are not going to supplement deficient standards with additional (and sorely needed) content if it is not going to be tested.

10) >90% of the standards have a “clarification statement” which reads like a Standards for Dummies explanation on exactly how to teach the standard, what to say to the students, examples to provide the students, etc. (prompting). This looks more like a curriculum than just standards. That would make NGSS a national curriculum.

11) Fordham Institute (which should love NGSS because Fordham loves common core) rated NGSS as 26th in a list of 56 standards. That means they are just average. If your state ranks above #26 on the list, why would you dump what you have for something ranked lower? And if your state is ranked lower than #26 on Fordham’s list, and you need to improve them, why would you just settle for mediocrity? Why not rewrite standards to match one of those states in the top 10?

12) Evolution makes up 25% of the standards (calculated by actual number of standards at  high school level)  regardless of any personal views on the subject of evolution, it cannot possibly take this much time to teach the content. Why the heavy emphasis on this at the expense of so many other important subjects?

13) Page 1 of the Framework for K-12 Science Education, which was the foundation for the NGSS, clearly summarizes the intended goal of the standards:
The overarching goal of our framework for K-12 science education is to ensure that by the end of the 12th grade, all students have some appreciation of the beauty and wonder of science; possess sufficient knowledge of science and engineering to engage in public discussions on related issues; are careful consumers of scientific and technological information related to their everyday lives; are able to continue to learn about science outside school; and have the skills to enter careers of their choice, including (but not limited to careers in science, engineering, and technology.

This “overarching goal” makes it clear that the NGSS are intended to be a set of science appreciation standards rather than rigorous educational standards.