Drug makers to be sued?

We’ll see you in court!  That was the message from the Manchester Board of Mayor and Aldermen after Mayor Ted Gatsas announced he’d been approached by a law firm looking to sue prescription drug makers and their distributors for the “fraudulent and negligent marketing and distribution of opioid pain medications.”  Attorneys will pursue claims for “deceptive acts and practices, false advertising, public nuisance, fraud, unjust enrichment” and other violations of state law.

Gatsas said an attorney from the Manchester law firm of Nixon, Vogelman, Barry, Slawsky, and Simoneau had met with him and other city officials about joining the suit at no cost to the city.  He also said that if the suit is successful, the city may receive a percentage of the damages paid out.  The local guys are partnering with the firm of Napoli Shkolnik out of New York.

The board voted unanimously to direct the city solicitor to do what it needed to do to involve the city in the suit if it was filed, but only after Alderman at-Large Dan O’Neil, the deposed Lord Emperor of the Board, was assured that there would not only be no cost to the city, but also that attorneys from the city wouldn’t be involved in the suit.  Assistant City Solicitor Tom Arnold said that while they would certainly be following the case, they would not be participating and, therefore, didn’t expect there to be any undue commitment of staff time.

Loyal listeners may recall months ago that Gatsas said on this radio show that he believed a lawsuit against the pharmaceutical would come forward.  If memory serves, he said that around the time the Food and Drug Administration approved the use of opioid based pain killers for children as young as eleven.  It’ll be interesting to see what comes of this. 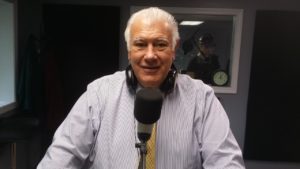 Gatsas: Predictions made and not made

Speaking of Gatsas, a news tidbit for those who may have missed it yesterday; he declined to say he would veto a budget that overrode the tax cap.  He said he’d need to see the budget the aldermen approved before making a decision, in response to a question about whether or not he would veto any override of the tax cap given it takes ten votes to both override the cap and a veto.  That came during his interview when he said it appeared as if the aldermen are again trying to say the cap has two parts, a spending cap and a revenue cap, the latter of which they may want to override.  Of course it doesn’t work that way and really doesn’t make any sense, but…

Governor Christopher Sununu nominated his Budget Director Charlie Arlinghaus, to serve as the next Commissioner of the Department of Administrative Services at yesterday’s meeting of the Executive Council.  Sununu said the state will be in good hands with Arlinghaus, who served for many years as the Executive Director of the Josiah Bartlett Center, a non partisan think tank focused on state budget issues, at the helm.  Said Sununu quote:

Charlie has a deep knowledge and understanding of the budget and state agencies.

A confirmation vote is expected at the May 20th Executive Council meeting. 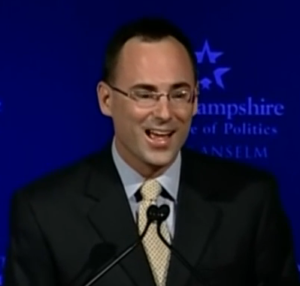 Also at yesterday’s meeting of the Executive Council, Sununu’s nomination of former Union Leader Editorial Page Editor Drew Cline to the state Board of Education was approved.  Cline penned editorials for the paper for fourteen years before hanging his own shingle as a consultant.  Cline replaces Tom Raffio, who was board chairman and had been in holdover status since his term expired on January thirty first two thousand sixteen.

The Manchester Historic Association announced it has expanded access to and services at its Research Center on Amherst St.  In addition to the association’s archives, which include Amoskeag Manufacturing Company records, including employee records from 1 9 1 0 to 1 9 3 5, Manchester City Directories, insurance maps and Manchester Public School registers, researchers will now have complimentary access to Ancestry dot com databases.

The center’s hours have also been expanded.  Thanks to a partnership with the New Hampshire Institute of Art’s Teti Library, in addition to their regular Saturday hours of ten to four, it will now also be open on Wednesdays from ten to three.

Ten winning Powerball tickets have been sold in the state, including one last summer when New Hampshire’s largest prize winner claimed a four hundred eighty seven million dollar prize from a ticket sold at the Hannaford Supermarket in Raymond.  The winner claimed the prize through a trust to remain anonymous.

Powerball has grown considerably since its inception.  In 1992, the starting jackpot was $2 million and 15 lotteries participated. Today, the starting jackpot is $40 million and 47 lotteries across the country now offer Powerball.  Nationally, Powerball has created more than two thousand new millionaires in just the past five years.  Powerball tickets are available at more than 1,250 retailers in New Hampshire and cost two dollars per play.  Drawings are held Wednesdays and Saturdays nights at 11:00.