Keno-Garten is officially on the books now in New Hampshire.  Governor Christopher Sununu signed the bill into law yesterday.  For those who’ve forgotten, or are otherwise unaware, the funding mechanism for “Full Day K,” as it’s called, is the gambling game Keno.  Until this bill was signed, Keno was not legal in New Hampshire.  Now it is, so long as voters in local communities vote to allow eligible businesses in their city or town to install the machines.  The vote can be ordered either by the governing body or by citizen petition.

Despite the inability to predict revenue from a local option source that requires voter approval in each and every community in the state, the bill guarantees that communities with Full Day K will get no less than eleven hundred more dollars per kindergarten student.  If revenues are sufficient, that amount could rise to as much as eighteen hundred dollars.  The funding comes in the next fiscal year to provide communities that don’t have Full Day K the opportunity to offer it and, more importantly, gives communities the opportunity to vote on allowing eligible businesses, mostly restaurants, to have the game, which is necessary if the state wants to raise the money it projected to pay for it.

In signing the bill, Sununu said he was, quote, “proud to be the first governor to deliver a real full-day kindergarten program for communities across our state,” end quote.  He said full-day kindergarten was quote “good for children and families, and a critical tool in retaining our future workforce.” 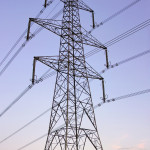 Sununu also announced he’d allowed four bills to become law without his signature yesterday.  That’s called a pocket veto, by the way.  Among the four was Senate Bill 1 2 9, which critics say will cause power costs to rise as it requires utilities to increase the amount of power coming from renewable sources, requires a portion of the renewable energy fund to benefit low income consumers and increases various fees and requirements.  The added costs to consumers are expected to dwarf the savings provided by the elimination of the Electric Consumption Tax.

Saying, quote: “Our opponent has shown time and time again that he will stop at nothing to win this race,” and then asking for money in an email sent to supporters, former Ward One Alderman Joyce Craig announced she’d filed her candidacy for mayor yesterday.  This is Craig’s second run for the office against incumbent Mayor Ted Gatsas, who filed his candidacy two days ago, saying his will be a positive campaign about the city and its future.  Gatsas beat Craig two years ago in one of the closest mayoral contests in the city’s history. 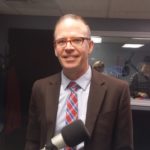 Aside from Craig’s filing yesterday, it was a pretty sleepy day for candidates at City Hall.

The filing period comes to a close next Friday, July twenty first.

According to Wallet Hub dot com, the city of Manchester is the forty ninth best run city in these United States.  According to the article, in order to determine the best and worst run cities, analysts compared 1 5 0 of the most populated cities using thirty three metrics in the areas of Financial Stability, Education, Health, Safety, Economy and Infrastructure and Pollution.  They calculated an overall “Quality of City Services” score for each city based on its weighted average across all metrics.  Finally, they divided each city’s Quality of City Services score by its “Total Budget per Capita” to construct the “Score per Dollar Spent” index they used to rank the cities.  We’ve linked to the article, which was among the things we discussed yesterday with Mayor Ted Gatsas during his weekly interview. 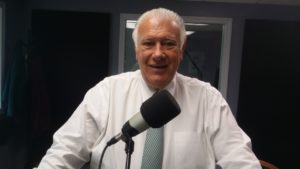 Also discussed with Gatsas was at-Large School Board Member Rich Girard’s demand for an investigation into the prior administration at West High School to determine how the hallway in which a rape took place two years ago could become a known place for kids who cut class to hang, smoke dope and do other not-allowed things.  They also discussed Gatsas’ appointment of Emily Gray Rice as the city’s new solicitor.  Gatsas agreed with Girard’s call for an investigation and praised Rice not only for her credentials and willingness to do the job, but also for how fast she’s moving and the changes she’s already made since being appointed on Monday.  We’ve linked to the interview.

In a release issued yesterday, the trio said a deceased male and an alive, but unresponsive female were discovered at the residence after emergency personnel had been asked to conduct a wellness check.  Officials said the dwelling contained fatal levels of carbon monoxide.  The woman was transported to Southern New Hampshire Medical Center.  An autopsy on the deceased is scheduled for this morning.

The cause of the carbon monoxide leak into the residence is under investigation.  Names of the individuals involved will be released after the victims have been positively identified and family notifications have been made. 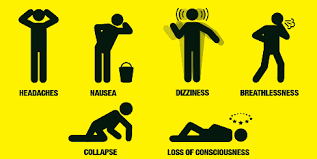 Degnan and Fraitzl urged citizens to install and maintain working carbon monoxide alarms and to learn the signs of carbon monoxide poisoning, which include:  Dull headache, weakness, dizziness, nausea or vomiting, shortness of breath, confusion, blurred vision or loss of consciousness.  (Kinda sounds like how people tell me they feel while watching school board meetings.)  Anyway, anyone suffering these symptoms is urged get to fresh air and call 9 1 1 immediately.  Carbon monoxide is a colorless, odorless, tasteless gas known as the “silent killer.”