On December sixteenth, the Candia Police Department received two reports of commercial burglary.  Merrimack Valley Paintball on Old Candia Road reported that someoneused force to gain entry to their storage and office trailer on the fifteenth.  Perfection Truck Body Equipment Company on Old Manchester Road reported that sometime overnight, also on the fifteenth, they were broken into.  The department is asking local business and residents to be vigilant and immediately report any suspicious people or vehicles to their dispatch center at 4 8 3 2 3 1 7.   Anyone with information about the reported burglaries is asked to call police at 4 8 3 2 3 1 8.

Bedford Police Chief John Bryfonski is inviting folks to attend a community fraud talk to learn how not to become a victim of scams.  Said Bryfonski in a press release, quote:

“We encourage all our residents to attend this informative presentation to learn how to handle a number of popular scams out there today. This information will be especially useful for our older residents, who are often targeted and become victims of these crimes.”

Bedford Police: Learn what you need to know

Officer Robert Lavoie will provide information about several current scams, including common phone and Internet scams like those involving the IRS, utility companies, and the lottery among others.  There will also be a question and answer period for attendees to gain further insight on the scams mentioned or talk about others.  Briston Manor West on Ridgewood Road will host the event on Tuesday, December twenty second.  It starts at twelve thirty and will last as long as it needs to to make sure everyones’ questions are answered.

New Hampshire’s Secretary of State Bill Gardner confirmed yesterday that the date for the First in the Nation New Hampshire Primary will be Tuesday, February ninth.  No doubt that will make the next several weeks more than politically busy and interesting.

The Hooksett Budget Committee maintained the one million dollar reduction it made to the Hooksett School Board’s proposed budget last night.  Most of the the three hour meeting was spent determining which line items to cut.  Originally, the entire reduction was taken from the high school tuition line item with the expectation that the school board would move funds from other line items to cover any shortfalls.  Last night, they decided to spread the cuts out, leaving most of the ones they cut with one dollar so that funds could be transfered in.  Two Media Specialist positions, however, had their line items zeroed out, meaning that they would be eliminated if the budget passed, saving about one hundred sixty five thousand dollars.  Several committee members expressed their disappointment with last week’s budget presentations from school administrators.  The committee will meet again to consider further adjustments in January before the Deliberative Session, where voters can make changes before the budget is placed on the ballot in March.

Eversource is bragging that two thousand fifteen was the most reliable year yet for its customers.  They attribute  the reduced number of outages and improved power restoration efforts to the significant investments in the electrical grid.  Eversource said it invested three hundred twenty five million dollars to improve their transmission and distribution systems this year.

In a statement, the company said that, since two thousand twelve, the frequency of outages has decreased by eighteen percent and that power was restored twenty six percent faster.  Year-round attention to reducing tree-related power outages also played a critical role in improving reliability.

Eversource said it is poised to make historic levels of investment to their electrical system in two thousand sixteen.  Details of the upgrades are available at evesource dot com.

Right to Know NH: Apparently, you might actually have one!

In a 26-page decision, Carroll County Superior Court Judge Charles Temple ruled that the Tuftonboro Board of Selectmen twice violated the Right-to-Know Law.  First, it failed to provide proper notice of a public meeting following a non-public meeting and, second, it discussed several topics not allowed by the law in another non-public meeting.  Plaintiff Chris Sawyer alleged thirteen other violations that were dismissed by the court, which required Tuftonboro to pay her court costs.  Temple also strongly suggested the board get trained on how to follow the Right to Know Law.  We’ve linked to the decision from this news read at Girard at Large dot com.  Our thanks to Right to Know New Hampshire for bringing the decision to our attention. 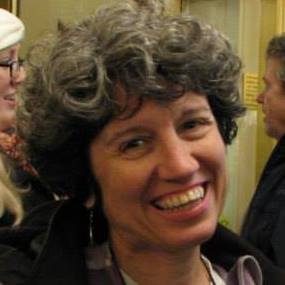 The Croydon School Board will not be forced to remove the five student’s for which it is using taxpayer funds to pay their private school tuition, at least not yet.  The board is being sued by the Attorney General on  behalf of the state Department of Education for using taxpayer funds to pay for a high school choice program enacted after the district dissolved its exclusive tuition agreement with Newton.  The board has argued that the DoE approved their plan and doesn’t know why they’re now being told they can’t do it.  The judge in that case refused to issue the injunction sought by the A  saying, among other things, that if they were so aggrieved by the board’s actions, they should have taken action before the kids started school.

that’s news from our own backyard, Girard at large hour ___ is next. 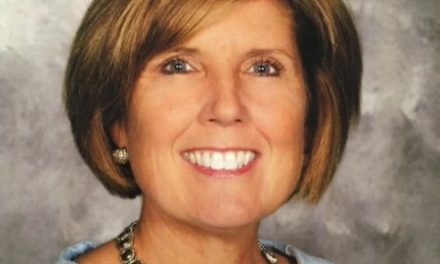