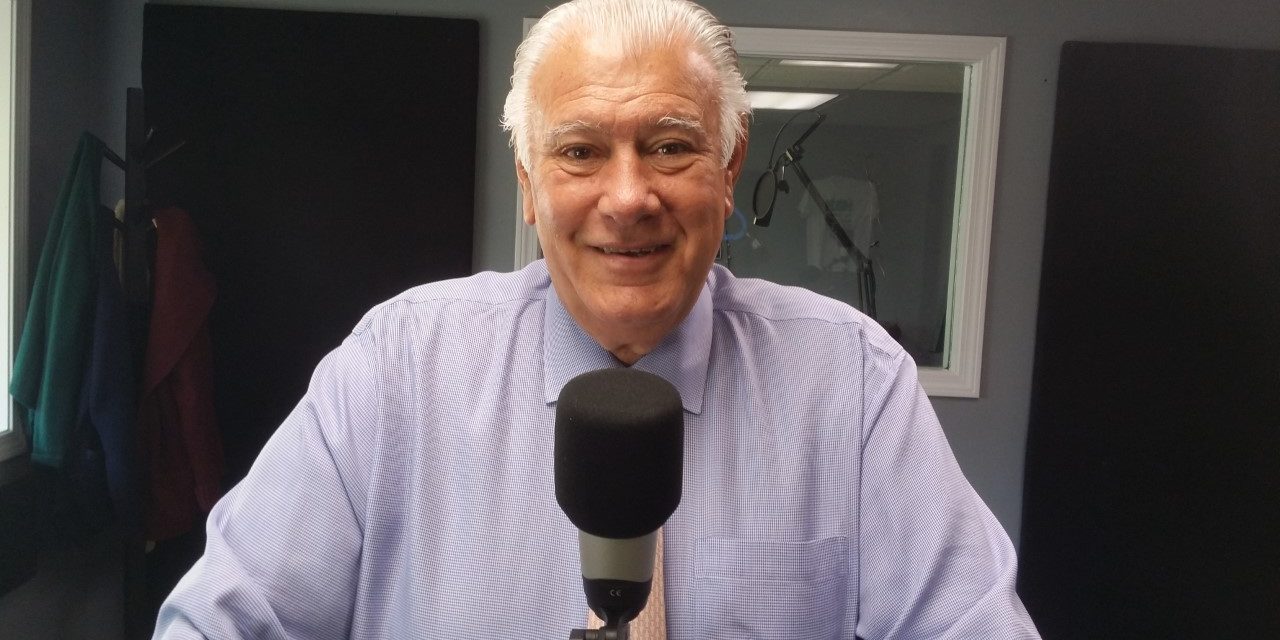 Manchester Mayor Ted Gatsas has filed a defamation of character lawsuit against former Ward Ten Alderman Bill Cashin and gadfly Jon Hopwood.  Hopwood wrote a letter, which Cashin signed and said was his own, accusing the mayor of engineering a cover-up of the rape of a fourteen year old girl at West High by another student in September of 2 0 1 5.  In the letter, the dynamic duo of Cashin and Hopwood said Gatsas, a multi-millionaire, covered it up to win his reelection battle with then Alderman Joyce Craig, to provide himself with a financial gain by retaining the seat that pays sixty eight thousand dollars a year.  They wrote that the cover-up, quote:

and failing to “properly inform” both the aldermanic and school boards; all of which they contended constituted criminal violations of the city charter.  They wrote more, of course, and we’ve uploaded the load they wrote with this news read at Girard at Large dot com. 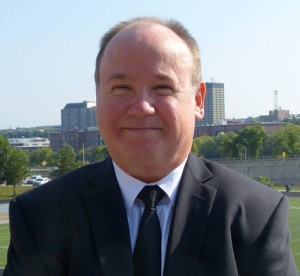 Hopwood: Not so secret ghost writer

In the lawsuit, which was filed on July twelfth, through his attorney, Richard Lehman, who once served, and may still serve, as Legal Counsel to the New Hampshire Senate, Gatsas said he is “accustomed to public criticism and the rough and tumble of politics” given his time as alderman, state senator, Senate President and mayor, but that there are limits to, quote:

“the malicious and false lies intended to impugn a person’s character that can be launched.  The defendants far overstepped those bounds.”

The lawsuit, which we’ve also uploaded with this news read at Girard at Large dot com, asserts Cashin’s letter made

“false allegations of criminal activity and therefore is defamatory per se.”

Craig: Called out for failure to condemn

As he did yesterday in his weekly interview here on Girard at Large, Gatsas thanked the Board of Aldermen for voting to receive and file Cashin’s complaint at Tuesday’s meeting when asked for comment on the suit.  He called the letter “the lowest form of politics” and singled out mayoral rival Joyce Craig for not condemning it; a failure he said was “beyond reproach.”  Craig was quoted in news reports repeating the charge of a cover-up.

Gatsas called the letter a “cheap political tactic,” saying it was “slanderous, defamatory and intentionally meant to impugn his integrity.”  Quote:

“Just as I fight everday for this city, I will fight for my integrity and that is exactly what I intend to do by filing this suit.  As Mayor I am focused on the important issues facing the City of Manchester and protecting the taxpayers – that is how I have always led and that will continue to be my focus.” 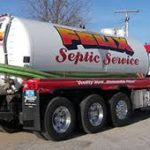 Did they receive emergency call from Cashin?

Girard at Large has been unable to confirm reports that Felix Septic, which is down the street from Cashin’s West Side home on Winter Street, had to make an emergency service call to Cashin’s house after he learned of the lawsuit.  Stay tuned. 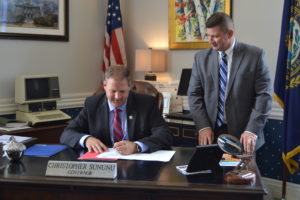 Parents and local school districts got some good news earlier this week when Governor Christopher Sununu signed senate bills 43 and 44 into law.  Both measures were sponsored by District Twelve State Seantor Kevin Avard, Republican from Nashua.  Senate Bill 44 bars the state Board of Education from requiring the adoption of the Common Core national standards.  Senate Bill 43 requires schools to obtain written permission from parents before they are given non academic surveys or questionnaires, except for the Youth Risk Behavior Survey from the Centers for Disease Control, which will remain an opt out survey. 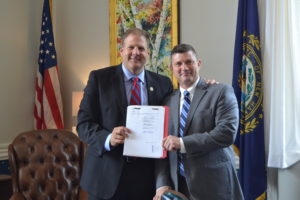 In a statement released by Avard,  he said the signings were a big win for parents who want to protect their children’s privacy rights in school.  Quote:

“These survey’s often times have little to do with the education children are receiving and require the students to share private information. With this legislation in place, parents or legal guardians will have the opportunity to decide what private and personal information is shared about their kids.”

With respect to the Common Core bill, Avard it pushed back against, quote:

“Washington and unelected bureaucrats who have no business telling parents and local schools what’s best for our children.  “

The filing period comes to an end at the close of business tomorrow.

The Manchester Police Department responded to a Conant Street apartment at 6:00 a. m. on Wednesday, in response to a report of an unresponsive child.  Upon arriving, they spoke with the ambulance crew already on the scene about a six-year old boy who had to be revived with Narcan, the drug given to those who overdose on opiates.  The boy has since been placed in the care of a family member, but remains hospitalized at Catholic Medical Center.  In a statement issued yesterday, the department said there was no additional information available and that investigation will continue with further details provided at its conclusion.