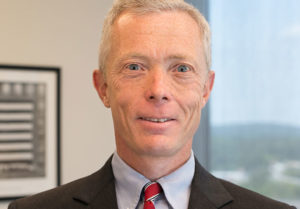 “ that any person, in a breach of fiduciary obligation, who takes either temporarily or permanently the property or financial resources of the elderly, for the benefit of someone other than the elderly, is guilty of financial exploitation.  For the purpose of this statute, a person is considered “elderly” if they are 60 years of age or older.”

Each indictment carries a maximum penalty of seven and a half to fifteen years in the New Hampshire State Prison and/or a fine of four thousand bucks.  If you or someone you know has been the victim of elder abuse or exploitation, please contact your local police department or the Department of Health and Human Services, Bureau of Elderly and Adult Services at 8 0 0 9 4 9 0 4 7 0.

With Education Secretary Betsy DeVos recently facing criticism for her guidance on the new Every Student Succeeds Act and state governments contributing nearly half of public-school funding, the personal-finance website WalletHub conducted an in-depth analysis of state education data to determine which states had the best and worst school systems in 2017.  It compared schools in the fifty states and Washington, D.C. across twenty one key measures of quality and safety.  The data set ranges from pupil-teacher ratio to dropout rate to median standardized-test scores.

The Granite State fared pretty well in the analysis, finishing:

The report concluded New Hampshire had the third best overall school system in the country, finishing fourth for quality and fourteenth for safety.  Massachusetts was far and away the number one performer in the survey, finishing first in both categories.  New Jersey finished second overall, just a couple of points or so ahead of us.  Rounding out the top ten were Wisconsin, Vermont, Virginia, Minnesota, Connecticut, Iowa and Maine.  We’ve linked to the full report from this newscast at Girard at Large dot com.

The University of New Hampshire is making diversity headlines again.  This time, it’s thanks to a million dollar grant from the National Science Foundation to quote

For those who don’t know, the N S F has been the  key player in the development of the not so scientific Next Generation Science Standards and a proponent of the Common Core.  It’s efforts to dumb down standards across the country is the stuff of folklore and legend.

Not so big on academic “discoveries”

And, in case you’ve forgotten, two years ago, the U N H found itself embroiled in a massive cultural controversy, which this radio show helped bring to light thanks to a member of our Large and Loyal Listening Audience, for publishing a Bias Free Language Guide which, among other things, said it was incorrect to refer to residents of the United States as “Americans” because, well there were two continents that shared the American name and a place known as Central America, too.

Glad to know the university system’s still focused on anything but academics.  We’ve linked to a blog posted by our contributing editor Ann Marie Banfield which both explains the damage done by the National Science Foundation to education in America and links to an article published by our very own Politically Buzzed Anchor Kimberly Morin who broke the story. 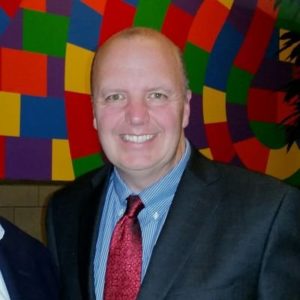 Mayberry: Will run for Congress

The race for the G O P nomination in the First Congressional District may soon be a bit more crowded.  Girard at Large has learned that New Hampshire Republican State Committee Vice Chairman Matt Mayberry of Dover is going to toss his hat in the ring.  Mayberry has been making the rounds at G O P committees and events across the state.  He’s apparently going to announce his candidacy within the next thirty days, according to our sources.

Morrissey: ODs at DD with son in the lobby

Manchester Police recently responded to the Dunkin Donuts at 8 5 5 Candia Road for reports of a customer who overdosed in the bathroom.  When police arrived , they found twenty six year old Christopher Morrissey of Boston already being treated by fire and ambulance personnel.  They also found his nine year old son.  The boy had alerted employees of the shop that his father had been in the bathroom for a really long time.  They went in and found him unconscious.

The child was placed in the care of his grandmother as Morrissey was transported to the Elliot Hospital.  He was charged with endangering the welfare of a child and was released on $2,000 personal recognizance bail.  He is scheduled to appear in Manchester District Court on September 6th.

And since Manchester’s boys in blue apparently want me to apply to become a cop and see if I can make it, I’ll let you know that the Manchester  Police Department will be host an entry-level police exam on Saturday, September 16th at the New Hampshire Police Academy in Concord.  The application process is now open and will be closing on Monday, September 11th.  Information and an application can be obtained by visiting manchester p d dot com. Please feel free to contact Officer Carl Accorto in the Training Division with any questions at 7 9 2 5 4 5 2.

That’s NEWS from our own backyard.  Girard at Large hour ___ is next.