Things are starting to heat up politically in advance of the Manchester School Board’s much awaited discussion of whether or not it will adopt the Common Core State Standards, standards which NH Commissioner of Education Virginia Barry said weren’t even adopted by the state itself at a recent meeting of the New Hampshire School Administrators Association.  Girard at Large has obtained copies of fliers that were distributed over the weekend by a group calling themselves Mothers Stop Common Core in N H.  The fliers which we have posted with this newscast at Girard at Large dot com, target incumbent school board members Ted Rokas in Ward 5, Dan Bergeron in Ward 6, Erika Connors in Ward 8 and Patricia Cornell in Ward 11 as well as at-Large member Kathy Staub urging residents to quote stop the dumbing down in our public schools end quote by calling the incumbents and telling them to “vote no” on Common Core.  Challengers Lisa Freeman in Ward 5, Robyn Dunphy in Ward 6 and Steve Vaillancourt in Ward 8 have all made Common Core an issue in their campaigns against the incumbents seeking reelection.  Bergeron and Connors have been among the more supportive  members of the board.  The matter was referred to the Board of School Committee without a recommendation by its subcommittee on Curriculum and Instruction after it failed to muster a majority in favor of adopting the standards at two meetings in September.  The committee also referred a recommendation made by Ward 9 School Committeeman Arthur Beaudry to establish a study committee comprised of members of the board, the public and educators to more closely consider what, if any of the standards should be adopted and review the city’s own curriculum.  Mayor Ted Gatsas has said that Manchester should establish its own standards and curriculum as well, so Wednesday’s meeting of the School Board ought to be interesting.  The other question hanging over the district is what to do about the introduction of Common Core curricular guides into classrooms district wide by the administration despite their being tabled back in August  by the C and I Committee.  Should be interesting, indeed.  Note:  Common Core could become an issue in the Ward 7 school board race as well with candidate Ross Terrio signaling his concerns in a recent statement posted to his facebook page.  That sets him apart from Lisa Witte, a former school district official in Manchester who now works in another district, who said she supported Common Core in an interview here on Girard at Large.  STOP_COMMON_CORE_IN_MANCHESTER-Bergeron STOP_COMMON_CORE__IN_MANCHESTER_-_Connors STOP_COMMON_CORE__IN_MANCHESTER__Cornell STOP_COMMON_CORE__IN_MANCHESTER_ROKUS

Friends of X V M Skate, the non-profit organization hoping to renovate and manage Manchester’s skate park, will be bringing its final proposal forward to the Board of Mayor and Aldermen’s Committee on Lands and Buildings tomorrow night.  The ten page proposal, which we’ve uploaded with this newscast at Girard at Large dot com, provides a range of options from “small” to “extra large” the group could undertake depending on its fundraising success.  Project options range from very small at one hundred thousand dollars to extra large at three million bucks.  Group leader Jim DeStafano brought the idea or renovating the park and making it more useable and accessible to the city’s youth many months ago and has been systematically plugging along since.  We’ll see what the committee does tomorrow night.

The Miss Hooksett Scholarship program crowned a new standard bearer over the weekend.  Kennedy Chaney will represent the Hooksett program in the coming Miss New Hampshire pageant…can we still call it a pageant?  Anyway, the first runner up was Jillian Granucci, second runner up was Holly Blanchard, the third runner up was Nicole Iacuzio and the fourth and final runner up was Samantha Mackes.  Our congrats to Chaney and all she bested in the competition.

Among other items on its agenda tomorrow night, the Manchester Board of Mayor and Aldermen will revisit the workplace violence policy City Solicitor Tom Clark found legally wanting after questions raised by Ward 10 Alderman Phil Greazzo over whether or not the city could legally prohibit city employees from possessing guns.  Greazzo issued what’s called a Notice of Reconsideration to bring the item back to the board’s agenda.  The mayor and aldermen will also entertain a presentation from its health care consultant Tom DeLacey and Anthem Blue Cross Blue Shield representative Arline Fishbine.  Wonder if ObamaCare costs are on their agenda…

Just a reminder, today is Columbus Day, don’t expect your trash or recycling to be picked up or your town transfer station to be open.  Just another day of government shutdown.  Dont’ worry you’ll get by.

That’s news from our own backyard, Girard at Large hour ___ is on the way…. 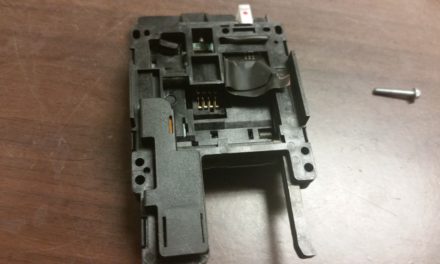