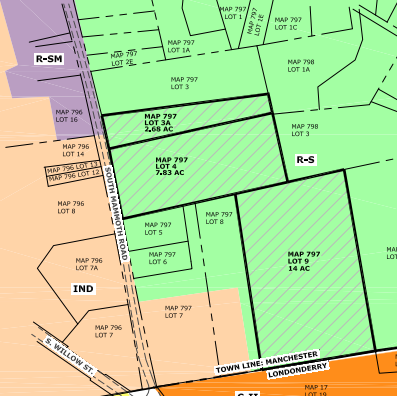 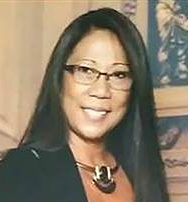 Danley:  Sent away, now back

As the investigation continues into the Las Vegas shooting, there seem to be more questions raised than answers found.  Marilou Danley, gunman Stephen Paddock’s girlfriend, returned to the United States from her native Philippines late last night.  Her sister is quoted as saying she was “sent away” a couple of weeks ago.  The investigation has also discovered that Paddock wired one hundred thousand dollars to an account in the Philippines just a week before he unleashed his attack.  Officials have yet to release information as to why or to whom the money was sent. 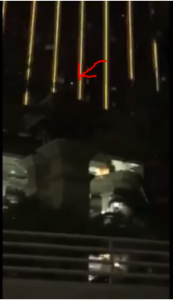 Meanwhile, video taken by a cab driver outside the Mandalay Bay Resort and Casino has raised the specter of a second shooter with what appears to be the flash of gunfire coming from a window beneath the tenth floor, a location much lower than the room on the thirty second floor used by Paddock.  (Click here for full video.)

And, in case you missed it, like we did, Governor Christopher Sununu announced, in accordance with President Donald J. Trump’s proclamation honoring the victims in Las Vegas, that all U. S. and state flags in New Hampshire should be flown at half-staff until sunset on October sixth.

Sununu: Flags at half mast, food on the lawn

Speaking of the governor, just a reminder that today is the last day that water and non-perishable food items may be left on the State House Lawn.  From there, the food will be packed up and sent to Puerto Rico, which, by the way, gave President Trump a rousing welcome yesterday in appreciation for the epic federal efforts in light of the two major hurricanes that literally wiped the island out.  You can leave stuff on the Lawn until six tonight.

The diocese of Manchester announced that the annual Bishop’s Summer Reception to benefit the Bishop’s Charitable Assistance Fund raised nearly two hundred twenty thousand dollars.  The money will be used to assist organizations that improve the quality of life and provide the basic essentials for individuals and families in New Hampshire, especially the poor and disadvantaged.

At the event, Linda Shemanske of Good Beginnings in the Upper Valley was awarded the Vita et Caritas Award, given in memory of the late Ruthie Ford.  The award recognizes a volunteer who demonstrates exceptional service to a non-profit organization assisting women, children and families.  For thirty one years, Shemanske has volunteered with Good Beginnings, which she helped found in conjunction with other women from St. Denis Parish in Hanover.  She serves as an in-home volunteer, spending two to three hours a week visiting a family with a new baby, providing respite, friendship and education for new parents.  She also serves as Board Vice President, helping to oversee the organization’s finances.

Katsiantonis: Appeal to board rejected

Well, last night’s meeting of the Board of Mayor and Aldermen was one for the record books as citizens who opposed the proposed rezoning on South Mammoth Road were verbally abused by aldermen who supported it, and aldermen who once expressed frustration with their colleagues for not supporting them on their thorny ward issues, or have otherwise expected, if not demanded, support for items in their wards, ignored the plea for support made by Ward Eight Alderman Tom Katsiantonis to oppose the project.

Residents again asked the aldermen to oppose the rezoning, citing a variety of concerns.  But, in response, they go a lot of lip.  Deposed Lord Emperor Dan O’Neil said he had no sympathy for the likely impact in Green Acres School in response to class size concerns raised by parent Patrice Benard, who said that kindergarten and other classes were already maxed out.  Instead, he retorted that his kid was in a kindergarten class at Smyth Road School with twenty six students and lashed out at comments made by Ward Eight school board candidate Jimmy Lehoux who asked the board to table the proposal until the impacts on traffic, schools and other city services could be assessed.  O’Neil chose to condemn the school board for not redistricting, which this rezoning will complicate, and accused it of failing to reduce class sizes, a challenge this proposal will aggravate.  Obviously, he’s not paying attention to the what the school board has done on both issues.

His counterpart at Large Joe Kelly Levasseur accused one resident, Dave Giovagnoli of being a “charlatan” and “pathetic,” accusing him of wanting the project to fail so he, a home builder, could buy the land and build single family homes on it instead.  Then he said an eight home development that the citizen was building nearby would probably have more school kids than the one hundred sixty units proposed under the rezoning. 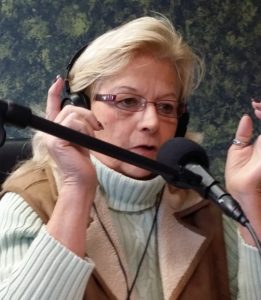 Ward Nine Alderman Barbara Shaw, who didn’t take too kindly to aldermen who were mucking it up in her neighborhoods over Walmart traffic, said the residents were wrong to accuse the board of not listening to them.  She said she was listening, but was also taking into account the entirety of the situation as she threw Katsiantonis and the neighbors overboard to announce her support for the project.  Shaw said opinion on the project was split, not universally opposed.

Ward Five Alderman Tony Sapienza thanked the assembled neighbors for their input and apologized that they’d had to give it so many times, telling them quote, “I want you to know that at least one alderman listened.”  He opposed the project.

Ward One Alderman Kevin Cavanaugh pointed to the twenty five single family home development being built in his ward, saying that he’d had a lot of questions about it, but no opposition.  He said he learned his lesson from the missteps made in Ward Nine over Walmart and that he believed the residents and their alderman should be listened to, respected and supported.

The rezoning passed on a nine to five vote, with Cavanaugh, Pat Long of Ward Three, Sapienza, Elizabeth Moreau of Ward Six and Katsiantonis opposed.  We’ve linked to our Live Blog Forum of the meeting where you can get the play by play as it happened from this news read at Girard at Large dot com.  We will discuss, to be sure.

The Manchester Planning Board will hold a public hearing tomorrow night at 6:00 in the Aldermanic Chambers at City Hall to review proposed changes to the Plan Subdivision and Site Plan Regulations that are necessary to implement the new Impact Fee Ordinance  recently enacted by the Board of Mayor and Aldermen.  The proposed changes establish a one hundred dollar fee to apply for an impact fee waiver and establishs a conditional-use-permit process to apply for a waiver.  We’ve linked to the proposed changes from this news read at Girard at Large dot com.  Proposed Changes to Planning Regulations.  We’ve also linked to the Manchester Zoning Ordinance, which includes the newly enacted requirements for Impact Fees.  Zoning Ordinance.

Any questions should be directed to the Department of Planning and Community Development  at 6 2 4 6 4 5 0.