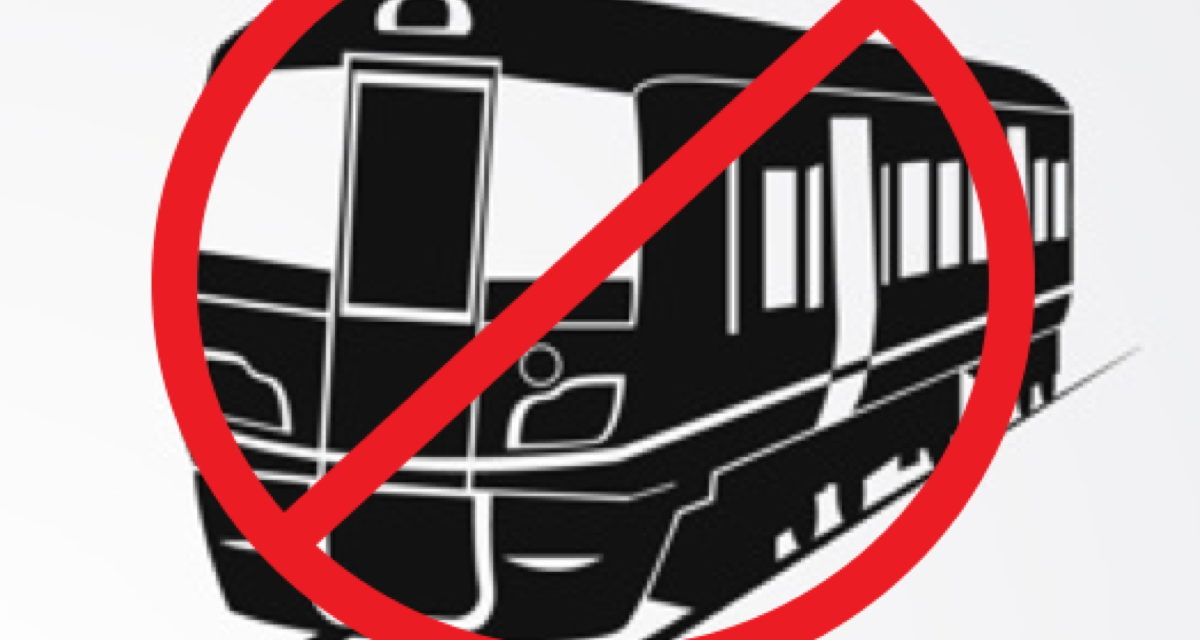 by Jane Aitken
for the Bedford Residents Association

Update May 22, 2019: Please sign our PETITION to let the House of Representatives and Governor know we do not want commuter rail/income tax for NH.

You may have seen this recent Union Leader article that touts a recent St. Anselm’s ‘survey’ regarding commuter rail for NH. It is claimed that “75.5% of residents surveyed” support the creation of a commuter rail system that would run from Mass. up to Concord. What they do NOT tell you is that the number of people polled was likely around 300 who don’t yet even pay taxes…

How convenient that this propaganda was released and being touted by groups like https://www.nhbiz4rail.com/ just in time for the SB 241 hearing before the House Public Works and Highways Committee? The Committee will hear testimony and then they will arrive at a recommendation for a full vote in the House.

“SB 241 would authorize the Transportation Department to accept federal funding for the project development phase of the Capitol Corridor rail project, connecting Concord, Manchester and Nashua to the MBTA commuter rail system.”

Claiming it would be a boon for businesses, what is interesting is that NH’s state economy is already the second best in the nation and doesn’t need help from old technology like trains. If the goal is to remove us from our cars, that won’t fly either. With easy access to Boston and points North via Rte 93, we doubt there would be enough ridership to support such a system.

You may also be unaware of how many of these systems in other states have gone into the red with the burden of bankruptcy then transferred to the taxpayers.

In New Mexico, there are not enough riders to support the system.
https://www.santafenewmexican.com/news/local_news/rail-runner-numbers-continue-to-decrease/article_97afd415-33cf-556d-b799-73043ab107ba.html

In California, the new bullet train is already BILLIONS in debt.
https://www.forbes.com/sites/patrickgleason/2018/12/14/jerry-brown-leaves-california-with-100b-train-debt-as-texas-pursues-its-own-rail-boondoggle

Apparently expert Dick Lemieux, a retired highway engineer and transportation planner with more than 30 years’ experience reviewing multimodal transportation plans from NH to Hawaii, agrees with us and has written as much in many articles that have appeared in several publications.

The propaganda for this project is heavy. The real majority in NH needs to be heard.

Tell the House Public Works and Highways Committee to “ITL” Sb 241 and stop the runaway train to an income tax. ([email protected])

If the recommendation for SB 241 is “OTP” tell the full House to vote NO. ([email protected])

If that too fails, tell the Governor to VETO this taxpayer boondoggle, as it will surely amount to an INCOME TAX for NH. (https://new-hampshire.secure.force.com/support/GOV_Opinion)

—
The Bedford Residents Association is a non-partisan, non-political, CITIZENS ACTION group of long-time Bedford Residents whose mission is to preserve local control, encourage transparency of town and school government, and increase taxpayer participation in all aspects of shaping the future of the Town of Bedford, NH. We are NOT affiliated with any political party.