Manchester School Board vote on “student voice” not legal 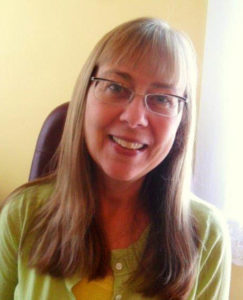 Despite staunch and consistent opposition of student representatives from the city’s high schools, the Manchester Board of School Committee voted to add student representatives to their ranks, bringing to a conclusion a more than four year odyssey that pit students from the Granite State Organizing Project’s YOU group against the overwhelming majority of students who actually represented their high schools before the board.  The linked to article documents well the student opposition that was presented both at the Policy Committee and at the board.  What it doesn’t document are the answers consistently given by students from every high school during the last term when asked, by then Vice-Chairman Arthur Beaudry (D-Ward 9) whether or not they would prefer “a seat on the board” to the current system that provided each school with a place on the agenda to update the board on their school and raise their concerns.  Every student from every school preferred the system the prior board had created to having a seat on the board.

The linked to article documents well that the only student group in favor of a student seat on the board was the “progressive” YOU group from GSOP, a leftist activist group that has persuaded their membership, consisting exclusively of students of color, especially refugees and immigrants, that the school system is racist and they’re victims of it.  (Hell of a thing to tell refugees and immigrants about the country and community that took them in, don’t you think?). YOU opposed the election of representatives because, as said by several in public meetings, they (YOU members) “weren’t popular” at their schools and wouldn’t win. 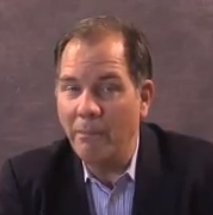 All of that said, the point of this article is to assert that it is not legal for the board to seat a student representative.  In short the state laws providing such representation simply don’t apply and city solicitors prior to the election of Mayor Joyce Craig, who enjoys strong support from GSOP and its YOU group, rightly said as much. 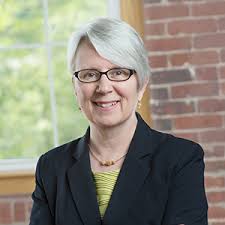 Rice: Didn’t include all of the statutes in her political opinion

and RSA 194:23-f, High School Student as School Board Member, which provides:

The provisions of this section shall apply only to high schools located in a school district in which the school board has voted to have a nonvoting student member pursuant to RSA 189:1-c.

III. A student board member shall serve for a term of one year.  The school board shall decide the date at which the term shall begin. Any student who will graduate during the term’s duration is not eligible to be a candidate and is not eligible to vote.  The student government of the high school shall establish a procedure for filling any vacancy that may occur in this position.  A student board member shall serve without pay.

V. A student school board member shall be excluded from discussions and procedures of the school board involving subjects which are confidential under RSA 91-A.

Craig: Ignored law, the opinion of two boards AND the students to push her position

At first blush, the policy adopted by the board does appear to meet the mandates of both statutes.  However, that is not the issue.  The issue is whether or not the statutes apply to the city.  In order to determine that, one has to read and assess ALL of the laws referenced in these statutes.  RSAs 189:1-c and 194:23-f are easy enough.  They reference each other.  The consequential statute, referenced by both, however, is RSA 671:4, reference to which is noticeably missing from Solicitor Rice’s “legal” opinion.  RSA 671:4 Board states:

A school district which is not a cooperative school district as defined in RSA 195:1 may have a school board of 3, 5, 7, or 9 members, as it shall determine by vote at any annual meeting. They shall serve for a term of 3 years.  Insofar as possible, an equal number of the members shall be elected at each school district election.  Whenever such a district determines to change the number of board members, it shall also determine the number of members to be elected each year.  Such change shall not take effect until the school district election in the year next following the one in which the change is voted.  The board will increase or decrease in membership so that there will always be an uneven number of members until the desired number is reached.  The school board of a district which does not otherwise vote shall have 3 members.  All emphasis added.

Manchester’s school board does not comply with ANY of these statutory provisions.  Not one.  The reason for that is the city’s charter determines the board’s number, term and election cycle.  The charter, by the way, IS state law.  Since Solicitor Rice and the supporters of this proposal state that state law trumps local law, it’s important that the public understand that the city charter IS, in fact, state law.  Charter Section 4.02 SCHOOL COMMITTEE establishes the school board thusly:

Charter IS state law and IS clear on membership

The School Committee shall be comprised of fourteen (14) members, one each from the twelve wards of the city and two from the city at-large. The school committee shall sit and act together as one body. The mayor shall be an ex-officio member with all the powers and privileges of the other committee members and shall be chairman of the committee.

When asked about why RSA 671:4 didn’t override this portion of the charter the way she said the other two statutes did, Solicitor Rice told me she wasn’t “in the business of giving legal advise to the public.”  I wasn’t “the public,” by the way.  I was an at-Large member of the board at the time.  She abruptly terminated the call.
The importance and relevance of this charter provision can’t be understated.  Bedford, Hooksett, Candia, Auburn and Deerfield often and officially asked for representation on the Board of School Committee when they, as towns that provided the city millions in tuition payments, sent their high school students to Manchester.  The answer EVERY time was that it was not allowed by the city charter.  So, how is this different, other than it’s being pushed by a political group that manipulates minority students to have “voice,” the provisions of law notwithstanding? 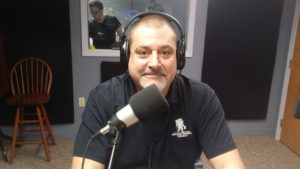 That brings us to RSA 195:1.  This link has been provided rather than take up space here because it provides the definition of “cooperative school district” and Manchester does not meet that definition.  Since Manchester doesn’t meet the definition, we’re left to ask whether or not Manchester is covered by RSA 671:4.  Clearly, it is not.  Therefore, the RSAs enabling students to be seated on school boards around the state simply do not and cannot apply to Manchester.  If they did, then the city would also be bound by RSA 671:4 and the charter provision determining the school board’s membership and terms would be completely null and void with Manchester having a board that reflected the requirements of the statute.

During the meeting, Committeeman Beaudry raised these points.  The district’s attorney is supposed to research the matter and get back to the board.  Once she does, we’ll know whether or not she’s worth the large salary she receives or she’s going to provide, as Solicitor Rice did, a purely political opinion that completely ignores the relevant state law to placate a political organization with a race based agenda determined to paint the district as racist, with the willing help of its supporters on the board.

Beaudry, Joe Lachance (R-at-Large) and William P. Shea (D-Ward 7) are to be congratulated for withstanding the political assault that accompanied this proposal to stand with the Rule of Law.  Dan Bergeron (D-Ward 6), a supporter of students on the board, was absent (again) and did not vote. 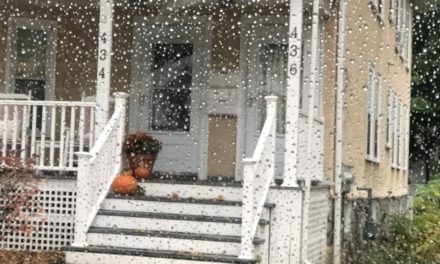