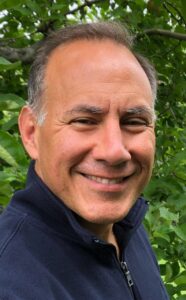 AT NO TIME since the taxpayers imposed a cap on spending and taxes has the Manchester Board of Mayor and Aldermen been able to tax and spend so much under the cap. Still, it was not enough for the big spenders at City Hall.

Despite increasing taxes and spending more than at any time since the cap was imposed, Mayor Joyce Craig urged the board in her budget address to override the cap to fund shortfalls in health insurance, severance and raises that she, despite the record increases, couldn’t figure out how to fund.

What she did fund was “step” and “longevity” pay raises for unions whose contracts expire on June 30th. The city is not obligated to fund raises in expired contracts but she bragged about doing it, guaranteeing recipients at least a 3% raise, not counting any cost of living raise.

She also funded dozens of vacant positions, though neither she nor the city’s finance nor human resources offices were able to identify how much that cost in response to a Right to Know request.

In addition to this record increase in taxes and spending under the tax cap, $52 million more in COVID-19 and other federal funds were spent. Instead of using that one-time money for one-time expenses, it is being used to start new programs, fund multiple new positions, extend grant-funded positions and renovate private stores and subsidize their inventories. So much of the new debt the mayor proposed in new projects could have been avoided by using these funds. Instead, the taxpayers are now on the hook for millions more in unnecessary debt.

Board of Alderman Chairman Pat Long (Ward 3) made a bad situation worse. With the complicity of the mayor, Long proposed several amendments to her budget at the board’s meeting of May 17. Rather than put the changes on the table for a vote at its next meeting so that the public could see and comment on the proposals, the changes were rammed through in a clearly orchestrated manner. Had aldermen Joe Kelly Levasseur (at-Large) and Ed Sapienza (Ward 8) not asked the questions they asked, there would have been absolutely no discussion of the proposed changes.

Among those changes was a $2 million cut to the school district’s budget. Long justified it, saying the district will receive a $5.2 million increase in state funding thanks to recently passed legislation. Expect the board to appropriate and give that revenue to the schools once it’s available, thus giving the district a $3.2 million increase in funding, not a $2 million cut. That’s money that could have lowered taxes for the taxpayer during this time of record inflation.

That $2 million “cut” was given to the “city-side” of the budget to add more new positions, all critical of course. In addition, the aldermen overrode the tax cap to pad the severance account, which is tapped every time someone retires from city service, and fund a massive increase in the contingency account, over $3.1 million, which will likely be doled out in more pay raises as the city settles contracts with its various unions.

Of the tax cap override, Alderman Kevin Cavanaugh (Ward 1) praised the board, likening the override to a business “investing profits.” How a city raising more taxes is like a business investing profits is a session I must have missed in my public finance course.

Not to be outdone, Mayor Craig commended aldermen for adopting a budget that would “maintain and grow critical city services…while balancing the fiscal constraints of our residents.” Right. Overriding the tax cap to increase taxes and spending by more than it allowed is incontrovertible evidence that “the fiscal constraints of our residents” were seen, respected and honored, especially after the massive hit home owners took in the revaluation and the prior budget’s tax hike which was triple what the Mayor and Board of Aldermen projected.

The only honest thing said by Mayor Craig was that this budget grew government, especially when considered alongside the massive infusion of federal funds that the mayor, aldermen and school board squandered to grab headlines during an election.

Let this be a call to arms for Manchester’s fed-up taxpayers. The time to think about running for office is now, not next year. How can I help?

Richard H. Girard is publisher of girardatlarge.com and lives in Manchester. Girard is a former alderman, school board member and mayoral candidate in 2021.

As originally published in the NH Union Leader