The New Hampshire School Boards Association has launched yet another broadside against a key component of implementing the Common Core State Standards in the state.  This time, they’ve gone after changes made to the state’s teacher evaluation laws which, among other things, require districts to base not less than twenty percent of a teacher’s evaluation score on the performance of their students on, you guessed it, the state’s standardized tests.  The Association is urging teacher and principal unions to take advantage of tenets in the law that require local school districts to provide time for them to comment on their proposed standards.  We’ve uploaded the letter they’ve sent their members with this newscast at Girard at Large dot com.  The bill that made these changes was a companion of sorts to Senate Bill Forty Eight, which the feds forced the state to pass in exchange for a waiver from the No Child Left Behind Act.  The direct tying of student performance on standardized tests to teacher and administrator evaluations is a key tenet of Common Core, one that opponents have warned will cause educators to quote un quote teach to the test.  The Association also warned the law’s requirements could impact collective bargaining agreements and negotiations.

A candidate for Moderator in Manchester Ward two finds himself in real hot water over comments he made about an act of vandalism committed against the Republican State Committee headquarters in Concord yesterday.  After GOP Chairman Jennifer Horn sent out a news release noting they’d filed a complaint with the Concord Police Department because someone had spray painted “W W J D health care for everyone” on their building, Democratic activist Keith McCrea, the aforementioned moderator candidate, spokesperson for Democratic Portsmouth State Senator Martha Fuller Clark, and former campaign manager for Democratic gubernatorial candidate Jackie Cilley tweeted quote “why does the GOP hate Christ” end quote.  He also tweeted quote “outraged by Christian graffiti.  Healthcare for all is bad?  Hilarious…and who does this party represent, again?”  Horn and G O P Executive Director Matt Slater called on top democrats, including Governor Maggie Hassan, to condemn the tactics and the comments saying they have no place in our political discourse.  We’ve posted the G O P release with pictures of the vandalism as well as the one with screen shots of the tweets for your viewing pleasure at Girard at Large dot com.

There’s a growing controversy in New Hampshire over the role of Regional Planning Commissions and their work affecting local communities planning and zoning efforts.  We’ve seen that in a number of Manchester area communities and government watchdog organizations who say the R P Cs, as they’re known, are greatly exceeding their legal authority.  Concerned about what they believe to be extra legal activities, The Coalition of New Hampshire Taxpayers is hosting an hour long session on what legislators need to know about the commissions on October twenty second from 9 to 10 A M in Room 3 0 8 of the Legislative Office Building in Concord.  There will be a presentation and open forum for legislators to ask their questions and dialogue with the presenters who will be State Rep. Jane Cormier of Alton and planing expert Ken Eyring.  CNHT urges you to ask your legislators to attend.

Ward 10 School Board Member John Avard is hosting another Coffee With the School Board session on October 24th.  Residents are encouraged to visit with Avard and other attending school board members in the library at West High from 6 to 8 P M.  Light refreshments will be served.  It’s billed as an open forum where any and all questions can be asked and all will be heard.

The Greater Derry Londonderry Chamber of Commerce is putting out the last call for it’s Lunch and Learn tomorrow.  The topic is using tablets for business and it will be presented by Kristina Gaffney Feoli of Inception Technology.  Many in business struggle today with a variety of paper forms and tablet technology can help.  Whether they’re being filled out internally by staff or externally by customers or patients, electronic forms on tablet computers may provide big benefits to your business.  This lunch event is open to the public in addition to Chamber members.  Reserve your seat today by calling Cristen at 4 3 2 8 2 0 5 or Cristen@GDLChamber.org 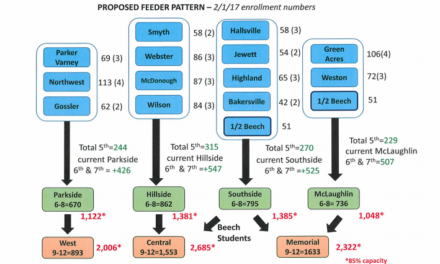