Bob Smith’s “Reasons to be on the Offensive”

(Hour  2a, b) Former U.S. Senator Bob Smith is making another run.  He burned a few bridges at the end of his first stint.  Smith explained what happened in the wake of his primary loss to John Sununu, apologized for the “very stupid mistake” he made and stressed that critics should look to the WHOLE record before judging too harshly.

He is running again because he is deeply concerned about the massive expansion of centralized government by President Obama and the Democrats.  Senator Jeanne Shaheen will be a formidable opponent, according to Smith, and he explained some of his strategy to defeat her.

Smith criticized the GOP for “abandoning their principles” and caving in on issues like gun rights and the Right to Life, which contributed to their own demise.

“We have every reason to be on offense this election,” said Smith. “Consider the Affordable Healthcare Act, where women are losing their doctors due to ACA mandates.  That’s the REAL War on Women!”

Smith also had a message for Democrats on the Right to Life issue:  “Bring it on. I’m ready!” 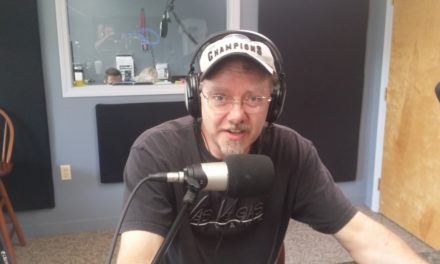 Casino and prison growth in NH