power back on, for the most part

As of nine o’clock yesterday morning, Public Service Company of New Hampshire declared that its efforts to restore power to the nearly two hundred ten thousand customers who lost it the day before Thanksgiving were quote unquote “substantially complete.”  Some fifteen hundred personnel from P S N H, Ontario, Quebec, New York, Vermont, Massachusetts and Connecticut worked to clear trees and fix the damage done by last Wednesday’s storm.  The completion of this restoration effort largely consists of the time consuming work needed to repair individualized damage.  P S N H is asking that anyone still without power who has not yet reported the outage, or those returning from holiday travel to discover their power is out, to call them at 8 0 0 6 6 2 7 7 6 4 so that they can respond.

Is there or isn’t there a waiver for the Alton and Londonderry school districts to the Smarter Balanced Assessment?  Manchester Superintendent Debra Livingston said at last week’s Manchester school board meeting that she’d spoken with the state Department of Education and that no waivers had been issued.  Well, that got us curious, so we contacted Londonderry Superintendent Nathan Greenberg, who has yet to reply to our inquiry on the matter and Alton School Board Member Krista Argiropolis who broke the news that her high school and Londonderry’s had received waivers.  Argiropolis told us if there was no waiver, it was news to her.

Argiropolis: No waiver would be “shocking” news to her!

According to her, administrators in her district know noting of not getting a waiver, though they apparently are still awaiting for the document itself.  In fact, she said it would be shocking if they didn’t have it as they’ve been working with officials in the department of Ed. to gain reimbursement for their use of the S A T and have had their school approved as a site for the test and have been billed by the College Board to administer the test in April.  Kinda makes you wonder who’s saying and doing what and why, doesn’t it?

Toys for Tots: Auburn Police and Fire helping out.

The Auburn Police and Fire departments are joining forces with the Marine Corps Reserves to make a difference in the lives of children by delivering toys to deserving families.  They will be collecting new, unwrapped toys in the lobby of their Safety Complex for the Marine Corps’ annual Toys for Tots campaign through December 12th.   Residents of the town are encouraged to leave a new, unwrapped toys during normal business hours.

The Tri Town Times is reporting that the recent meeting of the Hampstead School Board started off with a tense exchange between School Board Chairman Greg Hoppa and Budget Committee Chairman Jorge Mesa-Tejada.  As he said he would do in his interview here on Girard at Large, Mesa-Tejada, took to the microphone during the Visitor Comment portion of the meeting to ask Hoppa whether his prohibition on Mesa-Tejada speaking on school board agenda items applied to him as the Budget Committee Chairman or simply a private citizen.  Hoppa, who acknowledged that Mesa-Tejada’s letter was sent as a private citizen, not a budget committee member, confirmed his ruling as chair was to bar Mesa-Tejada from speaking in any capacity on agenda items outside the Visitor Comment period unless the board voted to give him permission to speak on a budget issue.

TTT has the story

Needless to say,  Mesa-Tejada was not happy with Hoppa’s answer and challenged his authority to act in that way.  Hoppa said the other Budget Committee liaisons could pose budget questions if necessary.  We’ve linked to the full story in the Tri Town Times, which also reported on some interesting budget issues that arose at the meeting.  Too bad Mesa-Tejada was barred from speaking in his capacity as Budget Committee Liason to the School Board.

Metzler: Told to come back with ZERO increase in spending

Looks like the Timberlane Regional School District Budget Committee is feeling the heat of public scrutiny and discontent.  At its meeting last week, the committee voted to direct Superintendent Earl F. Metzler and his administration to return with a budget showing zero percent increase at its next meeting.  The committee had voted way back in April to have the administration come in with a zero percent increase in the budget, but they didn’t; presenting a nearly three percent increase in spending instead.  Moreover, they released that budget proposal two weeks later than last year, according to Timberlane Regional School Board Member Donna Green.  Green credits the administration’s release of the budget online a week prior to the Budget Committee’s meeting with their ability to detect the increase and review the numbers before the meeting.  I guess we now know why they release so little information in advance, if at all.  It gets them in trouble.

Green: Irregularities in meeting’s posting, among other things.

After the vote to require the submission of a flatline budget, no further deliberation on the budget occurred.  Observers also questioned the manner in which the meeting was advertised.  Apparently, the long standing practice of posting the agenda in two public places, posting it online and using email to notify a broad spectrum of people wasn’t followed, though the notice of meeting met the technical definition under the law.  The budget committee only has two scheduled meetings left, including one two days before Christmas, which, apparently, has a well established track record of being canceled.  We’ll see if that happens again this year.  We’ve linked to Green’s blog post on the matter from this newscast at Girard at Large dot com.  In it, she raises many issues and questions that bear investigation. 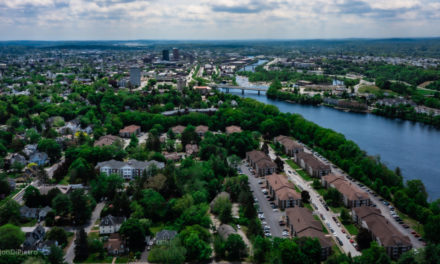