The dirty deal is done

The dirty deed is done. The Manchester Board of Mayor and Aldermen gave final approval to a three point three million dollar bond to convert the city’s street lights to L E D fixtures. It was a mere formality as the matter had been effectively decided at the board’s last meeting.  In order to satisfy the requirements of the city charter and state law, the bond had to lay over for a minimum of five days before being finally approved.

Despite costing more money, the contract was awarded to Siemens, whose base of operations will be in Massachusetts, not New Hampshire as competitor Philips Lighting North America had proposed.  Girard at Large learned yesterday that in between the the time matter was brought to the board’s Energy Committee and the time it was approved last week, Siemens revised its bid on multiple occasions to change the fixtures that would be used on approximately five thousand street lights to increase the projected savings to match those identified in the Philips’ bid. In a letter ignored by the board that night, Philips questioned the numbers being presented and maintained its fixtures provided more and better light at a lower cost. Only Ward Eight Alderman Tom Katsiantonis maintained his opposition against the bond.  Katsiantonis said he would not vote for the project because of the politics behind the scenes that led to Siemens getting the bid. Ward Four Alderman Jim Roy was absent from what was about the quickest meeting we’ve ever seen of the board.

Students from the Manchester School of Technology did amazing job at the recent Skills U S A N H competition.  Taking gold medals in Digital Cinema Production were Justin Farley and Christopher Manseau.  In Cosmetology, Leanna Geiger grabbed the gold, Sabrina Rousseau took silver.  In Long Hair Design Cassandra Farias was a silver medal winner.  In the Customer Service category, Natalie Henrique was a gold medal winner.  Breannah Picard and Caitlin Handy shared the gold in Esthetics while Taitum Keough and Kelsee Jacobs brought home the bronze.  In Extemporaneous Speech the gold went to Alexandra Curran and silver went to Meghan Belanger. Paradise Ducharme took home the gold for Job Demonstration Open and in the Prepared Speech category, the silver medal went to Valery Gonzales and bronze was awarded to Allison Somerset.  As a school, M S T was voted the most spirited!

All the kids who won gold are eligible to compete at the Skills U S A Championships, which is the showcase for the best career and technical students in the nation.  This is a multi-million dollar event that occupies a space equivalent to sixteen football fields. Last year, nearly six thousand students competed in ninety eight events with nearly fifteen hundred judges and contest organizers to make the national event possible.  The championships reward students for excellence, by involving industry in directly evaluating student performance to keep training relevant to employers’ needs.

Looks like there is going to be a big showdown over the budget this year as the Manchester Board of School Committee defied the city charter and voted to send the budget recommended by Superintendent Debra Livingston to public hearing and then on to the aldermen.  Under the charter, the board is required to send a budget that conforms to the city’s tax cap.  That budget would have increased spending by over two point one million dollars.  The budget approved by the board last night, if adopted, would increase spending by just under five point two million dollars.

In addition to the million dollar increase in state retirement funding and a one point seven million dollar increase in health insurance costs, the budget would layer on more than two million dollars in new staff and recommends a number of salary adjustments that increase the pay of some existing administrative staff by twenty percent.  No money was included for teacher pay raises.  There was also about a hundred grand in there for new athletic teams at the middle schools as well, among other items.

Ward Nine Committeeman Arthur Beaudry led the charge to ignore the charter and not forward the required tax cap budget to public hearing.  Only Committeeman at Large David Wihby opposed the move.  Ward Ten Committeeman John Avard abstained saying he agreed that’s the budget the aldermen should get from the school board, but believed the board was obligated to send the tax cap budget to public hearing and then on to the aldermen.  Mayor Ted Gatsas, who will present his proposed budget to the city at a special meeting of the Board of Mayor and Aldermen on March thirty first, the last day allowed by the charter, also abstained, which is typical of mayors on budget matters.  Ward Six Committeewoman Robyn Dunphy was absent.

Gatsas: Counts ALL the numbers

During the debate, Gatsas pushed back against claims that the tax cap budget would cause the district to backslide saying it was spending more money on fewer students and reminding everybody that the general fund budget is about twenty six million dollars short of what is actually spent when off budget funds are included.  He also took the occasion of Livingston’s presentation of a five year budget outline to question why spending would go up a whopping twenty six million dollars over five years when student enrollment numbers were only projected to increase by roughly one hundred students.

Avard: Betwixt and between

Avard pointed out that twenty three million of the twenty six million dollar increase was in salaries and benefits, which unwittingly underscored a point made earlier in the debate by Ward Three Committeeman Christopher Stewart that salaries and benefits had to be brought under control through a restructuring of the employee union contracts.

The attitude of the board can probably best be summed up by Ward Eleven School Committeewoman Kate Desrosiers who said she wasn’t elected to inadequately fund education and that the board should support the superintendent’s recommended budget.

Desrochers: Not here to inadequately fund

Other items of note included a discussion on redistricting, which Gatsas tied to the budget debate getting Livingston to admit that redrawing the lines could take pressure off overcrowded classrooms at the middle schools.  Livingston said she’ll be coming forward with a plan at the next meeting, but coyly declined to disclose whether or not it would be a district wide plan or a selective one.

Barry: No reply to city

There has been no reply from Education Commissioner Virginia Barry to the board’s invitation to address it and answer its questions.  That was discovered during the discussion on a motion by Beaudry to send a letter to the state seeking reimbursement for the seven thousand dollars the district spent the headphones and computer mice needed to take the smarter balanced assessment.  He said it was an unfunded state mandate to take the test.

Mayor Gatsas urged board members to review the youth risk survey given to high school freshmen.  It would be safe to say he didn’t think it appropriate for the age group.  It kinda sounded like the salacious survey given in Bedford last year.  We’ve requested copies.

There was ooohhh sooo much more and it’s all in our Live Blog Forum, which we’ve linked to from this news cast at girard at large dot com.

That’s news from our own backyard; Girard at Large hour ___ is next. 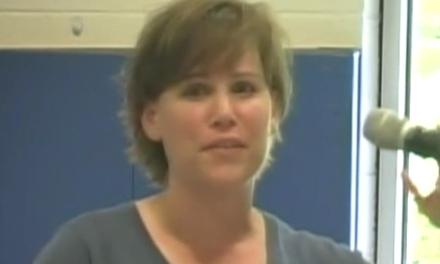