After more than a week, Manchester Superintendent Debra Livingston released copies of the Youth Risk Behavior Survey given to freshmen at Central, West and Memorial high schools.    The surveys were brought to the attention of Mayor Ted Gatsas by parents from Central High School.  According to Gatsas, the parents were unhappy to learn that their students were given the survey without prior notice to them.

Gatsas raised the issue at the March 23, 2015 meeting of the Manchester Board of School Committee.  Gatsas said he questioned Livingston about the survey and was told the answers are used by the district to provide programming to combat risky behaviors.  Gatsas then said he’s looking for any information the district could provide to show it had ever used the data from that survey to affect programming in the schools.  He said the information requested of the students was “appalling” and suggested every school board member review the survey.

At the meeting, Livingston said the surveys had been used by the district for years and that it was voluntary and that there were four different places on the cover letter telling students they did not have to take it.  She also said that no personally identifying information was collected from students.  In response to comments made by Gatsas, Livingston said that if the board wanted to approve of such surveys before their distribution, it could do that.

If we receive any information sent from the district to parents about the behavioral survey, we will release it immediately.

Click here for our interview with Mayor Gatsas on the topic. 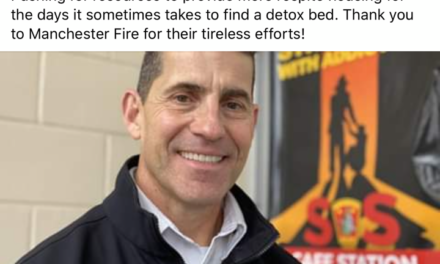