Deb Courtemanche joined us from the Merrimack Chamber of Commerce for our Chamber Chat segment.  She brought Edna Wood and Cindy Theberge with her this morning.

When Chris Woods, an avid cyclist, was diagnosed with Parkinson’s Disease at the age of 41, the mission of the extended Woods family was to find a cycling event that raised money specifically for Parkinson’s research.  For years Chris had been riding in the 150 mile Diabetes ride and the 150 mile MS ride but had never heard of one for PD.  After much research, it became clear that there was nothing in the country, let alone the New England area, so the family decided to organize their own!

The New England Parkinson’s Ride took shape in the summer of 2008, and linked up with Team Fox at the Michael J Fox Foundation.  Although we had only 35 riders that first year, we managed to raise over $27,000 for the Michael J Fox Foundation!  We started with a 30, 50, and 100 mile loop, with 10 rest stops manned by volunteers along the way, and added a 10 mile route in 2009, to accommodate younger families and less experienced cyclists.  All routes begin and end at The Ballpark www.oobballpark.com in Old Orchard Beach, Maine, and travel through the countryside and shoreline.

The ride has grown in leaps and bounds over the past seven years and in 2014 drew 626 cyclists from 18 states and 2 provinces in Canada and more than 100 dedicated volunteers! We raised over $424,000 and thanks to the dedication of our cyclists and volunteers, the New England Parkinson’s Ride became the largest single-day fundraising event in the history of the Michael J Fox Foundation!  That also put us over $1.25 million in cumulative donations to MJFF for which we received a personal thank you from Michael himself http://youtu.be/sKMWYeBqY4c

Although our primary goal is to raise funds and awareness for Parkinson’s Disease, we like to think of our event as a “weekend at the beach, with a ride thrown in for fun”.  Riders of all ages and abilities are welcome so it can become a wonderful family tradition or a weekend away with your cycling buddies.  We now have entertainment, concessions, vendors, even showers at The Ballpark, so it’s a great way to spend a day, even if you’re just a spectator.   Although all rides are completed in one day, there are many hotels in the area where friends and family can stay and play.  Many of them offer discounted rates to those participating in the Ride (see Accommodations).

In addition, we offer a Pasta Supper on Friday night, where cyclists can socialize and check-in ahead of time for the morning’s ride.  Our hope this year is to make it a fun-filled family event, complete with live and silent auctions.  Stay tuned for more information as we get closer to the Ride!

The New England Parkinson’s Ride obtained our 501c3 status as a charitable organization in March of 2013 and, with the exception of the Director, is run exclusively by volunteers.  We are extremely grateful to our SPONSORS, as we rely completely on those dollars along with registration fees and various fundraisers throughout the year for the operational expenses of The New England Parkinson’s Ride.   It is of utmost importance to us that 100% of the money that is raised by the cyclists in the form of donations goes directly to the Michael J. Fox Foundation for Parkinson’s research. 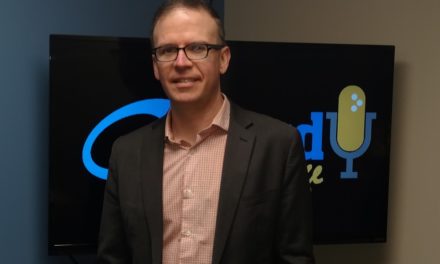