Patrick Arnold, mayoral candidate (D) is interviewed by Rich, and we get a chance to meet him, and hear a little about his vision for Manchester.

Mr. Arnold weighed in on a variety of subjects from what he calls missed opportunities by the current administration, to how he would increase the tax base and the city’s recent down-grade of its bond rating.  He expresses his desire to participate in what he calls a “robust debate,” with both fellow democrats and the incumbent mayor.

A continuation of our interview with Patrick Arnold, Mr. Arnold expresses his desire to try to increase voter turn out, and we hear why his presence in the race has been met with a degree of reluctance by the part apparatus.

He discusses his belief that the mayor is responsible for showing the taxpayers value for their money, and that the city must learn to live within the confines of the tax cap.

Veterans In Our Own Backyard: Sullivan Square & Pulaski Park 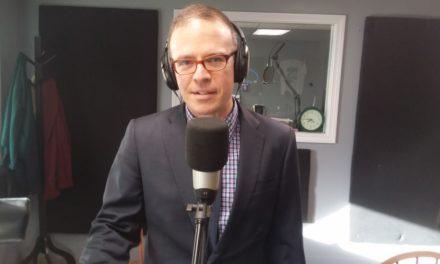 Chamber Chat: Full-Day Kindergarten, SB128 and the Cost of Electricity