Quote:  “Additionally and just as troublesome, this bill aims to put in place additional barriers for New Hampshire students who decide to access education about sexual health.  Research has shown that teens who participate in comprehensive health education programs that discuss the importance of delaying sex and provide information about contraceptives are less likely to experience teen pregnancy or sexually transmitted diseases.”   That’s part of what Her Highness the Governess Margaret Wood Hassan had to say when she vetoed House Bill 3 3 2, the bill sponsored by State Representative Victoria Sullivan, Republican from Manchester’s Ward Nine, that requires school districts to provide advance notice to parents and legal guardians of course material involving discussion of human sexuality or human sexual education.  Apparently, Hassan believes parents are now an additional barrier to their children’s education, or at least shouldn’t have a role to play in determining what is and is not appropriate for sex education.  She also complained that the rule would unduly burden school districts by having to provide notice, as if teacher’s don’t know well in advance what they’re going to teach and when.

Sullivan issued a statement in response saying quote:  “There have been very public local incidents where New Hampshire parents would have preferred to have handled particular subject matters in a different manner than an educator did.  In these instances, parents found out after the lesson has already been taught, which made for a very difficult and confusing situation for the children involved.  This bill would alleviate that kind of conflict between parents and schools, and instead make them partners in education, which should always be the goal we strive for…Once again, Governor Hassan has made the decision to put the involvement of every day parents second to extreme liberal special interest groups.”

We’ve linked to everybody’s statements in full so you can catch it all.

The Greater Derry Londonderry Chamber of Commerce will launch its nonpartisan New Hampshire Primary Series with a meet-and-greet event with former Gov. Martin O’Malley, Democrat from Maryland, at 11 A M, Wednesday on July eighth in the function room at The Halligan Tavern in downtown Derry.  The series will give members of the local business community the opportunity to meet, hear from, and share their concerns with presidential candidates of both political parties.  “While the Greater Derry Londonderry Chamber  is a nonpartisan organization that does not endorse or otherwise support candidates for any public office, the nonprofit business advocacy group does strive to connect its member businesses with policy makers on the local, state, and federal levels,” said Chamber President Will Stewart.   The events are free and open to the public.  However, given the limited seating capacity, preference will be given to Chamber members. To register, visit g d l chamber dot org.

Supreme Court: Does it again

In case you missed it, history repeated itself on Friday as the United States Supreme Court did to the country over gay marriage over what it did to the country over abortion:  It legalized it.  So, despite the rather robust political dialogue over the matter in state after state, something acknowledged by Justice Anthony Kennedy who wrote for the court’s majority, the court has allowed laws overturned by lower courts in the vast majority of states to remain overturned and overturned what was left, saying the states offered no compelling reason why laws defining marriage as between a man and a woman should be left in place.  Apparently, the incompatibility of alternative definitions with religious practices and beliefs as guaranteed by the First Amendment don’t count in Kennedy’s view.

Chief Justice Roberts: Where was that logic in Obamacare case?

Chief Justice John Roberts gave a brilliant dissent, pointing out the court’s ruling had nothing to do with the constitution.  That raised the hackles of conservatives across the fruited plain who chortled about Robert’s ruling in the Obamacare case decided just the day before also having no basis in the constitution.  One thing is clear, this court has lost its way, playing favorites with laws rather than applying the constitution to them as they arrive in court, as Justice Antonin Scalia pointed out in his dissent in the Obamacare case.  Reaction to the gay marriage ruling was far more muted than to the Obamacare one.  We will discuss.

The Goffstown Police Department’s Bicycle Rodeo was postponed due to the weekend’s stormy weather.  The new date for the event is July twelfth from ten to Noon.  It will be held in the parking lot of the Shaw’s Plaza.

In Auburn, the Family Fun Movie Night was canceled due to the threat of rain.  Organizers have yet to determine the rain date.

Quote:  “I’ll get right to it – on Tuesday, I am officially kicking off my re-election campaign because I want to continue fighting for New Hampshire.”  That’s what was inside an email sent yesterday from “Team Kelly” entitled “big news.”  That, of course, means that  Senator Kelly Ayotte is running for reelection.

As reported last week, incoming Manchester Police Chief Nick Willard, along with incoming Assistant Police Chief Carlo Capano and five new officers will be sworn in at ceremonies planned for this morning at ten at the Center of New Hampshire Radisson Hotel.  The public is welcomed to attend.  Willard will officially take office on July first. 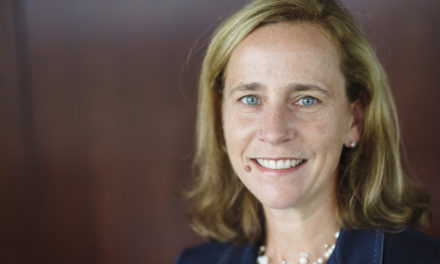