At the previous meeting of the Board of Aldermen on Tuesday, July 7, 2015 following the vote for the tentative agreement to layover I requested that the city Finance Officer, Mr. Sanders, provide an analysis of the proposed agreement for the term of the contract.

Mr. Sanders, in conjunction with the Business Services Officer of the Manchester School District, Karen DeFrancis, has provided a schedule of estimates regarding the cost increases and decreases anticipated in the FY17 and 18 budgets.

At the very heart of this discussion, and as Mr. Sanders has shown in his explanation, is the tax cap.

Regardless of any individuals personal opinion about the tax cap, favorable or not, it is the law of the city.  In 2010, 2012 and in 2014 I took an oath, as the elected Mayor, to uphold the City Charter – tax cap included.  It is not within my authority, nor is it my right, to disregard any element of the City Charter.  This is the constitution of the citizens of Manchester of which a majority voted to support and uphold.

Within the agreement between the Manchester School District and the Manchester Education Association there are many positive changes, I have long supported.  They are:

I commend the negotiating team on placing priority on the above referenced items.  For as long as I have been Chairman of the Board of School Committee we have discussed these issues at length and tried to find opportunities, outside of contract negotiations, to incorporate them into MSD operations.  Unfortunately, the inclusion of these items has always come down to contact negotiations.

Being handed out to you at this time are three worksheets, similar to Mr. Sanders.  To be clear these worksheets are based on those assumptions and calculations provide to the board.

For the purposes of my estimates, to use the best guess for the tax cap, I referred to Mr. Sanders analysis titled  – Tax Cap Estimates, FY2016 Budget.  The calculations include three tax cap computations: low, medium and high.  For the purposes of my calculation I used the medium assumption – this would allow for approximately $2.2 million in combined additional spending in each of the fiscal years between city and schools.

I would note that the estimates in your package supplied by Mr. Sanders uses 1%.  I have increased that estimate providing for more funding availability to the city and schools.

Sheet # 1 of my analysis shows additional calculations to the Estimated Budget Drivers, School District:  The difference between the cost items and the additional property tax available in each of the fiscal years leaves a significant deficit.  In FY17 the deficit is $785,862 and in FY18 the deficit is $703,862.  SCHOOL calc Budget School (1)

Sheet # 2 of my analysis shows additional calculations to the Estimated Budget Drivers, City:

It is important to note that the calculations for the city are also not reflective of any salary increases for city employees, negotiated savings or change to trend in health insurance based on the potential of negotiated contracts. CITY Calc Budget City (2)

Sheet #3 assumes the scenario of applying the additional property tax revenue available in each of the fiscal years from the city to the school district.  This is the same exact scenario that I proposed in my FY16 budget and the same exact scenario approved by the Board of Aldermen in the adopted final budget.  SCENARIO combined Calc Scenrio

When you apply that scenario across the fiscal years a deficit remains in each.  In FY17 there is a $382,727 deficit and in FY18 there is a $425,724 deficit.  Even if we apply 100% of the additional property tax available from the city to the schools in each of the fiscal years, a shortfall remains.

Based on the financial facts, as I have laid out, it would be impossible to achieve our top priority when it comes to education: adding teachers to the classroom to increase learning opportunity and reduce class sizes.

I would also note that nowhere in the tentative agreement does it state that the agreement provides for the hiring of additional teachers.  It is more than likely that the opposite would actually occur and we would be faced with maintaining vacancies and/or other repercussions.  In this instance class sizes would increase, opportunity would be lost and it will be our students that suffer.

I would remind the board that when the Manchester Patrolmen Association stepped up to renegotiate their contract many years ago it was because they wanted more officers on the street.  It was clear to all of us, and stated many times over, that one direct result of this negotiation process was the hiring of more police officers.

Further this scenario is entirely dependent on all additional property tax revenue to be placed towards the school deficit.  This scenario also assumes that either there are no negotiated contacts between any of the cities affiliated employees or any negotiated contracts between the city and the employees would result in a net- zero budgetary cost.

At this time based on all of these factors:

I have concluded that the city can not afford the proposed agreement between the Manchester School District and the Manchester Education Association.

Therefore I respectfully veto the ratification of the tentative agreement between the Manchester School District and the Manchester Education Association.

Mayor Gatsas has done it again. Earlier tonight, he vetoed a proposed agreement with Manchester educators that would have improved educational opportunities for our district’s students and saved the city on health-care costs. This is just plain absurd.

This was another tremendous opportunity for our city. Unfortunately, squandering such opportunities is what we’ve come to expect from the current administration. Here’s what I propose:

# 1 – Stop playing politics with the future of our city.

#2 – Respect everyone at the table, especially when you disagree. Recognize that educators, parents, students, business leaders, and policymakers all have a stake in this.

#3 – Create solutions, not more obstacles. Either work with those trying to meet our city’s challenges, or step aside.

If you support authentic change from these failed policies and want to see solutions to our challenges, join the fight by getting involved in our campaign today. To volunteer or display a yard sign for authentic change in Manchester, contact us by clicking here or visit http://www.ArnoldForMayor.com.

P.S., Don’t forget to join us on Saturday, August 8th, from 3-5pm at the home of John Clayton at 241 North Street for a campaign meet-and-greet!

“Last night, Mayor Gatsas vetoed the teachers contract which is just another example of the Mayor holding our city back,” said Craig.  “Both our School District and City Finance Director validated the contract, yet the Mayor ignored their professional assessments and chose to do his own math.  We should have passed this contract but the Mayor failed to provide any good reason for his veto other than his poor arithmetic which he failed to share with anyone else prior to the meeting.  I supported this contract because it had significant health insurance changes that would have saved money and it allowed teachers to teach an extra class which would have helped with our large class sizes.  The school year begins in a month and our teachers will yet again return to their classrooms without a contract. Our students and our teachers deserve a mayor who values education and can work with others to move Manchester forward.”

Joyce Craig currently serves as the Ward 1 Alderman and is a candidate for mayor of Manchester.

Time to VETO the current Mayor!

“The education of our youth must be the top priority for our community and an area where we never lose focus. Ensuring talented teachers and staff are retained in the district must be a part of this effort!”

Manchester is fortunate to have quality teachers and we cannot afford to lose their talents. Failure to approve a budget, which provides increased pay and benefits to these professionals, risks our children’s future.  A quality education is the front line in defending against social problems such as crime and teen drug use.  It is unfortunate the Mayor and  Alderman, one of which is also a mayoral candidate, cannot collaborate to ensure our schools retain and keep our teachers motivated.  Failure to have an increase in teacher’s salary, for the past three years, is a failure of the current Mayor and Board of Alderman.

I asked the current Mayor and Board of Alderman “Why are there insufficient funds for approving increased funds for education, and where have these elected officials been for the past three years?”

As a businessman, I have created and modified actual budgets that employed people. Planning is an important part of the budget process and prioritizing is an even more important aspect. This means a complete review of all expenses to determine how to find funds to benefit our teachers, administrators and children.

“It’s time to have a Mayor in the city that will take a fresh look at the budget priorities and ensure education is valued.  The current Mayor and Alderman, including those on the board running for Mayor, have lost touch with the day to day realities of our educational system.  Now is the time to invest in our future!”   Said Alibaba 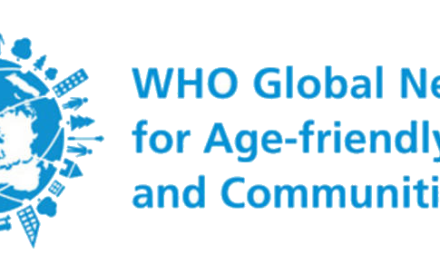