A court runling came in the Derry budget battle last yesterday as Rockingham County Superior Court Judge David Anderson ordered the town to set a special election by September thirtieth to provide an up or down vote on the eight petitions submitted by residents designed to overturn budget cuts enacted by the town council.  Inasmuch as we caught the ruling in a social media post and haven’t had a chance to read all of the more than fifteen page ruling, we’re not entirely certain of the judge’s reasoning, but he appears to have accepted the plaintiff’s assertion that the town charter allows for referendum to overturn budget decisions, the other parts of the town charter and state law that vest sole budget authority in the council notwithstanding.  The Derry Town Council meets tonight for a regularly scheduled meeting.  Whether or not they will vote to appeal the case to the state Supreme Court is unknown.

The Southern New Hampshire Planning Commission announced they will host a Gossler Park Neighborhood Charrette tomorrow night form six to seven thirty at the school.  Organizers say it’s an opportunity for youth, families, and neighborhood residents to help shape the school grounds and the neighborhood surrounding Gossler Park and Parkside.  Public input and new ideas will be discussed for new and improved facilities including playgrounds, transportation and traffic, walking and biking, special needs accessibility, improved safety and security, new and improved landscaping and  general cleanup and beautification.  The goal of the charrette is to identify affordable and easy to accomplish projects for both short and long term.  All ideas and suggestions are welcome!

Gatsas: Time to pay for benefits.

Including a nearly ninety minute long non public meeting right in the middle of everything, last night’s Board of School Committee meeting in Manchester, was eventful.

Mayor Ted Gatsas brought forward a motion to require board members to pay one hundred percent of the cost of the health and dental benefits they receive through the district.  Right now, those who take the plan pay only twenty percent.

The motion brought howls of protest from the Ward Seven’s Ross Terrio, who doesn’t take the benefits but didn’t want to vote to strip them from board members who do.  Quote, “They’ve planned their lives around these,” he said.  Gatsas said his motion was to make them pay for them, not take them away.  Terrio objected to removing the subsidy until the end of the fiscal year, too

Other’s, like Ward Eight’s Erika Connors, who does take the benefits, wanted to know if that motion had to go through the Board of Aldermen or whether or not the benefits were protected by the charter.  Ah, the answer to both is NOPE!

Ultimately, Gatsas allowed a tabling motion by Ward One’s Sarah Ambrogi.  Ambrogi didn’t seem to get that Gatsas was making the motion to ramp up the savings in this year’s budget to offset the deficit coming in the next year’s, a projected one point nine million dollar deficit confirmed by Business Administrator Karen DeFrancis during the debate, saying there’s no problem in the current fiscal year.  Ambrogi also protested Gatsas’ motion saying the projected savings were unknown.

Superintendent Debra Livingston announced that the contract’s terms would be implemented with this Friday’s pay check, which is weird since Mayor Gatsas said last Wednesday he’d not seen the contract and hadn’t signed it.

Also last night, despite saying there was no comparative data to do a before and after assessment of the district’s head lice policy, Health Director Tim Soucy said the policy was working well and should continue.  He said in the year since the policy allowing kids with live bugs in their heads to remain in school went into effect, there have been fifty seven recorded cases of head lice, thirty six of which were chronic, meaning kids who had three or more infestations.

Under questioning by Mayor Ted Gatsas at the Coordination Committee, Soucy was unable to say whether or not kids in classrooms with an infected classmate were more likely to get head lice as there wasn’t any data.  Under the current policy, children in a class with an infected classmate are not checked by the nurse nor are the parents notified so they can check at home.  It was unclear whether or not the fifty seven cases came from the twelve hundred kids checked during what Soucy called quote unquote “point in time” inspections last year or were those reported to the nurses.  Soucy was also unable to say whether or not there was an increase or decrease in the number of cases as there was no prior data.  He said his gut feel was that the number of cases, chronic or otherwise, had remained about the same.

Superintendent Debra Livingston was unable to answer questions about whether or not the policy has resulted in increased attendance, which was the original goal of the policy.

Van Houten: Learned from the past

The Hooksett School Board also got an answer to the question as to whether or not kids who start their schooling in Manchester can stay in its schools until they graduate.  It’s “yes.”  The board unanimously adopted a motion to send a letter to the them stating that any child who starts in a Manchester school may stay in that school until they graduate in perpetuity, tuition contracts notwithstanding.  The board also took the curious step of voting to form another negotiations committee to bring negotiations with the town to a conclusion.  It was opposed only by Gatsas and Ward Twelve Committeeman Connie Van Houten.

There was more, like a presentation from the principals about things that need to change, which was actually pretty good, motions to accept tuition students from any place that will pay the freight, an update on class sizes, which looked pretty good, actually and OOOHHH sooo much more.  We’ve linkd to all the action in our Live Blog Forum from this news read and, of course, will have plenty to discuss today and tomorrow.

And, did we mention today’s Election Day in the Queen City?  Be sure to get out and vote, especially if you support the tax cap!

That’s news from our own backyard, Girard at Large hour ____ is next! 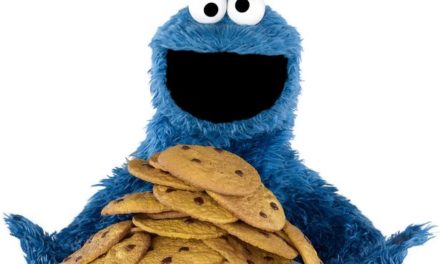