Donald Trump and the Prospect of Profiling

“Has Donald Trump finally gone too far?”  Rich wondered aloud as he commented on Trump’s targeting of certain groups.  He pondered about whether we are wrong to profile and gave his thoughts about deporting certain individuals.  He then took a call from Public Safety This Week’s Jim Gaudet, who shared with us about profiling.

(Hour 2b) Rich continued his conversation about profiling.  He shared perspectives from different GOP Presidential candidates (We pasted Gov. Jim Gilmore’s press release below).  “One life taken by a radical terrorist is one life too many.  I’m with Trump,” a listener told us.  He brought up the Boston Bombing and pointed out that the bombers should have been better monitored.  He talked to us about the screening process and commented on the reaction that Trump has been receiving.

My remarks to the Republican Jewish Coalition last Thursday have resulted in a media uproar on the left from outlets such as MSNBC. They accuse me of pandering and lumped me in with those who really did pander.

I want to applaud their uproar, because it demonstrates how desperate they are to belittle anyone who is unafraid of the facts and willing to say what needs to be said.

I told the audience that we are failing in one of our most important duties: to fight the ideology of Radical Islam. Our military is the best in the world, but we – the political leaders – have to fight the enemy’s ideology and defeat it just as our troops win the fights with bullets and bombs. As Marine Gen. Peter Pace wrote in his guidance to his staff upon becoming Chairman of the Joint Chiefs of Staff in 2006, what we say and what we write is as important as how well we shoot. We can’t win the kinetic war without also winning the ideological war.

The global Jewish community, having undergone the Holocaust, understands the value of a single human life. The point I made, and the audience understood, was that I was condemning the terrorist method of attacking civilians, and contrasting it with the powerful statement in Schindler’s List: “He who saves one life saves the world entire.” I believe that’s actually a quotation from the Jewish Talmud.

I also quoted — verbatim — what Spencer Tracy said in one scene in the movie Judgement at Nuremberg: “A country isn’t a rock. And it isn’t an extension of one’s self. It’s what it stands for, when standing for something is the most

difficult. Before the people of the world let it now be noted in our decision here that this is what we stand for: justice, truth… and the value of a single human being.”

I say to those in the media who try to mock me that what Tracy said is what differentiates us from the rest of the world. That is why, as president, I will revoke Obama’s nuclear weapons deal with Iran. It is why I will be steadfast in support of Israel against those nations and terrorist networks who seek to destroy us and the Jewish nation. It is why I will lead America, saying what needs to be said and doing what needs to be done – and only a president can lead the ideological war – until we win the global war the terrorists and the nations that support them wage against us. 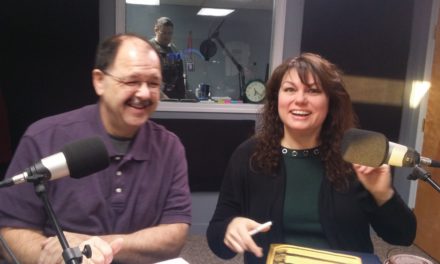