Schools in Nashua are closed today after administrators received threats of violence against both Nashua North and South high schools over the weekend.  Neither School Superintendent Mark Conrad nor the Nashua Police Department would release the details of the threats, but they said they were specific against students, staff and the means by which they would be carried out.  The Nashua Police Bomb Squad and State Police vehicles were seen in the parking lot of Nashua North last night.  Because police couldn’t rule the threats out as non-credible, Conrad says they decided to shut the entire district down today.  Some fourteen thousand robo-calls went to parents and staff last night advising that school would be closed.

Governor Margaret Wood Hassan issued a statement about the threat on her Facebook page last night, saying state officials are closely monitoring the situation.  She said the State Police and emergency management officials are working closely with those in Nashua and the F B I to monitor and investigate the threats.  In published news reports, Conrad expressed concern with the threat maker’s knowledge of the buildings.  He expects schools will reopen tomorrow.

Nashua Catholic Jr. High and St. Christopher’s Catholic School announced they will be closed today as a precaution as well.  Bishop Guertin is already closed for its Christmas break. 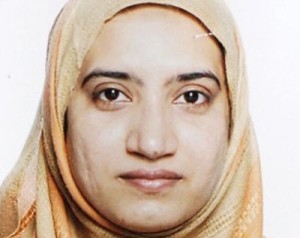 Malik: Made it through the screens, despite jihad postings

The House of Representatives passed the Combat Terrorist Use of Social Media Act of 2015 last week, ordering the Obama Administration to produce a full report of terrorist organizations’ social media tactics and a strategy to combat them within 90 days.  Yeah, good luck with that!  First District Congressman Frank Guinta, voted for the bill a day after the State Department admitted to ABC News that “something went wrong” with its vetting of Tashfeen Malik, the ISIS adherent who passed multiple background checks, before killing fourting Americans in San Bernardino, despite the Pakistani national’s calls to Islamic jihad online.

In a statement, Guinta said quote:

Guinta called the prohibition “malpractice” and said it cast serious doubt on the Administrations ability to screen thousand of refugees.  Guinta reiterated his call to pause the importation of Syrian refugees until the screening process can be figured out.

Guinta also voted against last week’s trillion dollar omnibus spending bill, saying the good things he supported in the bill, like the repeal of the Obamacare Cadillac and medical device taxes and increased funding to combat heroin abuse were quote “merely inducements to vote for more federal bloat and debt.”  He said he was elected to reduce our ninteen trillion dollar national debt, and that he voted against the bill to keep that promise.  He also criticized the two day notice given to read the more than two thousand page bill and said he quote “will continue to fight for openness and transparency, economic reform and greater opportunity for Granite Staters, who deserve better from their government.”

Hooksett School Board Member James Sullivan has fired back at former Hooksett School Board member David Pearl’s criticism of the board for indefinitely suspending meetings of a budget subcommittee established last November to dig into the district’s budget.  The committee was mothballed in March, following the school district elections.

In a statement issued to Girard at Large, Sullivan, who made the motion to discontinue the committee said quote:

“It is my view that it’s the full board’s responsibility to do what the subcommittee was established to do.  So it was, to me, unnecessary to create another level since it is up the board to decide as a whole on what is (in a) default (budget)…(and) if there are concerns with what can or cannot be (a) default (item), perhaps the RSA needs to be defined (more clearly).”