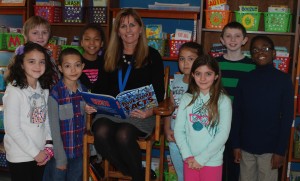 Principal Shelly Larochelle of Northwest Elementary School in Manchester was named the Elementary School Principal of the Year yesterday.  This award is given by the New Hampshire Association of School Principals to a principal at each of the elementary, middle and high school levels.  Larochelle was praised by her colleagues who said she has a special way of motivating and empowering teachers to encourage their students to be lifelong learners.  She will go to Washington, D.C. to represent New Hampshire when the National Association of Elementary Principals names the 2 0 1 6 National Principal of the Year.  We’ve posted the Manchester School District’s press release with all the details at Girard at Large dot com and linked to it for your convenience.

The city of Manchester recently received a two point nine million dollar grant from the U S Department of Housing and Urban Development to ensure that lead paint is professionally and thoroughly removed from homes.  Manchester’s lead removal program is a part of the Community Improvement Program.  Officials are now accepting applications from homeowners and landlords whose tenants meet the income limit and fair-market rent requirements.  Their requirements and application materials can be found at Lead Safe Manchester dot com.

Manchester Mayor Ted Gatsas announced big savings for the city and school district at Monday’s meeting of Board of School Committee.  The school board agreed to a contract negotiated by Gatsas withElliot Health Systems and Catholic Medical Center which provides the district with a three percent discount on health insurance claims filed by employees who use either hospital and are on the district’s health insurance plan.  According to Gatsas, the agreement is projected to save four to six hundred thousand dollars.  An identical deal was arranged for city employees and will be on next week’s agenda of the Board of Mayor and Aldermen.

In a related item, the school board also approved Gatsas’ longstanding request to conduct a “dependents eligibility audit” of their health and dental insurance programs.   As a result of the board’s action, the district will issue a Request for Proposals in conjunction with the city, which voted to conduct the same audit several weeks ago.  The audit is designed to ensure that all dependents covered by the health and dental programs are eligible for coverage.  Gatsas proposed the audit several months ago after learning the state of New Hampshire had concluded one that removed over four percent of covered dependents from their programs.  The move could save the city and school district significant sums of money.

NHRTL: March for Life this Saturday

N H Right To Life will hold its annual March for Life this Saturday.  Beginning 9:00, there will be a memorial service at the Concord landfill, lead by Rev. Garrett Lear.  This memorial is to remember those pre-born children who were literally thrown away, ending up in Concord’s landfill.   Following the vigil, at 10:00, there will be a Catholic Mass at St. John the Evangelist Parish on Main Street.  The Rally for Life begins at 11:15 am on the State House steps.  Speakers at the Rally will include Fr. Christian Tutor and N H Right To Life President Jane Cormier. 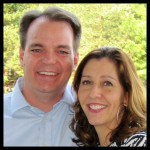 The March itself will step off from the grounds of the State House at 11:45 and process down Main Street to St. John the Evangelist where refreshments and lunch will be served.  Beginning at 1:00 pm, Brad and Jesi Smith from SaveThe1, an organization dedicated to saving the one percent of children conceived in rape or incest or have so called “fatal fetal anomalies” will give the keynote address, sharing their family’s story to challenge society’s bizarre mission to wipe the disabled and supposedly “unwanted” from the face of the earth.  For more information, visit: n h r t l dot org slash M F L 2 0 1 6

The Founders Academy Public Charter School in Manchester is hosting an open house for prospective students on Tuesday, January 19th at six P M.  The school’s mission is to provide a classical education and prepare students to be not just citizens and leaders, but also the guardians of the traditions and liberty of our nation.  For more information, visit their website at the founders academy dot org.

Three bills that the Joint Task Force for the Response to the Heroin and Opioid Crisis in New Hampshire recommended for expedited review were heard and passed by a joint committee hearing yesterday.  The State Senate will vote on the bills this Thursday.  The legislation includes:  SB 369-FN – requiring public schools to include drug and alcohol education as part of their health education curriculum; SB 576-FN-A – relative to the penalty for possession and use of fentanyl-class drugs and insurance coverage for substance use disorders, among other provisions; and SB 447-FN – relative to the controlled drug prescription health and safety program and establishing a commission to study Narcan.