Not even two and a half months.  That looks like all the time former Manchester Police Officer Stephen Coco spent in prison after being sentenced to a year in the Big House after striking two Bedford boys with a police issued S U V and leaving them bleeding in the street after leaving the scene of the accident.  Coco’s original plea deal was rejected by Hillsborough Superior Court Judge Gillian Abramson for failure to carry the felony charges originally filed by Bedford Police and insufficient jail time.  After rejecting the plea bargain, Sullivan County Attorney Marc Hathaway, who handled the case, came back with another plea deal that included the felony charges and a year behind bars.  After conviction, Coco was transferred from the Valley Street Jail in Manchester to the Coos County Jail, though he

remained under the jurisdiction of Hillsborough County Jail Superintendent David Dionne, who exercised the authority granted to jail superintendents under a law passed in two thousand thirteen, to release Coco early.  Hathaway objected when his input was requested on the matter and brought it back before Judge Abramson, asking her to reverse the early release, which was granted June sixth, and return Coco to jail.  In a statement before the court at yesterday’s hearing, Coco basically said seventy two days in jail was enough and this is the best thing for him and his family.  No kidding.  Roy Drukker, father to the boy most seriously injured by Coco in the hit and run, called the early release insulting.  Abramson is expected to rule on Hathaway’s request to return Coco to jail this week.

Hassan: Spending to be investigated?

Senate Finance Committee Chair Jeanie Forrester, R-Meredith, has requested that Fiscal Committee Chair Mary Jane Wallner schedule a fiscal year two thousand fourteen state spending update as part of the next regularly scheduled Fiscal Committee meeting later this month.  Last week, lawmakers learned that state revenues for the fiscal year exceeded projections by approximately Five point eight million dollars.  Yet while revenues have met estimates set in the budget, it remains unclear how the Executive Branch has performed with regards to controlling spending.  “As we move into the second year of the biennium, it is imperative to have a comprehensive understanding of our current financial position, especially on the expense side of the budget, in order to determine if any legislative action is necessary to ensure we live within the balanced budget we all voted for,” said Forrester.

The Manchester Police Department swore in fourteen new officers yesterday in a ceremony held at the Center of New Hampshire Radisson.  The big question now is when do the ten men and four women hit the streets as summer crime activity has ramped up with the change in weather.  This is the largest swearing in ceremony the city’s police department has seen in a number of years.  In addition to filling vacant positions, the department received funds to hire additional officers in the budget just adopted by the city.  We’ve published bios of all the new officers with this newscast at Girard at Large dot com so you can learn a little about the new officers who just officially joined the force.

Tonight is the night of the Super Secret Public Hearing on The Manchester Academic Standards, located at Memorial High School in sunny South Manchester.  It’s bad enough that someone at the school board or school district or both decided that the week following a holiday weekend when sooo many people are away on vacation is a great time to hold a public hearing on something as important as academic standards.  However, that the district has made no effort to publicize the hearing beyond posting legally required meeting notices and agendas ought to have people wondering just what they’re doing with their new public relations specialist.  Moreover, the standards are not attached to the agenda nor is there any reference to where they can be found for the public’s inspection.  Don’t hold your breath thinking they’ll have copies for the hearing.  In any event, if you’re available to attend the public hearing, it starts at seven.  Maybe between now and then we’ll get word from Assistant Superintendent David Ryan as to when a complete set of standards will be available for the public and professionals like Dr. Sandra Stotsky who have asked for them so they can offer their comments.

The Souhegan Tea Party will meet tomorrow night at six thirty.  Guest speakers will include G O P U S Senate candidate Jim Rubens and Second District Congressional candidate Gary Lambert.  The meeting will be held at the Milford Library starting at six thirty and is open to the public.  For more information, visit Souhegan Tea Party dot com.  Also this week, the newly formed Greater Wilton Republican Committee will meet on Thursday from seven to nine at the Wilton Library.  Guest speakers will be Gary Daniels, candidate for State Senate in District 11 (Amherst, Merrimack, Milford, & Wilton); and Dave Wheeler, candidate for Executive Council for District 5. 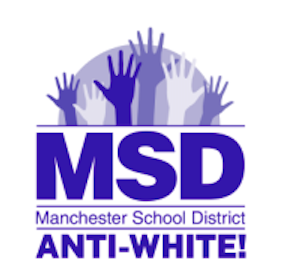 Thursday, March 24 in the NH House

Thursday, January 14 in the NH House