Girard at Large has obtained a presentation given by Hampstead Budget Committee Chairman Jorge Mesa-Tejada, whom we’ve nicknamed “Jorge the Horrible,” to the Hampstead School Board back in October regarding the alleged need for an addition to the Hampstead Central School to eliminate portable classrooms. 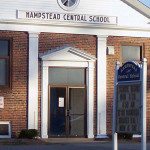 HCS:  Not in need of addition

In the analysis, which has been uploaded with this news read at Girard at Large dot com, Mesa-Tejada gave a detailed assessment of the building’s Design Capacity, Educational Capacity and Utilization Rate as defined by the state’s education standards, about which he is a recognized expert.  His findings?  Excluding the existing portable classrooms, the number of students divided by the Educational Capacity of the building produces a sixty one point seven percent utilization rate, leading to the conclusion that an addition is not necessary to eliminate the portables.

This presentation just might be a reason why Superintendent Earl Metzler and the Hampstead School Board, who support their proposed four point six million dollar bond, went looking for a reason to eliminate the budget committee from the public process and manufactured an opportunity to smear “Jorge the Horrible.”

Meanwhile, supporters of Mesa-Tejada have created the hash tag stand with Mesa (#standwithmesa) for Facebook and Twitter.  We encourage all who believe that the abuse of public resources and authority by appointed officials, against those elected to oversee them, should not be be tolerated to express as much when next on Facebook or Twitter.

The Hooksett Police Department is looking for information regarding a shooting that took place yesterday sometime between the late morning and mid-afternoon.  A bullet hole was found in the window of a home on Meadowcrest Road.  No one was injured as the owners were not home.  Anyone with information is asked to contact the department at 6 2 4 1 5 6 0 or to leave an anonymous tip at Hooksett police dot com.

New Hampshire Attorney General Joseph Foster announced that his office filed a motion to intervene in the “Tennessee Gas Pipeline, LLC” project to construct and operate a natural gas pipeline.  The A G is seeking a Certificate of Public Necessity and Convenience, which is a pending action before the Federal Energy Regulatory Commission.  The proposed pipeline route would cross seventy miles of Southern New Hampshire.  Several other state agencies, including the Governor’s Office of Energy and Planning, the Public Utilities Commission, the Department of Environmental Services, the Fish & Game Department, the Department of Resources and Economic Development, the Site Evaluation Committee and the Department of Transportation are seeking to intervene in the FERC proceedings.

The Manchester Board of Mayor and Aldermen will convene for its first real meeting of the new term tonight, as will several of its sub committees.

Of interest at the Committee on Accounts, Revenue Administration and Enrollment is a request by the McIntyre Ski Area to restructure the payments on its debt to the city.  Currently, there is a staggered payment structure that reduces the payments owed over time.  Blaming three consecutive “bad winters,” MacIntyre’s operator is asking to level out the payment structure, which decreases their current payments and increases their future ones.  In the short run, it saves them about sixty thousand dollars a year.  Finance Officer Bill Sanders is recommending the restructuring.

On the agenda for the Committee on Administration and Information Systems are two items of note.  The first has to do with a citywide revaluation of the tax base which has to take place this year.  The second is a so called Transportation Network Services Ordinance that would govern ride-share companies like Uber.  City Clerk Matthew Normand has come forward with a proposal to regulate the companies in the hopes of legitimizing the ride sharing that’s been ongoing in the city despite the inability to come to terms with Uber on an ordinance. 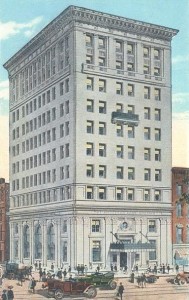 Citizens Bank Building:  Back to the future and tax breaks too?

The Committee on Lands and Buildings will entertain a request to let the new owners of the Citizens Bank building create a staircase that encroaches onto the sidewalk along Elm Street.  The building will also be the subject of a special meeting of the board called to take public testimony on the owners’ request to defer paying property taxes on the improved value of the building once planned renovations are completed.  That hearing’s at six thirty in the Aldermanic Chambers at City Hall.

The Special Committee on Alcohol and Other Drugs will receive an update from developer Dick Anagnost on the efforts to convert the former C A Hoitt Furniture Building into a social services and drug treatment center for Hope for NH Recovery.

On the agenda for the board itself, its will receive its annual report on city employee health insurance utilization rates, give final approvals to a half million dollar bond to renovate the Michael Briggs Community Center, change the zoning of the former Osram Sylvania property on South Willow Street to make way for a new mall, name the field at Gill Stadium after legendary football coach Jim Schubert, and determine the fate of the request by the Citizens Bank building owners to defer paying taxes on the post-renovation value of their property. 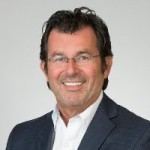 Flotz: Do or Die on Millyard parking

Finally, the board will hear from Peter Flotz of the Lansing Melbourne Group who is scheduled to present the findings of a controversial Millyard Parking Assessment.  Flotz is expected to suggest where parking could be built and how it could paid for.