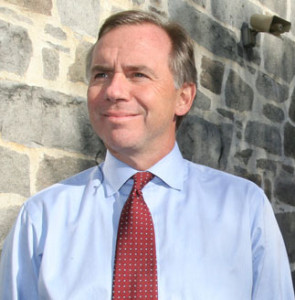 The Manchester Board of Mayor and Aldermen convened for a remarkably short, but important series of meetings last night and we, of course, have the details.

Industrialist, developer and communications magnate Bill Binnie addressed the board during a special meeting held to take testimony on his application to defer paying property taxes on the renovated value of the former Citizens Bank Building.

During his testimony, Binnie said that renovations have been ongoing for six months and that prior to their purchase of the building, it was largely vacant.  The redevelopment plan includes significant retail space on the ground floor and ninety four one and two bedroom apartments on the upper floors. 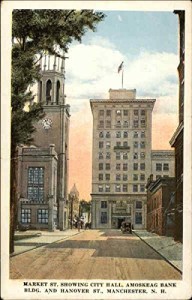 On the way to being a proud downtown centerpiece once again

In advocating for the exemption, Binnie said he will invest at least three million dollars to renovate the building he paid eight point four million dollars for and that he expected the tenants that occupy the first floor, which may include a studio for his T V station, WBIN, will invest millions more.  He confirmed he was negotiating with Starbucks and said he would use his Boston connections to help land other national chains on Elm Street.

Despite paying about two million dollars less for the property than its assessed value with the city, Binnie said he would not seek an abatement on the property because he knew it would set a precedent that would likely have other tower owners coming forward to lower their assessments, which he said he knew would be bad for the city.  “I’m a New Hampshire guy.  I get it,” said Binnie.  The application was approved unanimously at the board’s regular meeting later in the evening.

The city got some good news on its health insurance utilization rates last night.  Representatives of Anthem Blue Cross Blue Shield, which administers the city’s self insured health plan, said the city’s medical claims remained level with the prior year at fifteen point two million dollars paid.  Prescription drug claims however jumped by fourteen point nine percent.  The city shelled out more than three point nine million dollars for prescriptions, driving the overall cost of the city’s health insurance plan up by two point two percent.  The prior year, it jumped by eight point eight percent.

The data seemed to indicate that changes to the plan’s design enacted when city employee union contracts were reopened and extended two years ago coupled with better educational efforts have caused employees to make better health care choices.  One sore spot is the continued misuse of emergency rooms.  Anthem said fifty three percent of E R claims could and should have gone to other providers.  Overall, Manchester compared favorably to other communities and the state and national averages.  There are three thousand eighty one people covered by the city’s health insurance plan. 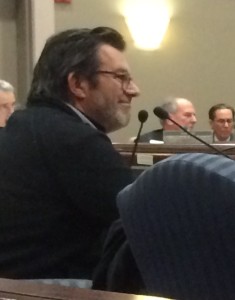 Flotz: Plan in the works

The board also heard from Peter Flotz of the Lansing Melbourne Group about parking in the Amoskeag Millyard.  Several sites were identified to add parking and the recommendation to establish a city created and controlled parking district for the purposes of assessing a user tax, similar to the one levied by the Central Business Service District, was made.  Flotz said he will meet with Millyard building and business owners, as well as elected and other city officials in a stakeholders’ meeting to gather further information and develop a plan, with costs and ordinances by May.  He expects to provide an update in four to six weeks. 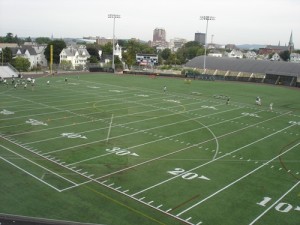 Field at Gill Stadium gets a new name

In other items from last night’s meeting, after a protracted discussion, the field at Gill Stadium was named after legendary Central High Football Coach Jim Schubert.  During the discussion which centered on whether or not it should also be named after another Central legend, Hubert McDonough Sr., Ward One Alderman Kevin Cavanaugh suggested the city consider developing a monument park at the stadium, similar to the one built by the New York Yankees, to honor all of its legendary sports figures.

City Hall: Will be ABC News backdrop for NH Primary

The board also gave A B C News exclusive use of City Hall Plaza for its First in the Nation Primary coverage.  In exchange for a twenty five thousand dollar fee negotiated by Mayor Ted Gatsas, A B C will place its portable studio on the plaza with City Hall as its backdrop and have control over parking and access around City Hall from February sixth through the tenth.  Good Morning America and Nightly News will originate from there, in addition to their special primary coverage.

Sandown:  Another attempt to leave Timberlane

Seems residents of Sandown didn’t take too kindly to their Board of Selectmen pulling the plug on the last study to evaluate the feasibility of withdrawing from the Timberlane Regional School District.  They voted against submitting the completed study to the state Department of Education.  Citizens for the Advancement of Sandown Education, or CASE, has launched a Web site featuring a Citizen’s Petition Warrant Article that would again study the town’s departure.  Seventy percent of Sandown’s voters approved the question that started the study last year.

Adding to the proponent’s cause is the budget recently approved by the Timberlane Budget Committee, which increases spending, according to Timberlane School Board member Donna Green, by nine point three percent over the actual two thousand fourteen fifteen expenditures, which was a budget that had a four million dollar surplus.  Advocates of the warrant article are urging supporters to attend Sandown’s Town Deliberative Session on Saturday, January 30th to support the question and fend off rumored amendments that would neuter the question and deprive voters of a fair referendum on the withdrawal question when it hits the ballot in March.